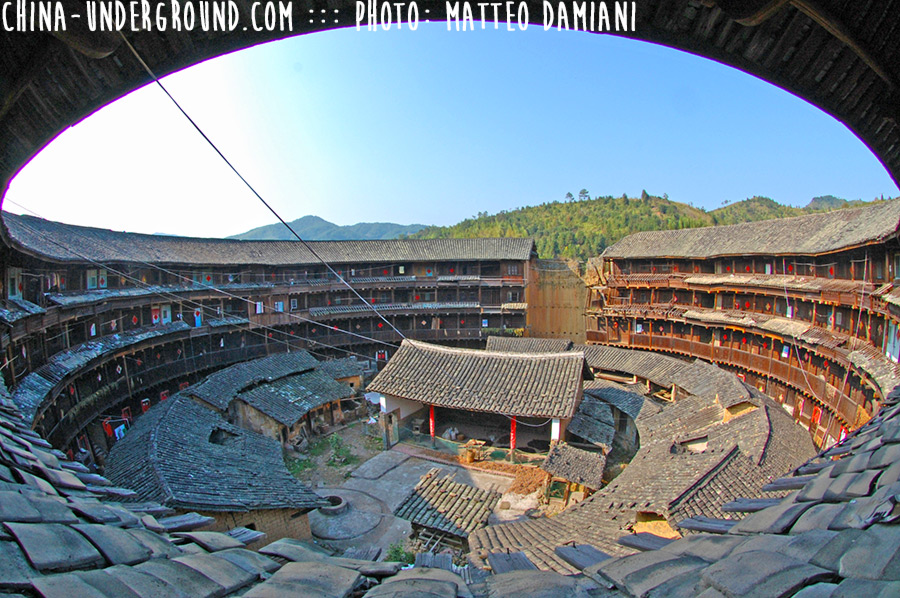 Facts about China. Get information, facts, and pictures about China at China-underground.com.

China boasts a fascinating contrast of traditional and modern. Explore our interesting China facts to discover its rich history, treasures, and culture.

What time is it in China?

China, officially the People’s Republic of China (PRC, 中华人民共和国, Zhōnghuá Rénmín Gònghéguó), is the world’s most populous country with a population of around 1.411 billion. Governed by the Communist Party of China (CPC, 中国共产党 Zhōngguó Gòngchǎndǎng), it exercises jurisdiction over 22 provinces, five autonomous regions, four direct-controlled municipalities (Beijing, Tianjin, Shanghai, and Chongqing), and the special administrative regions of Hong Kong and Macau.

The flag of the China (中华人民共和国国旗, Zhōnghuá Rénmín Gònghéguó guóqí) is a red field charged in the canton with five golden stars. The red represents the communist revolution; the great yellow star symbolizes the CPC, the four small stars symbolize the four social classes, representing the unity of the Chinese people.

The state is governed by its vanguard party based in the capital of Beijing. It exercises jurisdiction over 22 provinces, five autonomous regions, four direct-controlled municipalities (Beijing, Tianjin, Shanghai, and Chongqing), two mostly self-governing special administrative regions (Hong Kong and Macau), and claims sovereignty over Taiwan.

After 1978, MAO’s successor DENG Xiaoping and other leaders focused on market-oriented economic development and by 2000 output had quadrupled. For much of the population, living standards have improved dramatically and the room for personal choice has expanded, yet political controls remain tight. Since the early 1990s, China has increased its global outreach and participation in international organizations.

The People’s Republic of China has an area of about 9,600,000 km2 (3,700,000 sq mi). China has great physical diversity. The west and north of the country are dominated by sunken basins (such as the Gobi and the Taklamakan), rolling plateaus, and towering massifs. The eastern plains and southern coasts of the country consist of fertile lowlands and foothills and is the location of most of China’s agricultural output and human population. The southern areas of the country (South of the Yangtze River) consist of hilly and mountainous terrain. China contains part of the highest tableland on earth, the Tibetan Plateau, and has much lower agricultural potential and population.

What are the highest mountains of China?

Mount Everest (8,848 metres) is Earth’s highest mountain above sea level, located in the Mahalangur Himal sub-range of the Himalayas. The international border between China (Tibet Autonomous Region) and Nepal runs across its summit point. K2 at 8,611 metres above sea level, is the second highest mountain in the world. K2 is the highest point of the Karakoram range and the highest point in both Pakistan and Xinjiang.

What are the longest rivers of China?

China has 50,000 rivers, each with a catchment area greater than 100 square kilometers.

China’s three major rivers are the Yangtze River (Chang Jiang, 长江, the third longest river in the world. 6,300 kilometers long and has a catchment area of 1.8 million square kilometers), the Yellow River (Huang He, 黄河, 5,464 kilometers and has a catchment area of 752,000 square kilometers), the Heilongjiang (Heilong 黑龙江 or Black Dragon River, or Amur River). The longest river in South China is the Zhujiang (Pearl River), which is 2,214 kilometers long. Other major rivers are the Liaohe in the northeast, Haihe in the north, Qiantang in the east, and Lancang (Mekong) in the southwest.

The People’s Republic of China is is the world’s most populous country. According to UN World Population Prospects 2017, China’s population is 1.411 billion.

The one-child policy, a part of the family planning policy, was a controversial population planning introduced in 1979 and began to be formally phased out near the end of 2015 and the beginning of 2016. The one-child policy allowed exceptions for many groups, including ethnic minorities. According to the Chinese government, 400 million births were prevented.

Related: Customs of Hani People, Traditions of Yi People, The last face-tattooed women of China, Traditions of Sani People , The walking marriage of the Mosuo, Sky Burial: the macabre Tibetan ritual dissection, The mysterious hanging coffins of the Bo people

The People’s Republic of China has urbanized significantly in recent decades. The percent of China’s population living in urban areas increased from 20% in 1980 to over 55% in 2016. As of 2012, there are more than 262 million migrant workers in China, mostly rural migrants seeking work in cities.

With thousands of years of continuous history, China is one of the world’s oldest civilizations, and is regarded as one of the cradles of civilization. The earliest known written records of the history of China date from as early as 1250 BC, from the Shang dynasty (c. 1600–1046 BC). Neolithic civilizations originated at various cultural centers along both the Yellow River and Yangtze River.

The Zhou dynasty (1046–256 BC) supplanted the Shang, and introduced the concept of the Mandate of Heaven to justify their rule. In the 8th century BC the country eventually splintered into smaller states during the Spring and Autumn period. These states became independent and warred with one another in the following Warring States period.

In 221 BC Qin Shi Huang conquered the various warring states and created for himself the title of Huangdi or “emperor” of the Qin, marking the beginning of imperial China.

Most nation-building efforts were stopped during the full-scale Second Sino-Japanese War from 1937 to 1945, and later the widening gap between the Kuomintang and the Communist Party made a coalition government impossible, causing the resumption of the Chinese Civil War, in 1946, shortly after the Japanese surrender to the Americans and the Western Allies in September 1945. During the Second Sino-Japanese War many atrocities were made by the Japanese forces.

A series of political, economic and military missteps led to the KMT’s defeat and its retreat to Taiwan (formerly “Formosa”) in 1949, where it established an authoritarian one-party state continuing under Chiang Kai-shek. Taiwan considered itself to be the continuing sole legitimate ruler of all of China, referring to the communist government or “regime” as illegitimate, a so-called “Peoples’ Republic of China” declared in Beijing (Peking) by Mao Zedong in 1949, as “mainland China”, “Communist China, or “Red China”.

The best old photos of China , amazing old maps of China, eunuchs of Imperial China , the dramatic Henan famine in 1942 , Lost City Shicheng found underwater ,  episodes of cannibalism in China during the famine , lotus feet , torture in ancient China , old pictures of Tibet , boxers during late Qing dynasty , the history of Chinese prostitution , Chinese opium-smockers , paintings of the Ming and Qing Dynasties , History of Chinese Diaspora in America, Jesuits in China, the amazing art of Castiglione at the Chinese Imperial Court. 1890-1934: Xinhai revolution (1911 revolution of China) pictures , 65 rare images of old China by Maurice-Louis Branger , Chinese during World War I in France , The curious case of mr Alfred Raquez, a Parisian fugitive on the run in the Far East , Amazing Japanese war prints of the Sino-Japanese war. Second Sino-Japanese War and World War II: Unit 731 part 1 and 2 , Japanese officer committing seppuku , Liberation of Shanghai (1949) , The Chinese Flying Tigers & The American Flying Tigers, Chinese Civil War. Mao Era pictures: Sino-Soviet images , Propaganda during Cultural Revolution , Propaganda for Chinese children during Cultural Revolution , The beginning of the Cultural Revolution , the trains of Mao , Cultural revolution memorabilia , the Great Tangshan earthquake. After 1978: 30 beautiful pictures of a traditional Chinese sauna , Pictures of the war of China against Vietnam , 40 years of history of China , China in the ’80s , Chinese Space Program photostory , The colors of China: 30 years of China’s history in pictures.

At China-underground you may find thousand of amazing images of China.

Science and technology have developed rapidly in China during the 1990s to 2010s. China has made rapid advances in areas such as education, infrastructure, high-tech manufacturing, academic publishing, patents, and commercial applications and is now in some areas and by some measures a world leader.

Traditional culture, and influences from other parts of Asia and the Western world (carried by waves of immigration, cultural assimilation, expansion, and foreign contact), form the basis of the modern culture of China.

Freedom of religion is guaranteed by China’s constitution. However religious organizations that lack official approval can be subject to state persecution.

There are as many as 292 living languages in China. The predominant language in China is known as Hanyu (汉语, Hànyǔ) or Han language. The languages most studied and supported by the state include Chinese, Mongolian, Tibetan, Uyghur and Zhuang. 955 million out of China’s population spoke some variety of Mandarin Chinese as their first language, accounting for 71% of the country’s population. Hong Kong or Macau have different official languages (Cantonese, English and Portuguese) than the mainland.

Standard Chinese (Pǔtōnghuà, 普通话), or simply Mandarin, is a standard variety of Chinese that is the sole official language of both China and Taiwan, and also one of the four official languages of Singapore. Its pronunciation is based on the Beijing dialect, its vocabulary on the Mandarin dialects, and its grammar is based on written vernacular Chinese.

Biodiversity and Wildlife of China

China has over 34,687 species of animals and vascular plants, making it the third-most biodiverse country in the world, after Brazil and Colombia.

Many species of animals are endemic to China, including the country’s most famous wildlife species, the giant panda.

At least 840 animal species are threatened, vulnerable or in danger of local extinction in China, due mainly to human activity such as habitat destruction, pollution and poaching for food, fur and ingredients for traditional Chinese medicine.