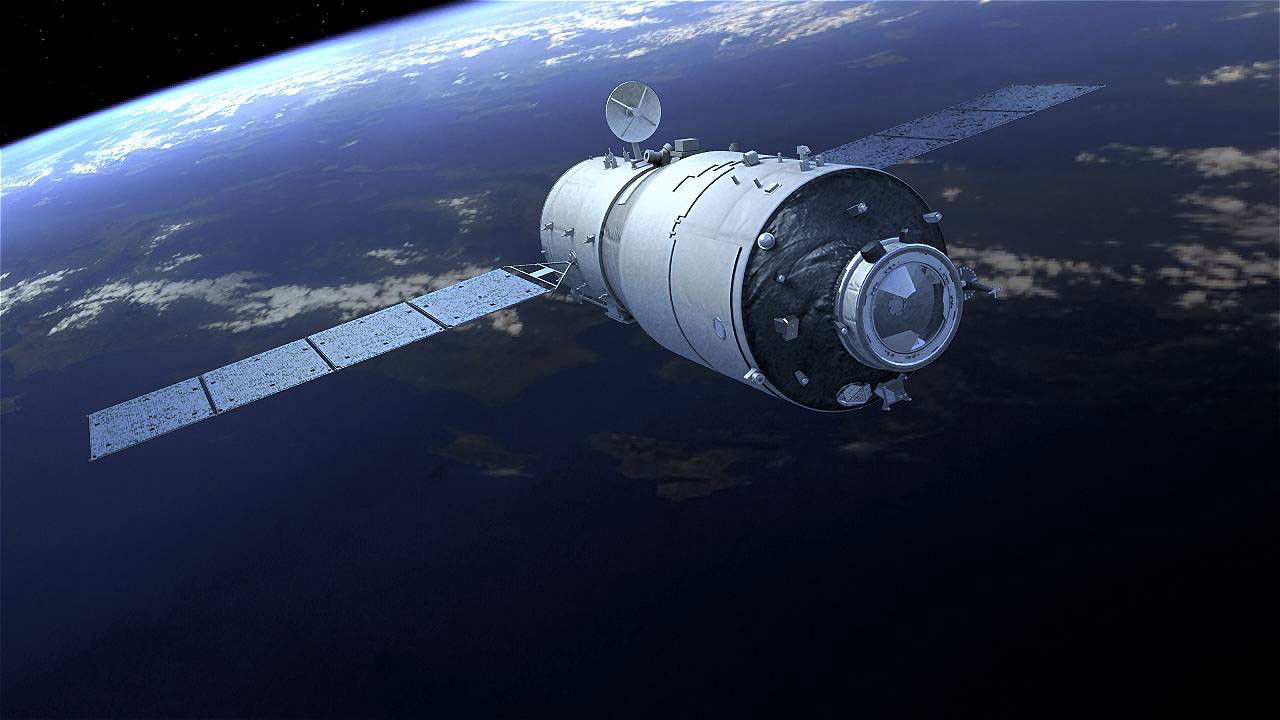 Mao Zedong started a nuclear program after the US threatened to use nuclear weapons during the Korean War.

Mao’s purpose was to transform China into a respected world’s power. China started to develop its own strategic weapons, including nuclear bombs and warheads during the Communist Party Central Committee meeting held on January 15, 1955.

“We do not only need more airplanes and cannons,we also need nuclear weapons.
In the world nowadays, to avoid being bullied, we can’t afford not having them.” Mao Zedong

The newly founded Fifth Academy of the National Defense Ministry was led by Qian Xuesen (Tsien_Hsue-shen, 钱学森; 1911 – 2009) a Chinese engineer who contributed to aerodynamics and rocket science, recruited from MIT, and in 1950 deported from the United States after being accused of being a communist during the Red Scare despite protests by his colleagues.

In 1957 the Soviet Union successfully launched Sputnik 1, mankind’s first artificial satellite. A year later, Mao announced he wanted to make China an equal with the superpowers adopting Project 581 (中国科学院 581组) to place a satellite in orbit within one year, mark the 10th anniversary of the PRC’s founding. According to the agreements, China would have benefited from the cooperation with the Soviet Union, imitating its successful model.

Since then, the Chinese Academy of Sciences carried out space technology planning and academic activities, proceeding with the construction of a space environment simulation laboratory, and satellite measurement technology.

The construction of China’s first missile test base, code-named Base 20 (西北综合导弹试验基地), started in April 1958 and it entered service on October 20 of the same year.

The first Chinese missile was built in October 1958 as a reverse-engineered copy of the Soviet R-2 short-range ballistic missile (SRBM), itself an upgraded version of a German V-2 rocket. Its range was 590 km, weighing 20.5 tons and propelled with liquid oxygen and alcohol.

China started to develop medium-range ballistic missiles (MRBM) in July 1960, with an increased range double that of the R-2.

China and the Soviet Union had cordial relations throughout the 50s. Since 1956 (when Nikita Khrushchev denounced the legacy of Stalin), China and the USSR had progressively diverged about Marxist ideology, and, by 1961, when the doctrinal differences proved intractable, the Communist Party of China formally denounced the Soviet variety of communism as a product of “Revisionist Traitors”.

Due to Cold War tension, Mao decided in December 1963 that China should develop missile defense system capacity. During a conference held on February 2, 1964, directive 640 (640指示) was adopted (later known as Project 640).

The first successful launch of a Chinese 1059 SRBM missile copy of the R-2 was conducted only two months later on November 5, 1960. The missile was also designated DF-1.

The missile has not been deployed in actual combat, but China through the imitation of the P-2 missile to establish a missile research system, training a group of missile experts.

The first successful launch and recovery of a T-7A(S1) sounding rocket carrying a biological experiment (transporting eight white mice) was on July 19, 1964, from Base 603 (安徽广德誓节渡中国科学院六〇三基地.

The Chinese conducted their first nuclear test, code-named 596, on 16 October 1964, and acknowledged that their program would have been impossible to complete without the Soviet help.

In August 1965, the CPC Central Committee approved the “development of China’s satellite workers.” China started to develop the DF-5 intercontinental ballistic missile (ICBM) program in August 1965. It was designed to carry a single nuclear warhead and has a maximum range of 12000 km.

On October 27, 1966, a nuclear-tipped DF-2A missile was launched from Jiuquan and the 20 kilotons yield nuclear warhead exploded at the height of 569 meters over the target in Lop Nor or Base 21 situated 894 km away.

In November 1966, it was decided to build a second ballistic missile test site, the Northern Missile Test Site (华北导弹试验场) in Shanxi Province, farther away from China’s northern border.

As the space race between the two superpowers reached its climax with the conquest of the Moon, Mao and Zhou Enlai decided on July 14, 1967, that the PRC should not be left behind, and started China’s own crewed space program.

China’s first spacecraft designed for human occupancy was named Shuguang-1 (曙光一号) in January 1968. China’s Space Medical Institute (航天医学工程研究所) was founded on April 1, 1968, and the Central Military Commission issued the order to start the selection of astronauts.

As part of the “third line” effort to relocate critical defense infrastructure to the relatively remote interior (away from the Soviet border), it was decided to construct a new space center in the mountainous region of Xichang in the Sichuan province, code-named Base 27.

On April 1, 1970, a train loaded with the Dong Fang 01 satellite and the Long March No. 1 arrived at the China Northwest Jiuquan satellite launch site.

On April 24 1970, the satellite was launched into orbit by the scheduled time, 9:50 pm. The State Broadcasting Bureau received satellite broadcast “Dongfanghong” a clear audio signal.

Chinese Space Program after the Cultural Revoution and Mao’s Death

After Mao died on September 9, 1976, his rival, Deng Xiaoping, denounced during the Cultural Revolution as reactionary and therefore forced to retire from all his offices, slowly re-emerged as China’s new leader in 1978. At first, the new development was slowed. Several key projects deemed unnecessary were simply canceled. Nevertheless, some development did proceed.

Further development of the Long March rocket series allowed the PRC to initiate a commercial launch program in 1985, which has since launched over 30 foreign satellites, primarily for European and Asian interests.

The next crewed space program was even more ambitious and proposed in March 1986, as Astronautics plan 863-2. This consisted of a crewed spacecraft (Project 863-204) used to ferry astronaut crews to a space station (Project 863-205). Several spaceplane designs were rejected two years later and a simpler space capsule was chosen instead. Although the project did not achieve its goals, it would ultimately evolve into the 1992 Project 921.

The Ministry of Aerospace Industry was founded on July 5, 1988.

Chinese Space Program in the ’90s and 00s

In 1992, authorization and funding were given for the first phase of Project 921, which was a plan to launch a crewed spacecraft. The Shenzhou program (神舟) had four uncrewed test flights and two crewed missions. The program put the first Chinese citizen, Yang Liwei, into orbit on 15 October 2003.

The first one was Shenzhou 1 on November 20, 1999. On January 9, 2001, Shenzhou 2 launched carrying test animals. Shenzhou 3 and Shenzhou 4 were launched in 2002, carrying test dummies. Following these was the successful Shenzhou 5, China’s first crewed mission in space on October 15, 2003, which carried Yang Liwei in orbit for 21 hours and made China the third nation to launch a human into orbit. Shenzhou 6 followed two years later ending the first phase of Project 921. Missions are launched on the Long March 2F rocket from the Jiuquan Satellite Launch Center. The China Crewed Space Engineering Office provides engineering and administrative support for the crewed Shenzhou missions.

On February 15, 1996, during the flight of the first Long March 3B heavy carrier rocket carrying Intelsat 708, the rocket veered off course immediately after clearing the launch platform, crashing 22 seconds later. It crashed 1.85 km (1.15 mi) away from the launch pad into a nearby mountain village.

Lessons learned from Shenzhou 1 to Shenzhou 5

Starting in 1990, the Long March rocket entered the international market. However, several setbacks occurred during the early 1990s. On January 26, 1995, a Long March 2E rocket veered off course two seconds after take-off from Xichang space center and exploded, killing at least six on the ground. On February 14, 1996, a similar failure occurred during the launch of Intelsat 708: The rocket veered severely off course immediately after clearing the launch tower and crashed into a village.

On the 50th anniversary of the PRC’s founding, China launched the Shenzhou 1 spacecraft on November 20, 1999, and recovered it after a flight of 21 hours. The country became the third country with a successful crewed space program by sending an astronaut into space aboard Shenzhou 5 on October 15, 2003, for more than 21 hours.

China has since turned its focus to extraterrestrial exploration starting with the Moon. The first Chinese Lunar Exploration Program un-crewed lunar orbiter Chang’e 1 was successfully launched on October 24, 2007, making China the fifth nation to successfully orbit the Moon.

On October 31, 2011, a Long March 2F rocket lifted the Shenzhou 8 uncrewed spacecraft which docked twice with the Tiangong 1 module.

On the June 11, 2013, a Long March 2F, launched from the Jiuquan Satellite Launch Center, putting three astronauts into orbit for the Shenzhou 10 mission.

On October 24, 2007, the Long March 3A successfully launched (18:05 GMT+8) the “Chang’e 1” lunar orbiting spacecraft from the Xichang Satellite Launch Center.

Chang’e 1 ( 嫦娥一号) named after the Chinese Moon goddess, Chang’e was an unmanned Chinese lunar-orbiting spacecraft, part of the first phase of the Chinese Lunar Exploration Program.

Chang’e 1 was launched on 24 October 2007 at 10:05:04 UTC from Xichang Satellite Launch Center. It left lunar transfer orbit on 31 October and entered lunar orbit on 5 November. The first picture of the Moon was relayed on 26 November 2007. On 12 November 2008, a map of the entire lunar surface was released, produced from data collected by Chang’e 1 between November 2007 and July 2008. Chang’e 1 created the most accurate and highest resolution 3-D map ever of the lunar surface until it was surpassed by the LRO and Chang’e 1 conducted the world’s first passive, multi-channel, microwave remote sensing of the Moon.

The PRC initially designed the Shenzhou spacecraft with docking technologies imported from Russia, therefore compatible with the International Space Station.

Chang’er 2 is a Chinese unmanned lunar probe that was launched on 1 October 2010. China released the first three-dimensional scans in black and white of the lunar surface of Rainbow Bay and the promontory Laplace made by Chang’er 2.

December 2013. China’s first moon rover was launched in December 2013 as part of China’s Chang’e 3 moon mission, which also delivered a stationary lander to the lunar surface.

China is expected to launch its fifth lunar probe, Chang’e-5, in 2017 to send back a moon rock sample to earth. A lunar landing probe, lunar surface patrol device, and other equipment would be carried by Chang’e-5, said Ye Peijian, chief designer of Chang’e-1, the country’s first moon probe, and chief commander of the Chang’e-2 and Chang’e-3 missions.

April 2017. It was revealed that China is talking with the European Space Agency about collaborating on a human settlement on the moon.

June 2017. China prepares its first manned mission to the moon.

Tiangong (天宫; Heavenly Palace) is a space station program of the People’s Republic of China, intending to create a third-generation space station, comparable to Mir. As of January 2013, China moved forward on a large multiphase construction program that will lead to a large space station around 2020.

The project will culminate with a large orbital station, which will consist of a 20-ton core module, 2 smaller research modules, and cargo transport craft. It will support three astronauts for long-term habitation and was scheduled to be completed by 2020 just as the International Space Station was at that time scheduled to be retired, but this has since slipped to 2022.

The Tiangong 2 brings with it the POLAR gamma ray burst detector, a space-Earth quantum key distribution and laser communications experiment to be used in conjunction with the Mozi ‘Quantum Science Satellite’, a liquid bridge thermocapillary convection experiment and a space material experiment.