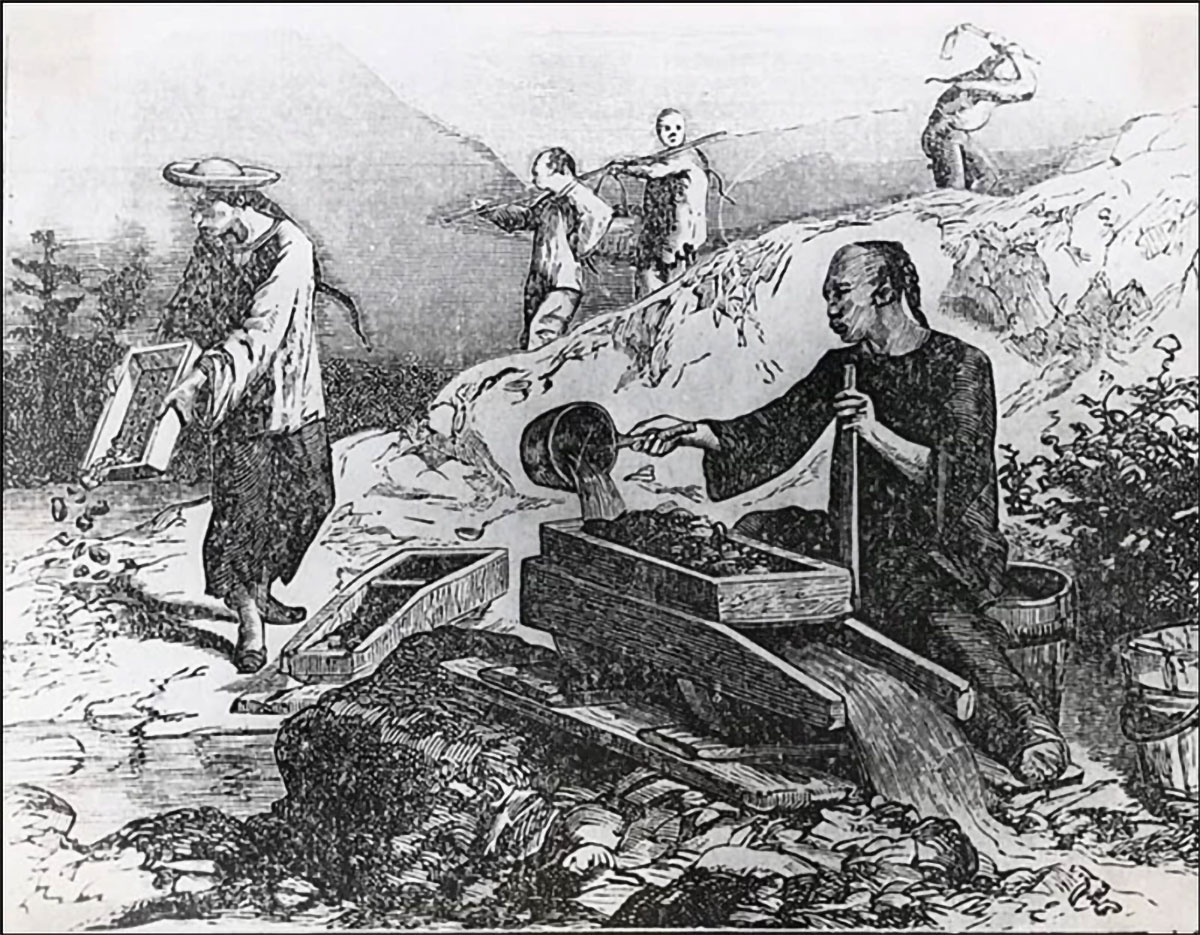 Overseas Chinese (海外华人) are people of Chinese birth or descent who live outside China, Taiwan, Hong Kong, and Macau. Overseas Chinese can be of the Han Chinese ethnic majority, or from any of the other ethnic groups in China. Different waves of immigration led to subgroups among overseas Chinese such as the new and old immigrants in Southeast Asia, North America, Oceania, the Caribbean, Latin America, South Africa, and Russia. In the 19th century, during the Qing dynasty, the age of colonialism was at its height and the great Chinese diaspora began.

Many colonies lacked a large pool of laborers. Meanwhile, in the provinces of Fujian and Guangdong in China, there was a surge in emigration as a result of the poverty and ruin caused by the Taiping rebellion. The Qing Empire was forced to allow its subjects to work overseas under colonial powers. Many of these migrants who entered Western countries were themselves overseas Chinese, particularly from the 1950s to the 1980s, a period during which the PRC placed severe restrictions on the movement of its citizens. In 1984, Britain agreed to transfer the sovereignty of Hong Kong to the PRC; this triggered another wave of migration to the United Kingdom (mainly England), Australia, Canada, USA, Latin America, and other parts of the world. The Tiananmen Square protests of 1989 further accelerated the migration. The wave calmed after Hong Kong’s transfer of sovereignty in 1997. In addition, many citizens of Hong Kong hold citizenship or have current visas in other countries so if the need arises, they can leave Hong Kong at short notice. In fact, after the Tiananmen Square incident, the lines for immigration visas increased at every consulate in Hong Kong.

Chinese Caribbeans (加勒比华人) are people of Chinese ethnic origin living in the Caribbean. There are small but significant populations of Chinese and their descendants in all countries of the Greater Antilles. They are all part of the large Chinese diaspora known as Overseas Chinese. Between 1853 and 1879, 14,000 Chinese laborers were imported to the British Caribbean as part of a larger system of contract labor bound for the sugar plantations. Imported as a contract labor force from China, the Chinese settled in three main locations: Jamaica, Trinidad, and British Guiana (now Guyana), initially working on the sugar plantations.

Most of the Chinese laborers initially went to British Guiana; however when importation ended in 1879, and the population declined steadily, mostly due to emigration to Trinidad and Suriname. Chinese immigration to Cuba started in 1847 when Cantonese contract workers were brought to work in the sugar fields, bringing the religion of Buddhism with them. Hundreds of thousands of Chinese workers were brought in from Hong Kong, Macau, and Taiwan during the following decades to replace and / or work alongside African slaves. After completing 8-year contracts or otherwise obtaining their freedom, some Chinese immigrants settled permanently in Cuba, although most longed for repatriation to their homeland. When the United States enacted the Chinese Exclusion Act on May 6, 1882, many Chinese in the United States fled to Puerto Rico, Cuba, and other Latin American nations. They established small niches and worked in restaurants and laundries.

Chinese Canadians (华裔加拿大人) are Canadians of full or partial Chinese ancestry. The Chinese community in Canada is one of the largest overseas Chinese communities and is the second-largest in North America after the United States, and also the seventh-largest in the Chinese diaspora. The first record of Chinese in Canada can be dated back to 1788. A group of roughly 70 Chinese carpenters from Macau hired by the renegade British Captain John Meares. When British Columbia agreed to join Confederation in 1871, one of the conditions was that the Dominion government build a railway linking British Columbia with Eastern Canada within 10 years. British Columbia politicians and their electorate insisted the project cut costs by employing the Chinese to build the railway.

Originally, in 1880 Andrew Onderdonk, one of the main Canadian Pacific Railway construction contractors, enlisted Chinese laborers from California. When most of these deserted the railway workings for the goldfields, Onderdonk and his agents signed several agreements with Chinese contractors in Guangdong, Taiwan and also via Chinese companies in Victoria. Through those contracts, more than 5,000 laborers were sent from China by ship. He also recruited over 7,000 Chinese railway workers from California.

These two groups of workers were the main force for the building of Onderdonk’s seven percent of the railway’s mileage. By the end of 1881, the first group of Chinese laborers had less than 1,500, Onderdonk needed more workers, so he directly contracted Chinese businessmen in Victoria, California, and China to send many more workers to Canada. From the passage of the Chinese Immigration Act in 1885, the Canadian government began to charge a substantial head tax for each Chinese person trying to immigrate to Canada. The Chinese were the only ethnic group that had to pay such a tax.

In 1923, the federal Liberal government of William Lyon Mackenzie King banned Chinese immigration with the passage of the Chinese Immigration Act of 1923, although numerous exemptions for businessmen, clergy, students and others did not end immigration entirely. Some of those Chinese Canadian workers settled in Canada after the railway was constructed. Most could not bring the rest of their families, including immediate relatives, due to government restrictions and enormous processing fees. They established Chinatown in the cities. During the Great Depression, life was even tougher for the Chinese than it was for other Canadians. When Canada signed the United Nations Charter of Human Rights at the conclusion of the Second World War, the Canadian government had to repeal the Chinese Exclusion Act. Some educated Chinese arrived in Canada during the war as refugees. From 1947 to the early 1970s, Chinese immigrants to Canada came mostly from Hong Kong, Taiwan, or Southeast Asia. Chinese from the mainland who were eligible for the family reunification program had to visit the Canadian High Commission in Hong Kong since Canada and the PRC did not have diplomatic relations until 1970. After 1997, a significant portion of Chinese immigrants chose to move back to Hong Kong.

In the 21st century, Chinese immigration from Hong Kong has dropped sharply and the largest source of Chinese immigration is from mainland China. A smaller number have arrived from Taiwan. Today, mainland China has taken over from Hong Kong and Taiwan as the largest source of Chinese immigration. In 2010, when Mainland China became the second-largest economy in the world after the United States, its economic growth sparked even greater immigration opportunities to mainland Chinese. A 2011 survey shown that 60% of Chinese millionaires plan to emigrate, where 37% of the respondents wanted to migrate to Canada. Many foreign countries such as Canada hold a very large attraction for rich Chinese, because of their better social welfare system, higher quality of education, and a greater opportunity for investment. The main reasons Chinese business people want to move abroad was for some educational opportunities for their children, advanced medical treatment, worsening pollution in China mainland.

A 2011 survey shown that 60% of Chinese millionaires plan to emigrate, where 37% of the respondents wanted to migrate to Canada

The Chinese American (美籍华人) community is the largest overseas Chinese community outside of Asia. The first Chinese immigrants arrived in 1820. According to U.S. government records, 325 men are known to have arrived before 1849, when the California Golden Rush drew the first significant number of laborers from China who mined for gold and performed menial labor. There were 25,000 immigrants by 1852, and 105,465 by 1880. As the numbers of Chinese laborers increased, so did the strength of anti-Chinese sentiment among other workers. This finally resulted in legislation that aimed to limit the immigration of Chinese workers to the United States. In order not to create diplomatic clashes between the US and China, the latter agreed to limit immigration to the United States. The Chinese Exclusion Acts were not repealed until 1943, and then only in the interests, as the United States allied with China against the Japanese, during World War II.

The initial immigration group may have been as high as 90% male due to the Chinese Exclusion Act, resulting in most immigrants coming with the thought of earning money, and then returning to China to start a family. Those that stayed in America faced a lack of suitable Chinese brides because Chinese women were not allowed to immigrate to the US in significant numbers after 1872. Later, as a result of the Fourteenth Amendment and the 1898 United States v. Wong Kim Ark Supreme Court decision, ethnic Chinese born in the United States became American citizens. In the mid-1850s, 70 to 150 Chinese were living in New York City and 11 of them married Irish women. In 1906, The New York Times (6 August) reported that 300 Irish Americans were married to Chinese men in New York, with much more cohabited. Originally at the start of the 20th century, there was a 55% rate of Chinese men in New York engaging in interracial marriage which was maintained in the 1920s but in the 1930s it slid to 20%. 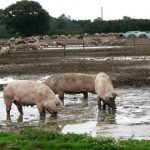 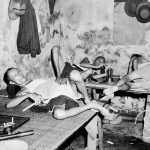 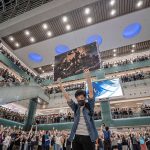