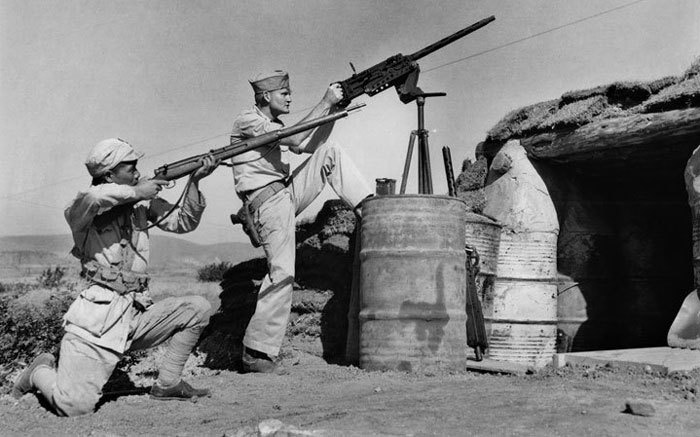 Flying Tigers: During the war of resistance against Japanese forces, American military photographers snapped thousands of photos of American and Chinese soldiers, engaged in military actions or in everyday life moments in Southern China and Burma.

American military archive has collected over the years, historical photographic and video material of inestimable value.

Related articles: Rare images of The Flying Tigers: from Chinese pilots training camp in Arizona to the war in China against Japan, The Photographic Work of Arthur Rothstein in China: Signal Corps, the Great Famine, the Jewish Refugees in Shanghai

” U.S. SUPPLIES FOR ALLIED FORCES FIGHTING THE JAPANESE IN BURMA
U.S. Army trucks, loaded with troops and supplies, plow through soggy terrain to forward positions in Northern Burma where Chinese and American forces are now engaged in fighting the Japanese.”

” 4/1/44 U.S. PLANE CARRIES WOUNDED CHINESE SOLDIER TO MEDICAL STATION
A wounded Chinese soldier lieas aboard a U.S. observation plane to be transported from the battle area in Hukawng Valley in Northern Burma to a medical dressing station behind the front line. Under the direction of Liutenant General Joseph W. Stilwell, Commander in Chief of U.S. forces in China, Burma and India, combined Chinese and American forces drove the Japanese from the strategic valley. “

Vegetable Art – Lady Gaga is a cabbage: the work of Duoqi Ju

2 thoughts on “Flying Tigers: 35 old great images of American and Chinese soldiers fighting side by side”