China is filled with countless places that enchant visitors, with its mix of an ultramodern metropolis, small villages where little has changed over the centuries, and striking natural scenery.

By having huge deserts, enchanted forests, beautiful white beaches, the highest mountains, and untouched lakes, China is one of the few countries that gives the joy of offering amazing different experiences to travelers. Here are some unique places in China you have to see to believe.

Nature places to visit in China

Dunhuang Yardang National Geopark is a national park located in the province of Gansu. A Yardang is a protuberance carved from any consolidated material by the dual action of wind abrasion and the removal of loose material by wind turbulence.

Surrounded by karst peaks and bordered on one side by the Li River it is easily accessible by bus or by boat from nearby Guilin. Today, the town has become a resort destination for both domestic and foreign travelers.

In ancient times, Zhangjiajie was regarded as remote and inaccessible. The most notable geographic features of the park are the pillar-like formations that are seen throughout the park.

Turpan has long been the centre of a fertile oasis and an important trade centre along the Silk Road.

The lake, a popular photography tour destination, is located in Altay Prefecture, in northern Xinjiang.  The lake nature resembles much like the Alps scenery.

Located along the southern border of Yunnan province, not far from Laos, Yuanyang today is a popular travel destination due to the vast areas of the mountains cultivated into terraced rice paddies over the centuries by the Hani people.

Danxia landform is formed from red-colored sandstones and conglomerates of largely Cretaceous age. The Danxia landform refers to various landscapes found in China that “consist of a red bed characterized by steep cliffs”.

The area was included on the World Heritage list and consists of carsick formations known as Stone Forest.

Luoping’s most beautiful season is March when rapeseeds fields blooming turn the surrounding plains into a golden yellow sea, dotted with karst hills.

Thanks to its tropical beaches and lush forests, Hainan is a surprising tourist destination in China. 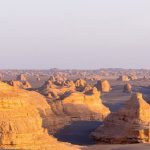 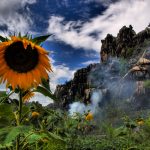 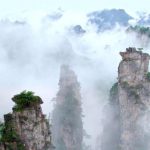 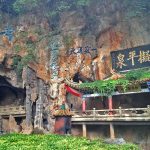 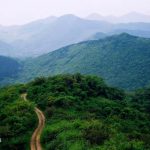