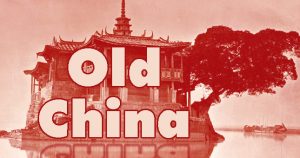 1890-1934: Xinhai revolution (1911 revolution of China) pictures , 65 rare images of old China by Maurice-Louis Branger , Chinese during World War I in France , The curious case of mr Alfred Raquez, a Parisian fugitive on the run in the Far East , Amazing Japanese war prints of the Sino-Japanese war.
Second Sino-Japanese War and World War II: Unit 731 part 1 and 2 , Japanese officer committing seppuku , Liberation of Shanghai (1949) , The Chinese Flying Tigers & The American Flying Tigers.
Mao Era pictures: Sino-Soviet images , Propaganda during Cultural Revolution , Propaganda for Chinese children during Cultural Revolution , The beginning of the Cultural Revolution , the trains of Mao , Cultural revolution memorabilia , the Great Tangshan earthquake.
After 1978: 30 beautiful pictures of a traditional Chinese sauna , Pictures of the war of China against Vietnam , 40 years of history of China , China in the ’80s , Chinese Space Program photostory , The colors of China: 30 years of China’s history in pictures , 14 Flags of China, Taiwan, Hong Kong and Macau.
Ethnic minorities: The Ahxia walking marriage of the Mosuo People , The history of Yunnan , Old pictures of Taiwanese Indigenous Peoples (1871-1930) and Taiwan aborigines headhunting (1930-1944).

Origin: The quotation is from Chapter 64 of the Tao Te Ching ascribed to Laozi. Meaning: even the longest and most difficult ventures have a … Read more

Origin of the quote: Chapter II, Analects, an ancient Chinese book composed of a collection of sayings and ideas attributed to the Chinese philosopher Confucius … Read more

Isabella L. Bird (1831- 1904) was a writer, photographer, and one of the most well-traveled of English explorers in the 19th century. Related: The best … Read more

Chinese Pictures is a loving reproduction of the photograph collection first published by the intrepid traveller Isabella Bird in 1900. The images were all taken … Read more

The autobiography of MARGARET SUN traces intertwining personal events and epochal historical events, the recent history of China, from Shanghai before the Japanese invasion, to … Read more

Daisy Kwok’s life spanned old Shanghai and modern Shanghai, old China and “New” China in a way that no other did. This book presents stories … Read more

The documentary shows, without commenting, a China linked to ancient traditions, which nowadays struggles to compete with the rhythm of modern life: villages, customs, music and lifestyles of the minorities Bai, Lisu, Nusu, Miao, Dai , Hani, Naxi, Yi and Hui, before the advent of Chinese mass tourism and the exodus of young people to the metropolis in search of a job opportunity.

The documentary was shot in the counties of Nujiang (Gongshan, Bingzhongluo), Lijiang, Dali and Honghe (Yangshuo and surrounding area).

Amidst the violence of the anti-foreign Boxer Rebellion, Nina Ward, a young China-born Englishwoman finds herself under siege alongside the city’s overseas population. Amazon China-underground: … Read more