Interview with Zhang Bo and Zhang Chong, directors of “The Fourth Wall”

Zhang Chong and Zhang Bo are both graduates from Beijing Film Academy, they are the directors of The Fourth Wall.

Zhang Chong began his film career as a scriptwriter and producer of famous Chinese television programs. His script works include Full Circle by Zhang Yang, (2012). He produced Tiny Times 3.0 (2014) and Tiny Times 4.0 (2015). Super Me is his first film as a director. The Fourth Wall is Zhang Bo debut film as both director and screenwriter.

China-underground: A story about psychological traumas, where a state of depression leads to a dissociation of reality. Why did you choose to address this issue?

Zhang Bo, Zhang Chong: We have seen data saying there are more than 100 million people in China that are particularly vulnerable to unhappiness. There are many reasons for being unhappy, but most of them are caused by psychological problems. However, China’s attention to mental health is just getting started.

We are inevitably immersed in this reality, the film market in China is growing rapidly, the cinema industry is becoming more and more mature, yet the good films are less and less. What’s the problem? We often also end up harnessed by the contradictions and torments caused by market demand and the beginning of the cinematographic creative process.

Often we must think of the present always having in mind a future perspective, how to make our hectic life meaningful, what is the relationship between our past, present, and future? The film was born in this kind of thought.

Of course, this kind of thinking is not limited to people, but also includes the city that raised us.

China’s northeast old industrial city was originally the “eldest son of the Republic” (共和国长子, The eldest son of the Republic generally has two meanings. One is the description of the region: specifically, the Northeast region that has strongly supported the nation’s construction since the founding of the People’s Republic of China, and the second is used to describe large state-owned enterprises that made important contributions to the country).

The glory of the industrial era has become a thing of the past, at the expense of huge sacrifices, but now that the factory has closed down, the workers have nowhere to go. It seems that they have had a good life. Now they can’t find a way out. Only when they are truly accepting it, will there be future possibilities.

– Many scenes rotate on the two main characters. Telling a story at various levels using two main actors, what tricks and ploys does it require? How long did it take to shoot all the movie scenes?

This film has been trying to avoid technology, the whole creative process was like planting a seed and letting it sprout slowly.

Using the concept of a parallel world that today’s audience can easily understand, it tells the story of psychological reality. If someone has read Borges’s “The Garden of Forking Paths”, it may be easier to understand what it is like to have all kinds of possibilities in one story.

This is a kind of fantasy that so many people have: if we had made other choices, what would our life be like today? We shot the part of Madagascar in Africa first, then the part in the northeastern part of China, and the filming period was 35 days.

What were the biggest challenges of The Fourth Wall? How was the film process? Did you face some unexpected moments during the shooting of it?

This is the first time that a Chinese film team went to Madagascar. We have got a lot of unique experiences. Because we have heard about the robbery of the Chinese film team in Africa, we have equipped the security guards with guns, but the actual situation is that people in Madagascar were very friendly to us, including going to their slums. Even though they have done a lot of homework, they are still in a very difficult situation.

We are no stranger to this kind of hardship, and our father’s generation has come out of such hardships. Today’s Chinese economy is developing at a high speed, the youngest generations didn’t see anything like that, but our father still remembers such hardships. We believe that their lives will be improved thanks to scientific progress.

In the northeastern part of China, nothing is really unexpected because we are very familiar with this environment. There’s a feeling that’s still fresh in my memory today while we were shooting the scene of in the theater. Because we grew up watching movies and doing opening ceremonies

in places like the “worker’s club”. When we recreated the scene, everyone felt very kind, especially when the heroine talks about her stage experience, she often cried after acting. She was in such an environment, and she is stung by the fate of such a character. There are also many movies in this movie. Her own experience, her crying often made our entire crew move, this is the details we still sigh after a long time.

– The female protagonist is simultaneously weak, for years she has built protection that keeps her away from her trauma, but she is also strong because it’s not obvious to want to face and try to overcome traumas. The mind that deceives, how much do you think this phenomenon it’s spread in China?

Although we don’t have data, this situation is not uncommon around us. There were two sages in China, Laozi and Confucius. Although Confucius was taught by Laozi, their worldview and attitude towards the world are completely different.

Laozi is to remain on the margins of society, while the doctrine of Confucius is to act and find a role within society. These two methods can cover everyone in a general way. The two states of the female host in the film are exactly the embodiment of these two methods.

– Can you share with us a story from the backstage of the movie?

There are a few scenes in our script, about the re-enactment of what the hero and heroine went through.

We also shot this part and also found two young actors who played Xiao Liu and Xiao Ma Hai. We kept this part in the firsts version of the movie, but it was removed at the end. Because we believe that what happened in the beginning, what the truth is, is no longer important.

Although the suspense created by this truth attracts the audience, the idea of this film is not to explore the truth, but to accept life positively with its goodness and pain, in the best way, to get rid of the pain.

The film is also an experiment in expressionist psychological realism. How do you expect audience reaction will be? Is there a message that you would like to be perceived by the audience?

During the creation phase, we did not deliberately try to follow certain principles, all this process happened naturally, in a free manner, but after we finished it, we realized that the work was strictly in line with psychological realism.

When we created, we reached a consensus that the film should be an interesting expression of the sensory world. Entertaining is very important. If the movie is not entertaining, it will lose the audience.

– You work as a producer and screenwriter. What motivated you to become a director?

The will to become a film director is something that has never changed since I attended the Beijing Film Academy in Beijing. But getting a director’s chance is hard, and there have been countless failures in the middle.

Being a screenwriter and a producer enriches your experience and ability. From studying movies to now, 20 years have passed. I hope I can continue to be a director and that my work will be recognized.

– Do you think that your experiences in different cinematographic fields have contributed to add something more to the direction of The Fourth Wall?

It was helpful both in terms of resources and expertise. Mastering the film industry makes the filming process very enjoyable, but the most important thing is whether the film itself has its own quality and uniqueness.

As I said before, this grows like a seed. The movie has its own destiny.

– The Fourth Wall is your debut film as both director and scriptwriter. Can you tell us what did you enjoy most about both roles?

As a screenwriter, I want to tell a story, create a character, as a director, I want to express an idea, show a picture, and try to let more people accept it and like it. I enjoy this process of searching and exploring.

It’s like having a dream, not only does it want to tell you something, it also wants to show you something. I enjoy growing up with my protagonist, facing difficulties together, and embracing the feeling of hope together.

– The screenplay is well structured and developed in a way to present the metaphor of the mind and the stage. Did you plan ahead, or did you followed the flow? How long did it take you to write it?

When we decided to name the “Fourth Wall”, we tried our best to show the relationship between illusion and reality through this concept of the stage.

When shooting the scene part of the stage, the real scene also brought us some inspirations that were not thought of in the early days, broken stages, abandoned props, and many elements were wonderfully combined at that moment.

It took a total of two years to complete the script, overturning many different settings, and finally, at the moment we saw the deer, we decided on the final plan.

Thanks to Fortissimo Films 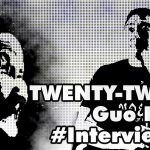 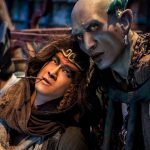 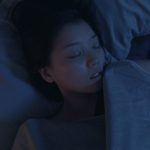 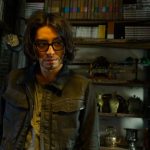