Review of ‘The Fourth Wall’ by Zhang Chong, Zhang Bo

Liu Lu (Liu Lu) works in a deer farm in the mountains and one evening, during the Chinese New Year, a friend, Ma Hai (Ziyi Wang), tries to move her from the isolation that prevents her from having any human or emotional relationship.

Ma Hai tells of seeing shiny images where he knows another Liu Lu and another himself in a parallel universe. Although initially, she refuses to listen, later she shows extreme curiosity about this vivid vision because she wants to know if the other herself has a better life. In the vision, Liu is a former divorced actress, who works in a supermarket as a travel agent and to advertise exotic destinations wearing a flamboyant sari.

She is approached by a man with a covered face who asks her info about Madagascar. Later she finds out that is Ma Hai, her old school friend, who has been a fugitive for many years. Liu Lu hearing more about the other-self more starts thinking of a series of memories of a fragile side of her long-repressed past and an incident that took place twenty years earlier: the two parallel worlds begin to overlap and reality and the illusion become indistinct.

“The Fourth Wall” is a story developed in layers, where memory, reality, and fear are sewn and interwoven to the desire to escape from pain. In realistic and surrealist mode there are distortions of time and space, which take a turn when the narrative becomes that of a psychological dilemma, which then brings us back to the realism of the beginning of the film in which the features of a dramatic story were outlined. but whose identifying elements appeared unclear.

The title “The Fourth Wall” takes up the term the fourth wall, attributed to the philosopher, critic, and playwright Denis Diderot and used by Molière, is that invisible barrier that divides the scene from the public. Actors should never look directly or talk to the viewer. The staging happens independently of them.

“As we travelled with the crew to Africa for the shooting, we got deeply moved when facing the primal earth. Everything seemed unreal, we were stunned by the beauty and our anxiety vanished. That experience was magic, it changed us, so we created this story, that tries to help people overcome their psychological barriers.” – Zhang Bo

Many films break this wall, addressing the public directly, letting them know that they are aware of their presence. This type of communication starts from the modern and realistic theater, where the actors on the stage turned to the audience in the hall.

Some films that break the fourth wall are Ferris Bueller’s Day Off, The Purple Rose of Cairo, Annie Hall, American Psycho, Amelie, Fight Club, Monty Python’s The Meaning of Life, The Wolf of Wall Street, etc …

The fourth wall of “The Fourth Wall” takes on a further symbolic value in the development of the plot.

If initially, we can think of finding ourselves in front of a film that deals with the theme of parallel universes or alternative universes of different realities in contrast with the intentional or unintentional implications as we can see in the TV series: Star Trek, Fringe, The OA, Sliders, Stargate, Otherworld, Doctor Who etc or in movies like Angel Heart, Run Lola Run, Sliding Doors, Donnie Darko, The Cloverfield Paradox, Source Code, Synchronicity etc

“Countless people have been trying to break the “fourth wall” since its birth during the 19th century. These endeavors played an important role in transforming stage drama into a popular art. The film THE FOURTH WALL also tries to break that wall – the wall that stands between us and our lives, memories and future.” – Zhang Chong

Continuing the vision we understand that we are not witnessing intra-dimensional journeys, but inner journeys, mental ones like those of stories developed and addressed in movies: The Machinist, Shutter Island, Memento, Melancholia, Fight Club …

The fourth wall is the wall the protagonist trying to knocked down in continuous communication with herself. She tries to help herself remember and get out of from the scene, the stage and from the fiction, she created in her head with unreal memories. Her parallel universes are a path, an attempt to communicate with all the parts if, through an illusory reality created by her. 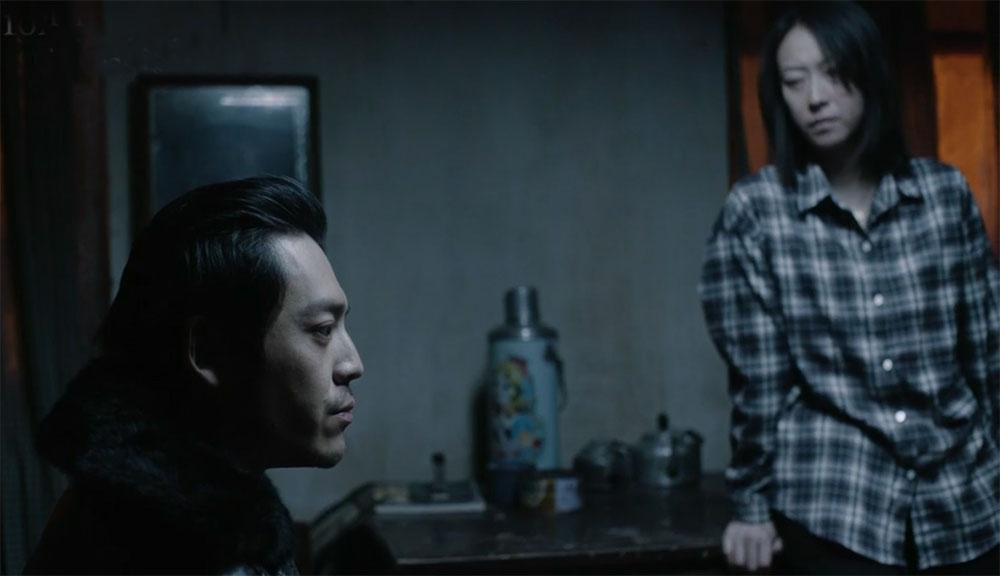 The fact that in another reality she is an actress symbolizes the block she has. She has chosen to act, denying herself the memories of a painful past. Her denial is a dissociative identity disorder, once called “multiple personality disorder”.

Her condition of mental trauma leads her into mock parallel universes as they are journeys of her mind, in her mind.

The entire film deals with the theme of the “fourth wall” in all its forms, offering continuous multiple meanings. The viewer is transported back and forth between reality and illusion, reality and fantasy, and repeatedly explores the choice.

The “fourth wall” also refers to the turning point of existing dimensions at the level of personal history, and therefore also to the different possibilities considered under different choices and points of view. The possibilities of a moment of life.

Only when a reality is established, the other disappears.

Emphasizing the surreal psychological aspects. The “dream” is actually told in the scenes of the daily life of the protagonist trapped in a life devoid of joy. Her shield which is her security wall begins to show some cracks just like the deer that crosses the barbed wire net. Metaphors and symbols are tools of interpretation to move in space and time. The protagonist believes that life without the physical scar on her cheek can be better, but it isn’t.

The film is a profound inner exploration of the protagonist and of the search for healing of and from the scar, where time is a medicine. 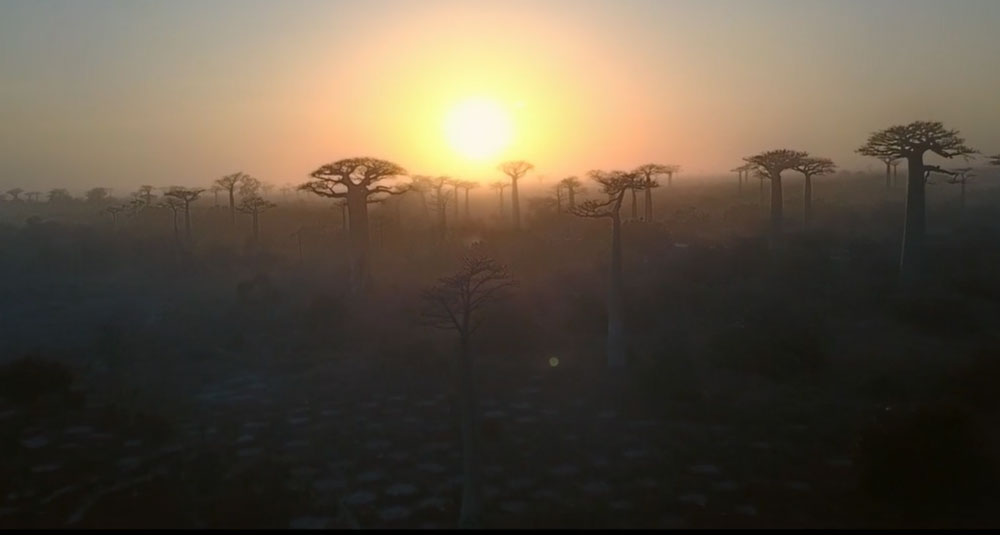 When there are no external signs, some scars are buried on the border between reality and unreality, they are the inner and deep pain that many people hold. Some in front of the misfortunes of life choose to flee, or forget to intentionally or involuntarily recreate another life, denying the truth they see with their own eyes and that they hear repeated by others.

Madagascar is a further symbol and metaphor, as a land where people reflect their mixed Asian and African roots. Madagascar is home to many unique species, which are allowed to evolve and diversify in isolation.

The perfect land to reconcile oneself with life and with oneself, to free oneself from pain, to face the truth and the past with courage, looking towards an unknown future, yet to be written.