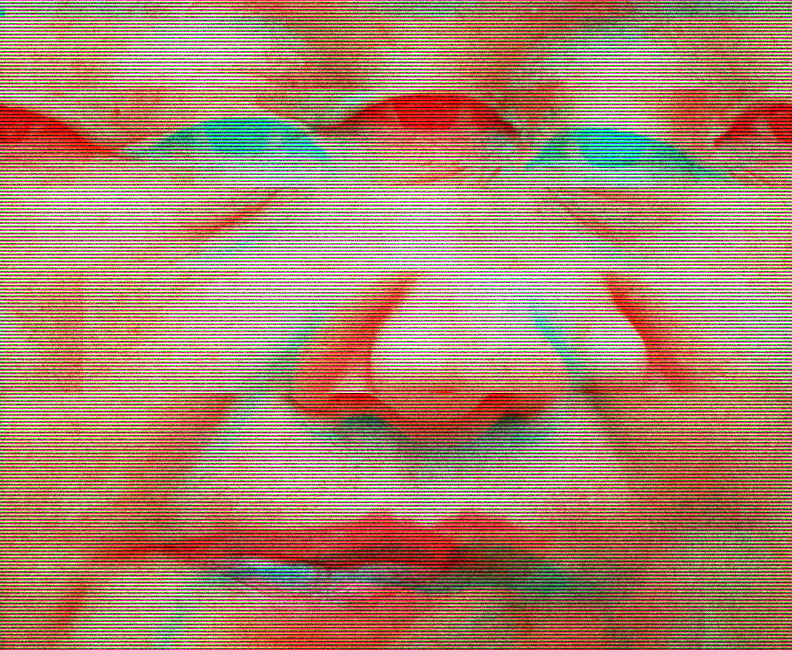 2018 was another terrible year for human rights in China.

Between rehabilitation centers in Xinjiang, an ever more invasive and effective surveillance system, social control, a very heavy censorship, and an intensive propaganda, Xi Jinping’s China has become a reference model for the authoritarian regimes, not only from the political point of view but also from the technological one.

The past few years had already been characterized by various limitations of individual liberties and by the disappearance or detention of numerous prominent figures from a cultural point of view, like the case of Hong Kong booksellers, but what happened in 2018 has particularly struck the international attention because almost every month there have been sensational episodes of disappearances of Chinese and foreign citizens.

The pattern is often the same.

If witnesses are present, they tell of agents taking their victims, often also using force.

The arrested are then detained in survey centers to be interrogated.

They are often accused of generic crimes of corruption, within the framework of the anti-corruption campaign of Xi Jinping, who among the important victims has already left on the field political opponents of Xi as Sun Zhengcai in March.

In the meantime, they disappear and are prevented from communicating with the outside, relatives or lawyers.

Sometimes the missing people reemerge to make a self-criticism, like the well-known actress Fan Bingbing, while others disappear forever without a trace.

We try to retrace the most sensational facts.

The citizens of Xinjiang

In Xinjiang, the western autonomous region with a Muslim majority, many structures have been introduced and strengthened to hold Xinjiang citizens over the past few years.

In October, China even legalized these re-education camps for “religious extremists”.

According to some reports in these prison camps, up to a million ethnic Uyghur citizens are gathered, to be re-educated according to the requirements of Beijing.

One of the aims is to organize “ideological education to eliminate extremism”, to conduct behavioral and psychological correction operations in order to “help the trainers to transform their thoughts and return to society and their families”.

Gui Minhai is a Hong Kong publisher with Swedish citizenship.

Gui, after being held in custody in China for over two years, was snatched from a train bound for Beijing, while he was accompanied by two Swedish diplomats.

In 2015, Gui became a symbol of the Chinese government’s willingness to suppress criticism from the outside when he disappeared from a holiday in Thailand in 2015.

He was accused by the Chinese media of outrage to party leaders.

After months of his disappearance, he reappeared on national television confessing his guilt for an accident that occurred 10 years earlier, when he killed a person while driving drunk.

In October 2017 he was released, without being able to leave the country.

During a train trip to Beijing, accompanied by two diplomats of the Swedish consulate in Shanghai, the man was approached and taken away by 10 agents.

The two diplomats were accompanying him to the Swedish embassy in the capital for some medical checks.

Meng Hongwei, former deputy minister of the Public Security Bureau, was Interpol president from 2016 to 2018, when he literally vanished during a visit to China.

He was later accused of accepting bribes from the anti-corruption authority.

His sudden arrest and his imprisonment, which seems to have occurred without trial, have raised numerous questions about the role that China can play in the world community, and about the legal practices of the Chinese government.

Meng had come to China on September 25, 2018.
After sending a knife emoji to his wife, he disappeared.

According to some sources, he was arrested shortly after having arrived in the country, accused of favoring a cybersecurity company.

Lu Guang is a Chinese photographer and his works consist of projects on the social realities of the margins of Chinese society.

On November 3, Lu Guang was traveling to the western region of Xinjiang, when his wife Xu Xiaoli lost all contact with her husband.

Patrick Poon, a researcher at Amnesty International, believes that the Chinese authorities are afraid the photographer has taken some shots that testify the real conditions of what is going on in Xinjiang.

A few days ago, the family was contacted by the Kashgar security office who informed them of the arrest, even if no written document was issued, and the photographer was not allowed to contact the family or his lawyer.

Some elements may suggest the hypothesis of espionage charges, as a form of retaliation against the arrest of Meng Wanzhou, the powerful daughter of the founder of Huawei, happened a few days ago in Canada.

Michael Kovrig is a former diplomat who works for a think tank and is currently held in Beijing from December 10th.

Michael Spavor, an entrepreneur specializing in travel to North Korea, is being investigated by the Dandong City PSB.

Christian pastor Wang Yi of the Early Rain Covenant Church in Chengdu was charged with subversion against the state after his church was raided.

Over 100 other members of the congregation were interrogated and taken into custody, some of them reported violence during the period of detention.

The Early Rain Covenant Church is one of the major unofficial churches.

Nothing is known about the situation of the pastor’s wife, Jiang Rong.

Before becoming a pastor, Wang was a human rights activist and was quite famous especially among Chinese Christians abroad.

The Early Rain Covenant Church did not operate underground like many other Protestant congregations in China, but posted online sermons and practiced evangelization in the streets.

While in the previous cases the missing people in some way are not aligned with Xi’s vision, that of the Marxist students is a very bizarre case.

The ideological reference point of these students is the one designed by Xi Jinping who strengthened the teaching of Marxism within Chinese universities, reaffirming ideological orthodoxy: less tolerance towards religion, the study of the texts of Marx, Lenin, and Mao.

The fault of these students was paradoxically that of having followed the teachings received too effectively, inexorably triggering the contradiction on which China is founded in the post-Mao era: solidarity with exploited workers, ecology, and rights for women.

Some students like Zhang Shengye were forcibly taken from the campuses and disappeared.

Others like Yue Xin, a 22-year-old student who had reported the case of a suicide of a girl raped by a senior party official, disappeared under other circumstances.

Another 50 students and workers have disappeared with them.

Shao Zhumin, bishop of the unofficial Catholic Church aligned with the Vatican, of Wenzhou, Zhejiang, has disappeared, according to some priests of the diocese, despite the historic agreement reached between China and the Holy See just two months before, a preparatory agreement for a diplomatic rapprochement between the Church and the Chinese government.

The Vatican and China had interrupted diplomatic relations since 1951.

Only this year Shao disappeared three more times, each time held for periods between 10 and 15 days.

Fan Bingbing is one of the most famous Chinese actresses in the world and one of the highest paid.

In July her disappearance caused a stir.

After being under house arrest in a holiday resort in a Jiangsu coastal area, generally used to investigate party cadres, the Chinese actress returned to Beijing.

According to the investigations, which also uncovered the case of the yin-yang contracts used in the Chinese show business, to circumvent the limits imposed on the contracts for the stars, Fan Bingbing would have evaded something like 250 million yuan.

To avoid the arrest, Fan and his company had to pay a fine of 127 million US dollars.

The actress turned to her 62 million followers on Weibo to ask for forgiveness.