We asked a few questions to the legendary American director John Carpenter about Big Trouble in Little China, the cult movie that takes place in the San Francisco Chinatown of the 1980s.

The Chinese, during their diaspora in America, brought with them, not only their traditions but also the Chinese hell!

The original idea was of the screenwriters Gary Goldman and David Z. Weinstein. Goldman inspired by many elements of Wuxia Pian, the martial art movies produced in large quantities in Hong Kong during the 60s and 70s, was fascinated by their Eastern mysticism and by the choreography. The idea of Goldman and Weinstein was to combine Chinese fantastical elements with Western elements.

The two presented the first screenplay to executive producers Paul Monash and Keith Barish in the summer of 1982, which acquired it and had them do a rewrite, but the result did not convince them since the film originally should have been set in San Francisco at the beginning of the century. Goldman didn’t accept the idea to modernize the setting of the film refusing the requests of the 20th Century Fox.

The studios, therefore, removed the original authors from the project and their contribution remains relegated to the end credits. The studios then hired W.D. Richter, a veteran screenwriter, which rewrote the story. He felt that the Wild West and fantasy elements didn’t work together (elements instead used in Shanghai Noon and other films of the genre). The writer then, following the guidelines of the studios, modernized all the elements of the story, aside from the fascinating history of Lo Pan.

In July of 1985, Carpenter read the original screenplay by Goldman and Weinstein, calling it “outrageously unreadable though it had many interesting elements.“

China-underground: Chinese folklore is a very peculiar background, not often exploited by major studios in the US. How did you get the idea to make a movie based on the Chinese folklore and Chinese Triads?

John Carpenter: All I really know about Chinese folklore comes from kung-fu movies. I loved FIVE FINGERS OF DEATH, the one-armed bandit series, MASTERS OF THE FLYING GUILLOTINE, and finally ZU, WARRIORS OF MYSTIC MOUNTAIN. The movie was written by W.D. Richter; I just added  touches. I had a lot of help from the Asian actors and stunt performers on the set. 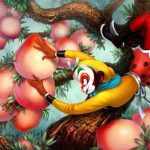 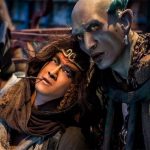 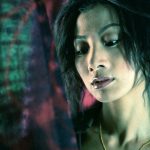 China-underground: Have you been influenced by Chinese or Hong Kong directors to make Big Trouble in Little China?

John Carpenter: Not so much the directors. It’s the movies…

China-underground: What Chinese actors would you like to work with?

John Carpenter: I would love to work with Gong Li.