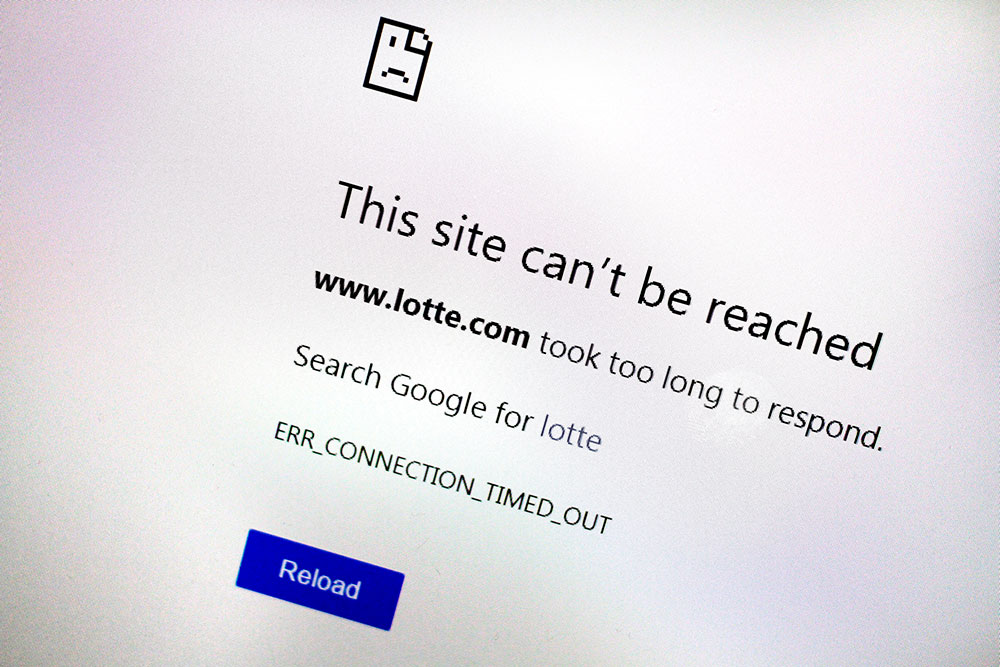 A distributed denial-of-service (DDoS) attack, which overloads servers with requests, began slowing all four language versions of the website at 11:00 a.m. (0200 GMT) and crashed them all around 12:00 p.m., Lotte Duty Free said in a statement.

The attack comes after affiliate Lotte International Co Ltd on Monday approved a land swap to allow the U.S. Terminal High Altitude Area Defence (THAAD) system on what was once its property, in response to the North Korean missile threat.

Neighbouring China objected to the deployment of the system, which has a radar capable of penetrating Chinese territory, saying it will destabilise regional security while doing little to contain heightened security risk on the Korean peninsula.

Russia also opposed the deployment, scheduled for completion this year.

Lotte Duty Free on Thursday said the first wave of the attack on its website was detected on its Chinese language version on March 1. The eventual crash did not occur during a peak traffic time, so lost business would be at most a couple of hundred thousand U.S. dollars, it said.

The Chinese website for the entire Lotte Group, www.lotte.cn, is also down. It has been offline since Wednesday due to a virus, spokesman Kim Min-suk told Reuters on Thursday.

“The (two) websites have been down and we are working to get them back online,” Kim said, declining to comment on the nature or origin of the virus or the origin of the DDoS.

The ultimate origin of DDoS attacks is not necessarily the same as the IP addresses used.

Lotte Duty Free said it expects its website to be fully back online after 6 p.m. (0900 GMT) after strengthening security.

South Korean companies have reported increasing difficulties in China since deployment was confirmed in November, with Chinese state media calling for a boycott of South Korean goods. South Korean artists have also said performances had been cancelled without clear explanation.

A spokesman at Lotte Mart told Reuters that the retailer’s website was accessible on e-commerce platform JD.com (http://lottemart.jd.com), but that the site did not appear in search results. Lotte Mart has asked JD.com to address the issue, the spokesman said.

The South Korean government expressed concern on Thursday about the plight of South Korean firms in China since the deployment was announced. It said it would continue to engage Beijing in dialogue to ensure activities of South Korean companies in China are not hindered.

“To be sure, the challenges we face are serious,” Foreign Ministry Spokesman Cho June-hyuck told a news briefing on Thursday.

Chinese foreign ministry spokesman Geng Shuang said at a regular news briefing the same day that China opposes all forms of hacking and is willing to work with other nations to oppose it.

“As for the guesswork of Lotte, I won’t make a comment. But I think there is no clear answer as to the reason (for the attack). This is just their guess,” Geng said.