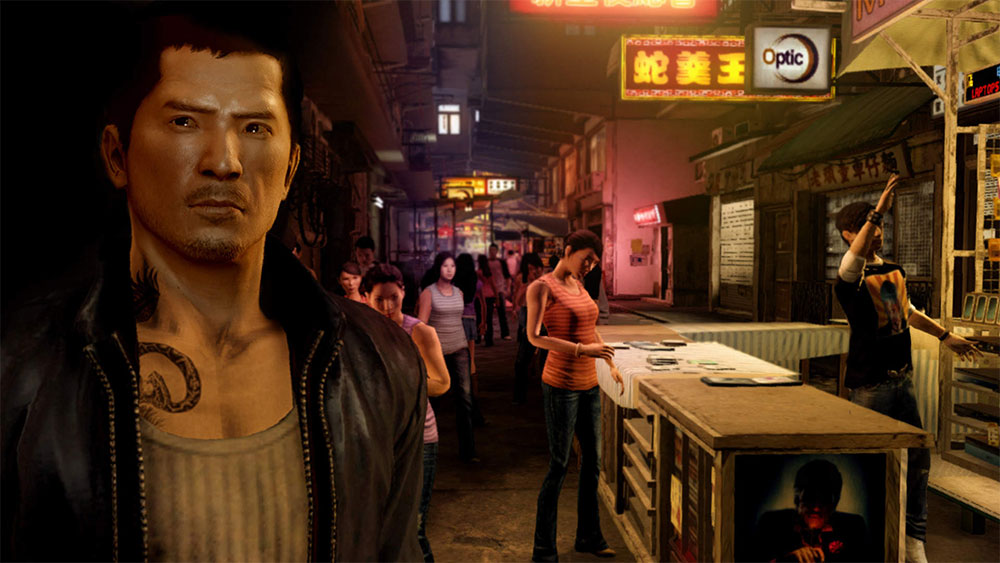 China has provided a rich and cosmopolitan backdrop to many international games set mostly or entirely in China or Hong Kong.

Chinese culture and China is quite a vast tapestry in its history, themes, and ideas. The following is a list of video games set in China.

Heart of China, developed by Dynamix is an adventure game set in 1930s Hong Kong. The game follows pilot Jake “Lucky” Masters as he tries to rescue nurse Kate Lomax from a ruthless Chinese warlord. The game was praised and was called “a significant breakthrough in the interactive storytelling genre”.

Lara Croft’s mission is to find the mythical “dagger of Xian”, a weapon that can transform its bearer into a dragon. Levels of the game are set in China, on (and under) the Great Wall.

Dynasty Warriors is a popular franchise of hack and slash action video games, developed by Omega Force and Koei. The battles are set in the Three Kingdoms era of China.Fear Effect (2000)

Fear Effect is an action-adventure developed by Kronos Digital Entertainment. The game follows the story of three mercenaries: Hana, Glas, and Deke. The daughter of a rich and powerful businessman has run away, and the trio has learned of this via an inside source and plot to find her. The game, generally well-received and praised for its distinctive graphics, is set in Hong Kong.

Shenmue II is a legendary action-adventure developed by Sega AM2 in 2001, set in Hong Kong. The title was directed and written by Yu Suzuki. Ryo Hazuki arrives in Hong Kong in 1987 in pursuit of his father’s killer. His journey takes him to Kowloon and the mountains of Guilin. Here Ryo meets a young woman who is part of his destiny. The video game ends as the two walk through the countryside of Guilin, leaving us suspended leaving us suspended in uncertainty. In June 2015, after more than 15 years since its release, has been announced the third episode of the adventure that should come out by 2019.

Bruce Lee: Quest of the Dragon is a beat ’em up developed by Ronin Entertainment in 2002. Bruce Lee battles multiple enemies to rescue his father and retrieve the mystical Golden Relic from the Black Lotus, an organized crime organization. The game wasn’t well received by the critic.

Jade Empire, developed by BioWare, is a beautiful and imaginative action role-playing game. players take control of the “Spirit Monk”. The game is set in a fictional far-eastern kingdom that is based upon many elements taken from the history of Ancient China and Chinese mythology.

The game, developed by Midway Games, stars Chow Yun-fat and is the sequel to Woo’s 1992 movie Hard Boiled. Inspector “Tequila” Yuen put himself forward for the search of a kidnapped cop. The game was praised for its cinematic flair and melodrama in the storyline true to the style of John Woo, enjoyable battles, and slick presentation.

Kane & Lynch 2: Dog Days is a third-person shooter developed by IO Interactive. Lynch starts a new life in Shanghai with his girlfriend, Xiu. Here, he works for a crime organization led by Glazer. The producers were sued at a court in Beijing for “vilifying” the “Chinese people”.

Sleeping Dogs, also known as True Crime: Hong Kong, is an open world video game set in contemporary Hong Kong. The game was developed by United Front Games and published by Square Enix. Wei Shen is an undercover Hong Kong-American police officer on assignment to infiltrate a Triad organization. Probably is one of the best depiction of Hong Kong. The game is also fun with many fighting, shooting, and stunts.

Battlefield 4 is a popular first-person shooter developed by EA DICE and published by Electronic Arts. The multiplayer contains three playable factions—the United States, China, and Russia. The game is almost entirely set in China: Shanghai, Hainan, Guangxi, etc. In December 2013, shortly after the release of the “China Rising” DLC pack, China banned the sale of Battlefield 4 because the game was a national security risk in the form of a cultural invasion.

The first entry of Assassin’s Creed Chronicles China, developed by Climax Studios and published by Ubisoft, was released in 2015. The game takes place in 1526 China and focuses on the female protagonist, Shao Jun, trained by assassin Ezio Auditore. Shao Jun returns to her homeland to exact vengeance against the Templar group Eight Tigers, who wiped out the Chinese brotherhood.

Total War: Three Kingdoms is an upcoming strategy video game developed by Creative Assembly set in in the Three Kingdoms period. Players control one of the eleven factions led by warlords, including Cao Cao, Liu Bei, and Sun Jian. They must eliminate other factions and unify China becoming its ultimate ruler.

Do you agree with our list? What did we miss?