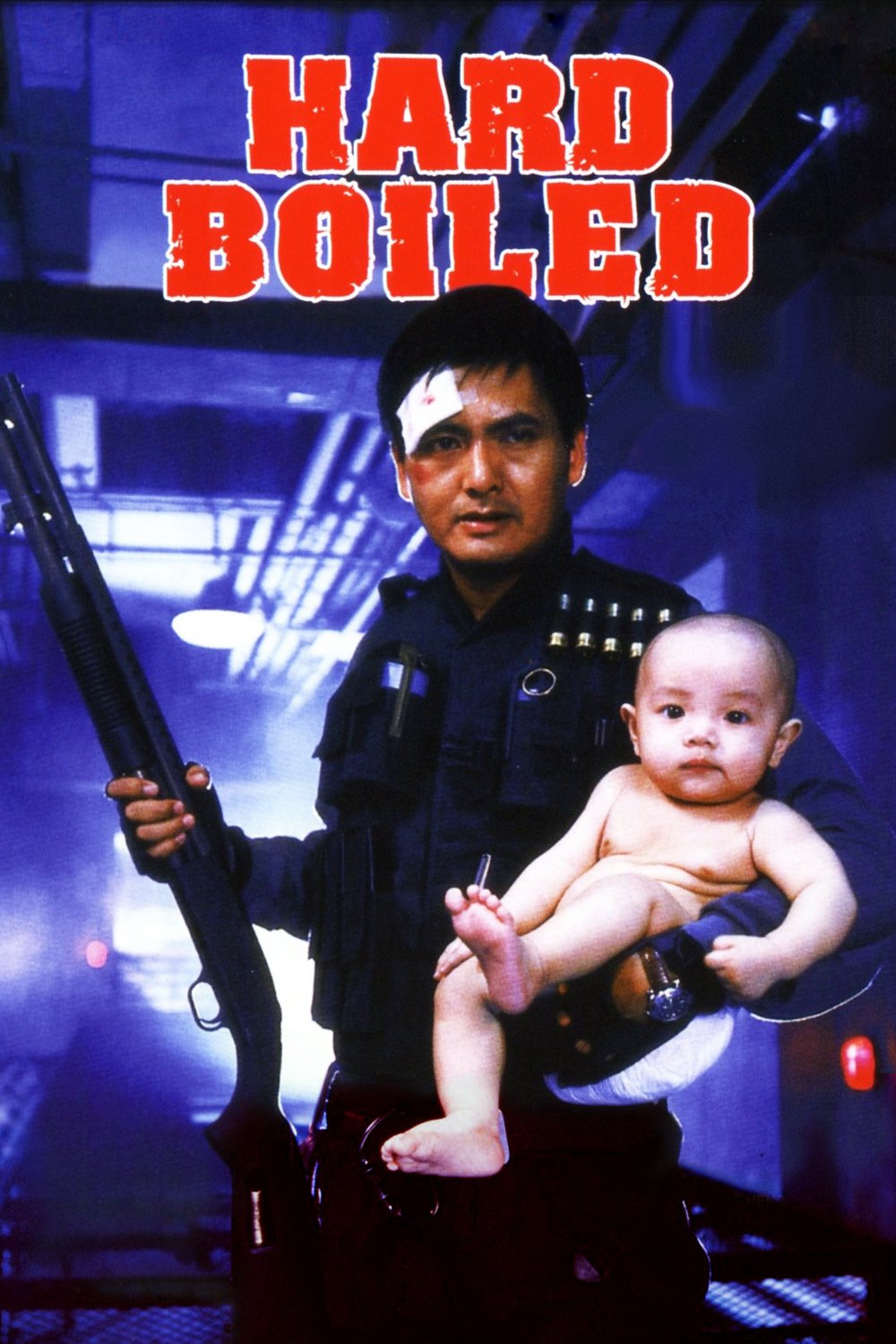 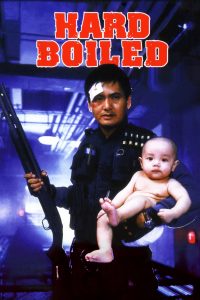 Collections: John Woo
Tagline: As A Cop, He Has Brains, Brawn, And An Instinct To Kill
Genres: Action, Thriller, Crime

Hard Boiled (辣手神探) is a 1992 Hong Kong action film written and directed by John Woo, and starring Chow Yun-fat as Inspector “Tequila” Yuen, Tony Leung Chiu-Wai as Alan an undercover cop, and Anthony Wong as Johnny Wong, a leader of the criminal triads.

The film features Tequila, whose partner (Bowie Lam) is killed in a tea house gunfight with a small army of gangsters. One of the mob’s high-ranking assassins is the undercover cop Alan, who must team up with Tequila for their common pursuit of taking down Wong’s crime syndicate. The film leads up to a climax in a hospital, where the two must rescue innocent civilians and new born babies from the maternity ward while fighting off dozens of mob hitmen.

Hard Boiled was John Woo’s last Hong Kong film before his transition to Hollywood. After making films that glamorized gangsters (and receiving criticism for doing so), Woo wanted to make a Dirty Harry styled film to glamorize the police. After the death of screenwriter Barry Wong, the film’s screenplay underwent constant changes during filming. New characters such as Mad Dog and Mr. Woo were introduced, while the original plotline of a baby poisoning psychopath was cut.

The film was released in Hong Kong in 1992 to generally positive audience reception, but it was not as commercially successful as Woo’s previous action films, such as A Better Tomorrow and The Killer. Reception from western critics was much more positive; many critics and film scholars have come to proclaim its action scenes as among the best ever filmed. In 2007, a video game sequel titled Stranglehold was released, which is in the process of being made into a film.

In a tea house in Hong Kong, Officer “Tequila” Yuen (Chow Yun-fat) and his partner Benny (Bowie Lam), attempt to arrest a group of gun smugglers while they are making a deal. After an ambush from another gang member, a fierce gun battle breaks out. The gangsters are defeated but several police officers are badly wounded and Benny is killed. Angered by the death of his partner, Tequila decides to kill the gangster who ambushed them rather than arrest him. This angers his boss, Officer Superintendent Pang (Philip Chan), who wanted the gangster alive to testify. Tequila is subsequently ordered off the case for his misdemeanor.

Elsewhere, a high-ranking assassin, Alan (Tony Leung Chiu-wai), works for Triad boss “Uncle” Hoi (Kwan Hoi-Shan). Alan murders a fellow member of Hoi’s gang, who had been working for Johnny Wong’s (Anthony Wong) rival syndicate. Wong is impressed by Alan’s skill and attempts to recruit him. Alan reluctantly turns against Hoi when Wong conducts a raid on Hoi’s arsenal at a warehouse. At the warehouse, Wong’s men kill Hoi’s workers and destroy his stock. When Hoi arrives, Wong demands Alan kill Hoi, which he does, along with the rest of Hoi’s men. Just then, smoke grenades explode and Tequila attacks. Alan covers Wong’s escape as Tequila battles and kills most of the gangsters. In the end, Tequila finds himself confronting Alan face to face in the smoke, with guns to each other’s heads. Tequila tries to shoot Alan, but finds he is out of ammo. Although he has a chance to kill Tequila, Alan slowly lowers his gun and walks away.

At the police station, Pang confirms that Alan is actually an undercover cop. Tequila tracks Alan down to his sailboat to try to make sense of the situation, but the two are ambushed by the remnants of Hoi’s gang. Tequila and Alan manage to kill their attackers just before Wong arrives, which allows Alan to keep his cover. Wong realizes that one of his gangsters named Foxy (Tung Wei), is an informant for the police. Foxy is beaten at the docks by Wong’s henchman Mad Dog (Philip Kwok) in front of Alan and Wong. Alan then shoots Foxy in the chest, although he secretly placed a cigarette lighter in Foxy’s breast pocket earlier to prevent the shot from being fatal. Foxy finds Tequila at a jazz bar and informs him that Wong’s armory is in the nearby Maple Group Hospital. As Tequila takes Foxy to the hospital, Wong finds out that Foxy is alive and sends Alan to kill Foxy, as well as sending Mad Dog separately to cover Alan. At the hospital, Alan confronts Tequila, demanding to know the whereabouts of Wong’s arsenal. While Alan and Tequila are distracted, Foxy is killed by Mad Dog.

Alan and Tequila discover a hidden passage in the hospital leading to Wong’s arsenal. They are confronted by Mad Dog, who engages them. Wong arrives at the hospital and has all the patients, police officers and staff taken hostage. After fighting their way to the main lobby, Alan and Tequila liberate the kidnapped patients and police officers. Pang evacuates the lobby while police detective Teresa Chang (Teresa Mo) goes to the maternity ward to organize evacuating the babies. Alan and Tequila continue fighting gangsters until they find Mad Dog. While Tequila goes to assist Chang with the babies, Alan and Mad Dog find themselves in a standoff with a group of patients caught in the middle. They slowly put their guns down and offer the patients safe passage, until Wong appears and shoots them all. An enraged Mad Dog shoots Wong’s gun out of his hand. Wong shoots and kills Mad Dog while Alan escapes.

Tequila finds the last baby in the maternity unit, and carries it to safety while fighting off the last of the gangsters. Alan and Tequila meet up again and are confronted by Wong, who has set bombs to blow up the building. Alan pursues Wong as Tequila escapes the hospital with the last baby, the hospital exploding around him. Outside, Wong suddenly appears holding Alan at gunpoint. After watching Wong humiliate Tequila, Alan grabs Wong’s pistol. In a struggle, Alan shoots himself through the stomach giving Tequila enough time to shoot Wong dead. Later at the police station, Pang and Tequila burn Alan’s police file. Alan then sails away from Hong Kong in his boat.