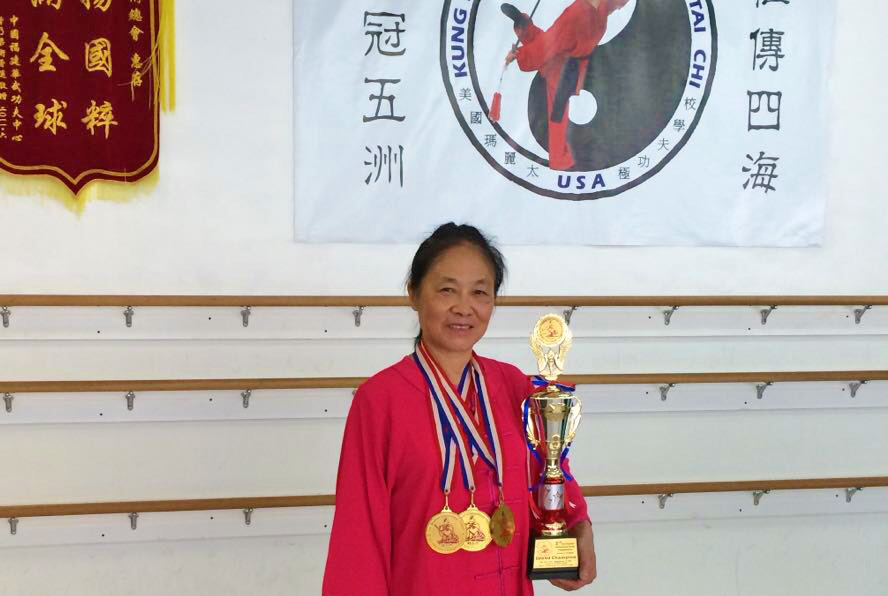 Yan Hua Wang graduated from Yunnan Chinese Medical University. While in school, she was the disciple of numerous nationally renowned Tai Chi masters. In 2000, Wang had been awarded the Tai Chi Martial Arts Medal as well as the silver medal recipient for her outstanding Double Sword performance at the New York International Martial Arts Championship Tournament. She furthered her endeavors and won the gold medal for her Tai Chi Double Sword. Wang combined her traditional medical training with martial arts when teaching. She moved to America and she has trained many students in the art of Kung Fu, which includes sword techniques and Tai Chi Chuan. Wang is currently teaching at the New York Chinese Culture Center.

China-underground: Can you please tell us a little about Tai Chi?
你能剪短介绍一下关于太极拳吗？

Yan Hua Wang: Tai Chi has its root in ancient Chinese culture and tradition. It is an internal Chinese martial art practiced for both its defense training and its health benefit. It is different from physical exercise since its movement originates from the Daoist philosophy: The opening and closing of each movement is full of beauty, combining the hardness and softness, the forces of yin and yang. The phase could be fast and slow and the practice will benefit the elderly and the young.
太极拳是中国古老传统文化，是内外兼修的功法。它是区别于体育锻炼，结合道家养生之术的拳法。刚柔相济，阴阳开合，快慢相间，动作优美，老少皆宜。

What attracted and inspired you? Why did you choose to be a Tai Chi master?
什么吸引你并激励你？你为什么选择成为太极拳老师？

I chose to be a Tai Chi Shifu because of what I mentioned above.
因为以上优点，我当了太极拳老师。

How many years have you been training? How often do you train?
你受过多少年的训练？你多久练习一次？

For over forty years, Tai Chi has played a big role in my daily life. When back in China, I practiced every day. Later I moved to the States, I tried to keep up with this routine.
习练太极拳四十余年。在国内时每天都习练，到美国后也尽量每天坚持。

How has Tai Chi enriched your life? What has it done for you? Which Tai Chi aspects are most important for you?
太极拳如何丰富你的生活？它为你做了什么？哪个太极方面对你最重要？

To practice and to teach Tai Chi makes me feel blessed since I have met a lot of friends and students who are interested. Under my lead, they start to achieve the mindfulness of both their physical and mental self. Actually, I should attribute all these health benefits to Tai Chi and its profound power. I joined the New York Chinese Cultural Center in 2001 as the Tai Chi Shifu, which is an important chapter of my life.
让我认识了很多朋友和学生。让我快乐，身心健康。太极博大精深的。

What have been your personal and professional successes?
你个人和职业上的成功是什么？

It is not the success that I am seeking, through the teaching of Tai Chi, I have to say. I simply consider it as my passion and my life.
成功谈不上，但是我非常喜爱教太极拳这个。

What are the main aspects of your teaching and practice?
你的教学和实践的主要方面是什么？

I would like to share with the general public the benefits of Tai Chi. Also to pass down the Chinese tradition and culture to the next generation.
传承中国传统文化，让更多人知道学太极拳的好处。

Can you tell us something about the main benefits of Tai Chi?
你能告诉我们关于太极的好处吗？

The practice of Taichi involves your full body to improve the circulation of blood and Chi. It is not fierce or intense thus won’t make people overdraft. It accords with the law of life and does not harm the human body. Mental and physical health, longevity, beauty, and youth are just some of the many benefits of practicing Tai Chi.
太极拳是全身性的运动，练太极拳能调养血气，畅通经脉。它不激烈，不使人透支，合乎生命运动规律，不损害人的身体，让你身心健康，长寿，显得年轻，漂亮。 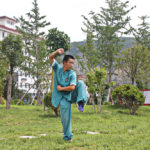 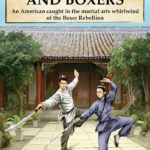 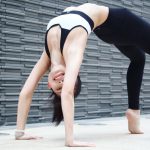