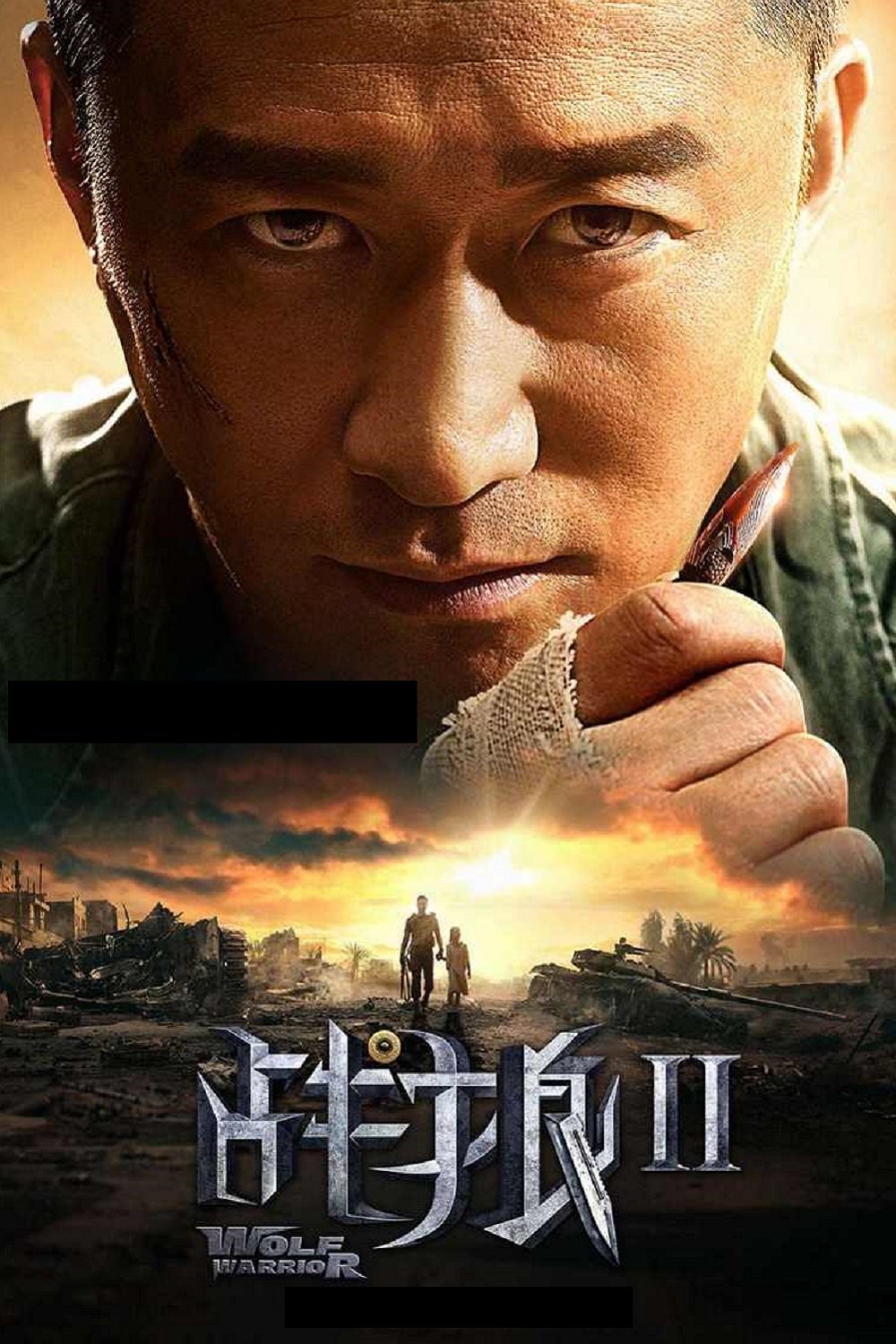 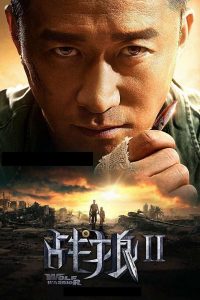 Sequel to the Action-hit Movie "Wolf Warrior" (2015). China's deadliest special forces operative settles into a quiet life on the sea. When sadistic mercenaries begin targeting nearby civilians, he must leave his newfound peace behind and return to his duties as a soldier and protector.

Sequel to the Action-hit Movie "Wolf Warrior" (2015). China's deadliest special forces operative settles into a quiet life on the sea. When sadistic mercenaries begin targeting nearby civilians, he must leave his newfound peace behind and return to his duties as a soldier and protector.

Sequel to the Action-hit Movie “Wolf Warrior” (2015). China’s deadliest special forces operative settles into a quiet life on the sea.

Wolf Warriors 2 (Chinese: 战狼2) is a 2017 Chinese action film directed by Wu Jing and starring Wu Jing, Celina Jade, Frank Grillo, Hans Zhang, and Wu Gang. The film is a sequel to 2015’s Wolf Warriors. It was released in China on 27 July 2017. The film tells the story of a loose cannon Chinese soldier named Leng Feng who takes on special missions around the world. In the sequel he finds himself in an unnamed African country protecting medical aid workers from local rebels and vicious arms dealers. Wolf Warriors 2 was a commercial success. It broke numerous box office records, including the biggest single-day gross for a Chinese film as well as the fastest film to cross RMB 1 billion, 2 billion and 3 billion box office marks, it also became the first film to surpass USD$500 million box office mark domestically. On 7 August 2017, the film overtook The Mermaid to become the highest-grossing film of all time in the Chinese box office.

After the events of Wolf Warriors, Leng Feng returns to his hometown, only to see it on the verge of being torn down completely. He stops and fights the boss responsible for the destruction, and is sentenced to 2 years in military prison and expulsion from the Chinese Special Forces. After being released from prison, he leaves for Africa, planning to wander for the rest his life. He has been carrying a bullet, which he found as a clue to his fiancee’s kidnapping that happened while she was on a mission, for 3 years. Shortly after the arrival of the Rebels and mercenaries, a Chinese destroyer arrives to evacuate strictly Chinese civilians caught up in the middle of the civil war, but after overhearing guards talking about needing someone to rescue workers at a factory and an important doctor who knows the vaccination for Lamanla (Dr. Chen), Leng Feng volunteers. However, he is on his own as without the Chinese army higher authorities’ permission no other personnel can follow him as they’re on foreign grounds. He travels to the hospital, 60 km away from the dock and enters the hospital building just as Dr. Chen is killed by the mercenaries accidentally. With his few dying breaths, Dr. Chen tells him to take his daughter, an African girl named Pasha. Together they, alongside a female doctor Rachel Smith, escape the grips of the mercenaries, but with cut backs. While escaping, he cuts his hand in a pile of Lamanla infected bodies, but he shakes it off and moves on. They continue their journey of saving the Chinese as Leng Feng also goes to save his good friend’s mother, who’s working in the Hanbound factory.

The film was noted for showing incredible legs at the box office despite being a tent pole movie earning quintuple times its prequel and quadruple times distributor’s initial estimates.

It topped the international box office for all major films on two separate occasions – in its first two weekends.

It became the highest-grossing film in China after just twelve days of release, overtaking The Mermaid which held the record for six months.

As a result, it became the tenth film to earn over US$500 million in a single territory following Titanic, The Dark Knight, Avatar, Marvel’s The Avengers, Star Wars: The Force Awakens, Jurassic World, The Mermaid, Rogue One: A Star Wars Story and Beauty and the Beast.

It is also the fastest film to reach the CN¥2 billion and CN¥3 billion mark in China, doing so on its eigth and eleventh day and became the first film to earn more than CN¥200 million for twelve consecutive days globally.

Due to the film’s rising popularity and strong holds, analysts believe the film could end up making CN¥5 billion to CN¥6 billion at the Chinese box office alone.

This resulted in the film posting an opening of CN¥975 million – or CN¥921 million without online ticketing fees – through Sunday, and US$125 million from Friday to Sunday.

As a result of excellent reviews and strong word-of-mouth, the film’s Sunday take rose 15% from Saturday’s, a rare feat in a country where the biggest films are usually the most front-loaded.

This pushed the film past the CN¥1 billion threshold with a total of CN¥1.265 billlion.

By Thursday, the film had earned past CN¥2 billion, the fastest film to do so in the least amount of time.

In just 10 days, the film grossed CN¥2.73 billion to become the biggest release of 2017 there, surpassing The Fate of the Furious and the second highest-grossing film ever, behind only The Mermaid.

The film’s demand was so strong that it made more in its second weekend that the first.

The same weekend it passed the CN¥3 billion threshold with a total of CN¥3.159 billion becoming the second Chinese film to reach the mark after The Mermaid.

On Monday, August 7, it became the biggest ever Chinese film released just after twelve days of release.