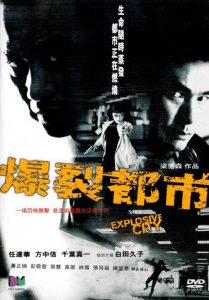 A young Japanese woman has been trained to become a professional killer since childhood. Two cops pursue the girl, who has assassinated a Hong Kong official.

A young Japanese woman has been trained to become a professional killer since childhood. Two cops pursue the girl, who has assassinated a Hong Kong official.

When Japanese assassin Jade (Hisako Shirata) fails in an attempt to kill a visiting dignitary, the ensuing melee leaves her with amnesia and in police custody.

Cop Ming (Alex Fong) gets on the case to work out the woman’s identity and motives but before he can get anywhere with an investigation, her boss Otosan (Sonny Chiba) rings up on the video phone. Ming’s wife is immediately killed on screen and, with the son then taken hostage, Ming agrees to follow Otosan’s instructions. A hit on Jade is arranged but when that doesn’t go as planned, Ming and the assassin team up and go on the run from both Otosan and a police team led by Cheung (Simon Yam). As Jade slowly regains her memory, she recalls being kidnapped by Otosan as a child to become a killer. Revenge is soon on the cards as well as plans to recover Ming’s son but action quickly escalates across Hong Kong and abroad.

Explosive City unfolds with a heavy emphasis on action, gearing the plot to include as much of it as limited funds permitted while steering clear of comedic or romantic sidetracks. The multi-genre quirkiness of director Sam Leong’s earlier low-budget work is dispensed with in this more focused genre-driven approach, moving instead towards a more tense and dark scenario. Aiming for a more international scope, Explosive City flits between locations in Hong Kong and an unidentified Macau, while bringing terrorists from a fictitious foreign locale into the mix. Action is staged across the territories and makes good use of the occasional unusual spots, including the final re-use of Hong Kong’s abandoned international airport before it met the wrecking ball. Simon Yam and Alex Fong lend their strong acting credentials to the production and Sonny Chiba once again provides an authoritative presence in a Hong Kong movie as art-loving gang head Otosan. Hisako Shirata shows promise in her first film appearance in a demanding role as a killer.