Sang Yu (Darren Wang), a young writer fails to complete a job for which he was paid in advance, as he is exhausted and exhausted by attempts to remain constantly awake.

Every time he closes his eyes, a demon chases him and kills him in his dreams.

Distressed by this nightmare that prevents him from having a normal life, he spends his days running away from those whom he owes money.

A dizzying downward spiral begins when he is evicted, robbed of his personal computer and has no money to buy food.

The moment he seems to have reached the lowest point, Sang Yu receives advice from an elderly (Jin Shijie) street food vendor who will spur him to face the dream and the demon, waking up before being killed.

But this is not the only benefit: in addition to awakening from the nightmare before his assassination, Sang Yu brings with him treasures from the world of dreams.

He discovers that he also had a special ability and power that allow him, overnight, to become a rich man sleeping at night.

The fortunes and the money obtained from dreams, help him to change his lifestyle, to have more respect from his friend San Ge (Cao Bingkun) who believed in him and also can finally win the love of Hua’er (Song Jia).

But the treasures and that opulence guarded and also flaunted, attract the attention of a ruthless and unscrupulous gangster. Inevitably even Sang Yu’s affections are overwhelmed by the criminal’s horde, thus leading the young man to reconsider his choices and “dreams”.

“Super Me” is a film where reality, dreams, desires, fears, and fantasies intertwine, starting from the unconscious of the deeper self of the individual, in which the director takes us on a journey of exploration into the unknown, putting into the light and facing the doubts of self-consciousness.

“Super Me” is a film where reality, dreams, desires, fears, and fantasies intertwine, starting from the unconscious of the deeper self of the individual, in which the director takes us on a journey of exploration into the unknown, putting into the light and facing the doubts of self-consciousness.

The film initially appears as a fantasy comedy of action, but deepening and understanding the details that the director disseminates in the unfolding of the plot, as if they were the pieces of a puzzle, we can think and find innumerable and fascinating interpretations that lead us also to universal dramas: the fear of failure, of death, the desire to love and the fear of not being reciprocated, wanting to achieve success at all costs, etc …

In the beginning, we find ourselves in front of a creative writer during a strong period of stress, a little bohemian, unkempt, strange, agitated, disturbed.

Starting from the problems of sleep and stress, the film takes the tone of a dramatic and imaginative story.

Sang Yu seems to be at the mercy of lucid dreams and hallucinations, at times we might believe he has psychological problems and is tormented by the fruit of his illness/fantasy.

A person at the mercy of his mind and/or his dreams outwardly appears to be introspective or schizophrenic.

In the eyes of others, the individual stuck in life with his own fears and burned by desires may even seem depressed.

The approval of the outside world, gratification, leads those who are in a similar situation to seek acceptance through ways that satisfy the materialistic sense.

The judgments of others are important and the individual feels fulfilled by satisfying the projections of what he believes may not disappoint the expectations of the people he loves and admires.

We can see this in the relationship between Sang Yu and Hua’er, whom he always loved, almost as if he were a clumsy stalker. 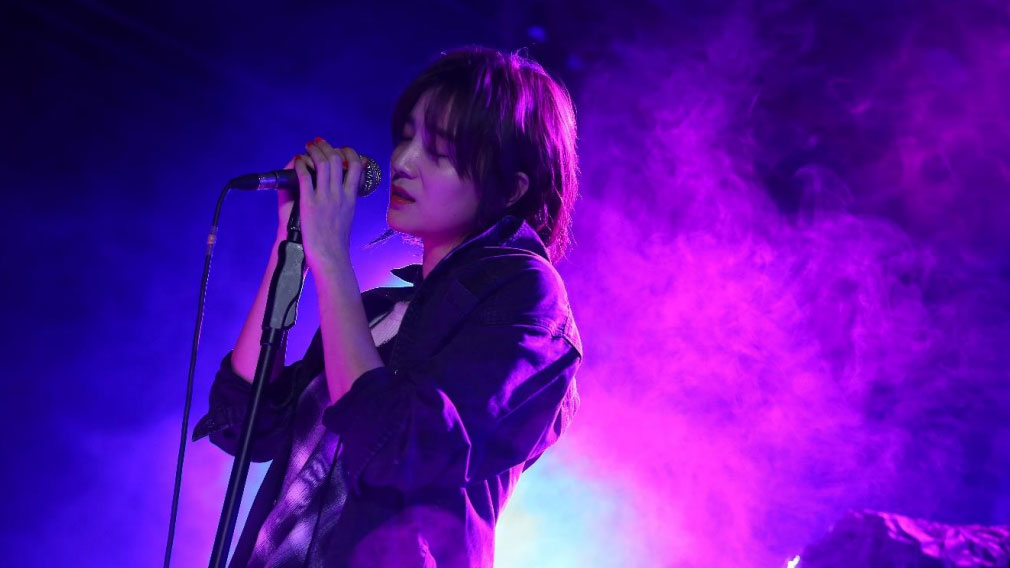 When he realizes he has a special power, he tries to solve the economic problems of his loved one.

But does Hua’er really need financial help or is this part of Sang Yu’s view that he wants to feel useful in her life?

Love influences the psyche and the choices of the protagonist.

The memories of the past of Sang Yu and Hua’er seem to be projected between the dream and an alternative reality as if each one saw things from personal own point of view, for this reason, their memories combined together are parts of different mirrors that reflect individual realities and subjective.

When the director delves into and explores the theme linked to the world of dreams, the complex functioning of the human psyche and the internal struggles between Id, ego, and super-ego (3 phases of transformation that Sang Yu faces) are evident and show the concepts of the theory of psychoanalysis of Sigmund Freud.

The process of individuation is not lacking in the narrative representation in a background rich in natural products, attentive and creative inspired by the studies of Carl Gustav Jung.

The meanings of dreams are always ambiguous, they can have multiple interpretations, obligations, and inheritances and therefore lead to presuppose choices of a certain type that are overwhelming in a life journey.

But dreams reveal more than they hide and they integrate into our conscious and unconscious lives.

There are signs in life that cannot be interpreted immediately.

Sleeping, in the dream it triggers almost in a sort of reflection and meditation that reveals parts of the self.

When it comes to dreams in the movies it becomes impossible not to think of “Inception” by Christopher Nolan.

A dream within a dream leads to a change in the perception of the reality of a situation and it is the subconscious or conscious mind that manages, deepens understanding and reasoning.

Dreams since ancient times for man have a magical, spiritual meaning are revealing, inspiring, prophetic.

When Sang Yu begins to be aware of his power, as he lies down to sleep, in the background of his bedroom we see the painting “The Dream of Jacob” by Spagnoletto (Jusepe de Ribera) which represents the mysterious dream of the patriarch Jacob, a trait from the book of Genesis.

Jacob seems to be asleep and behind him is a staircase of light.

To Jacob in a dream, he is told “wherever you go, I will take you back to this land” and so it also happens for Sang Yu who from the realm of dreams returns to reality undamaged and rich.

The biblical episode of Jacob’s dream in art history is also called “Jacob’s ladder” impossible not to think of the 1990 psychological movie, “Jacob’s Ladder”, directed by Adrian Lyne, where Jacob, played by Tim Robbins, has strange visions, wakes up briefly in another reality and lives bizarre hallucinations that continue to haunt him, almost like the protagonist of “Super Me”.

But the painting also offers us other keys to reading and comparisons: Jacob is “hit” by a ray of light while Sang Yu in his ascent towards wealth, taking an elevator, to the top floor of the skyscraper is in darkness.

His rise, the desire for success, made him enters a climb that inevitably leads to greed.

At one point Sang Yu, inspired by San Ge, seems to be taking the path of the delusion of Omnipotence when he thinks of building a place for the needy.

The craving risks turning into arrogance and bringing it to a sort of tower of Babel.

The ladder placed on the earth, and the top of it that reached the sky, is reflected and inverted in the dark skyscraper.

On the top floor, there is no paradise but an upsidedown that looks like the gates of hell.

The ladder returns in the fight with the gangster’s band and this time the scene brings to mind the different interpretations of Jacob’s ladder since we find the main interpreters of the film and the ladder seems to be the human soul, each character represents instinct of human beings.

Knowing your limits, getting to know each other becomes essential to understand the moment of error and bring order back.

Sang Yu fights and flees, he is wounded and paralyzed but in the process, he moves from one real plan to another, When he seems to find himself dead in hell and becomes his feared demon.

But the transformation in his killer turns out to be in his protector. 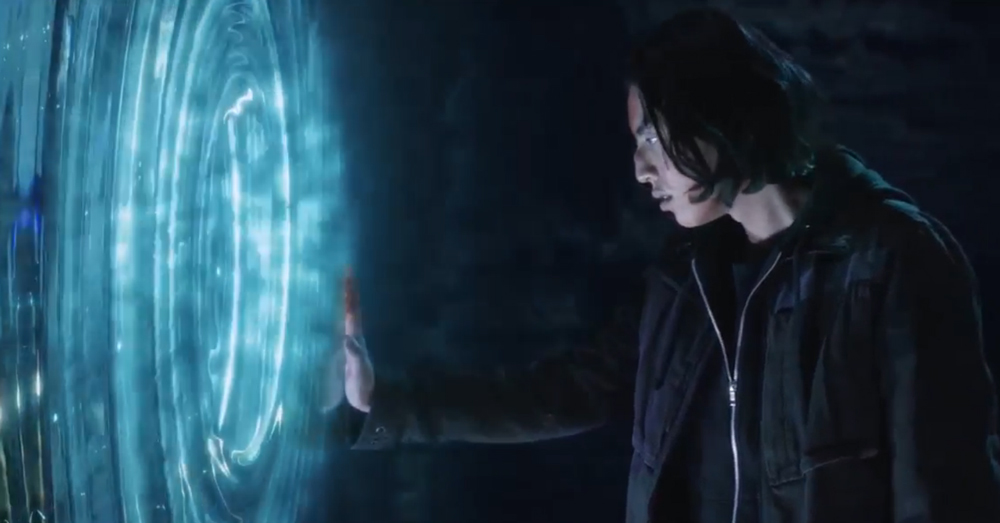 He discovers that he is his own demon, his super-ego, an “angel” demon that saves him.

His redemption and salvation come when he touches the abyss.

The demon that also appears as the guardian of treasures, symbolizes that the treasure must not be touched, that the steps of the ladder must be traveled one at a time and that the priorities of life are appreciated moment by moment, simply.

When it destroys the low relief, it saves itself, breaks the door between the two worlds and opens up towards salvation.

When dreams come true and the order of reality is changed implicitly, the consequences are paid.

Everything has its price, even dreams and this price can be very expensive.

So resetting them and starting over with more modest expectations can be less risky for ourselves and for those we love.

Despite the very deep themes, there are moments of conflicting relationships between friendship and work between Sang Yu and San Ge, where the latter wand with chopsticks, as if he wants to make him wake up, to see the reality.

Maybe Sang Yu was always sleeping/dreaming when he didn’t react to events, maybe he was at the mercy of his deep self?

Funny and carefree scenes such as when Darren Wang brings back to mind Tobey Maguire as Peter Parker dancing in the street in Spider-Man 3; or going cinematically back in time, John Travolta as Tony Manero at the beginning of Saturday Night Fever.

Or moment of wisdom, where the elderly street vendor (Jin Shijie) like Mr. Miyagi (Pat Morita) of Karate Kid, becomes a master counselor, who teaches life and in this case the art of safe travel in dreams because he has already experienced it.

Thanks to Fortissimo Films for the collaboration 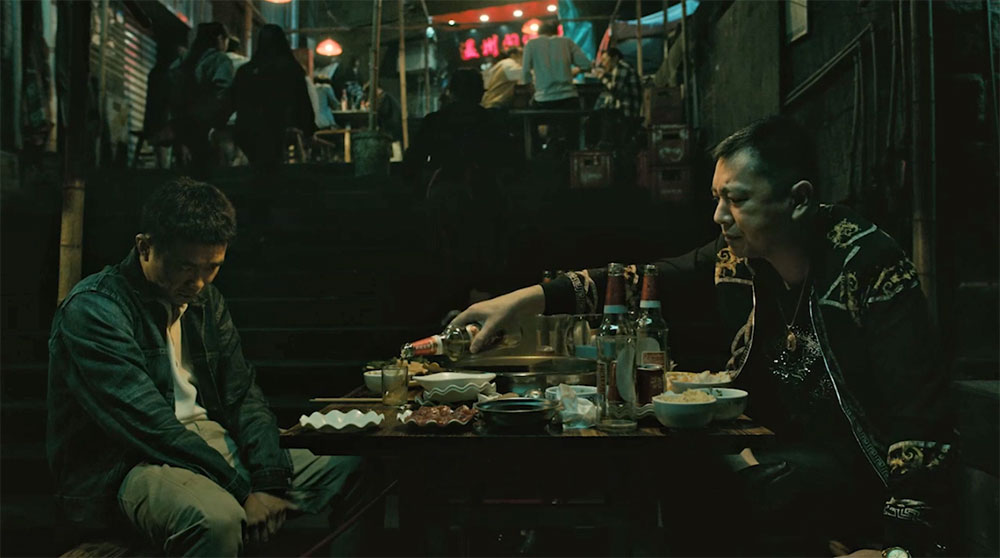