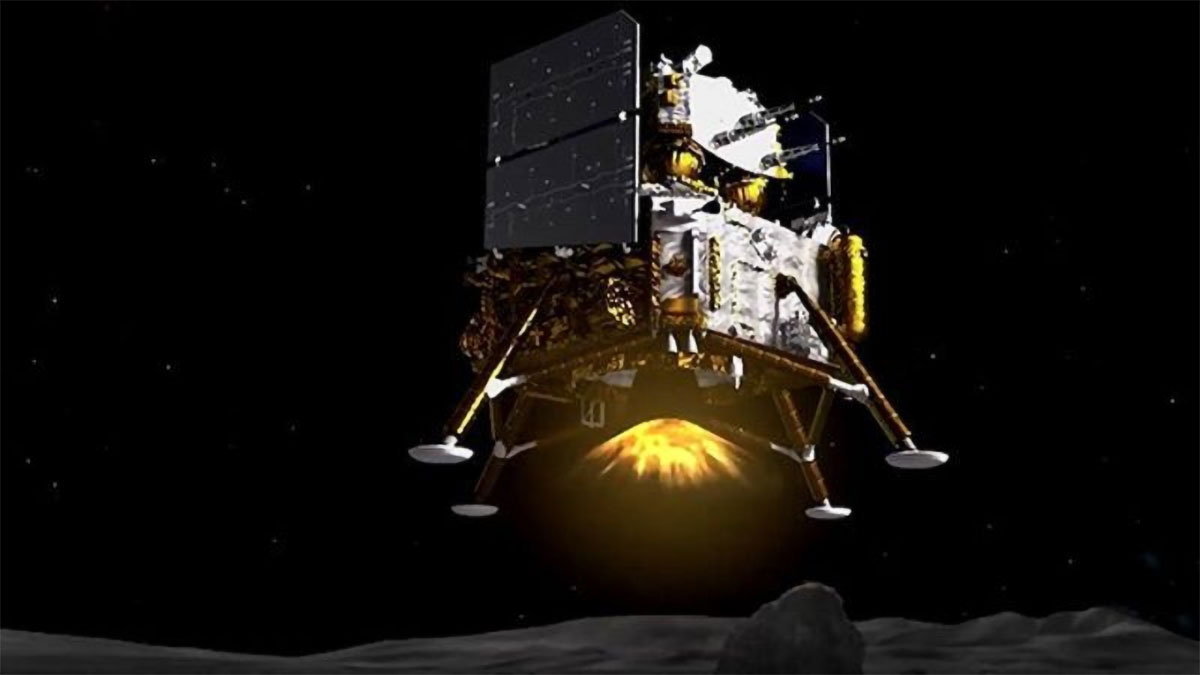 The Chang’e-5 robotic mission landed on lunar soil with the aim of collecting 2kg of samples of dust and rock to bring back to Earth.

The mission aimed at the Mons Rümker volcanic complex in the northern part of the region known as Oceanus Procellarum.

Over the next two days, the lander will examine the surrounding environment and collect samples. If everything proceeds smoothly, about 2 kilograms of stones and soil will be collected and packed in a vacuum metal container inside the ascender.  The ascender’s rocket will elevate it to lunar orbit to rendezvous and dock with the re-entry module. It will transfer lunar samples to the module and then undock from the latter.

The rover is equipped with a series of instruments including a chamber, a spectrometer, a radar, and a drill.

The collected material, about 2kg of soil, will then be sent to an orbiting vehicle that will transport the samples to Earth.

The last mission to bring back samples was Soviet Luna 24, 44 years ago, which collected 200gr of samples.

Only after the touchdown was confirmed did Chinese TV channels break into their programming to relay the news.

The Chang’e-5 spacecraft weighing 8.2 tons was launched from Wenchang spaceport in southern China on November 24 (local time). It arrived above the Moon over the weekend, entered orbit, and finally split in two.

One part, the return module, remained in orbit, while the lander-ascender descended to the Moon.

The precise position was reported as 51.8 degrees west longitude and 43.1 degrees north latitude.