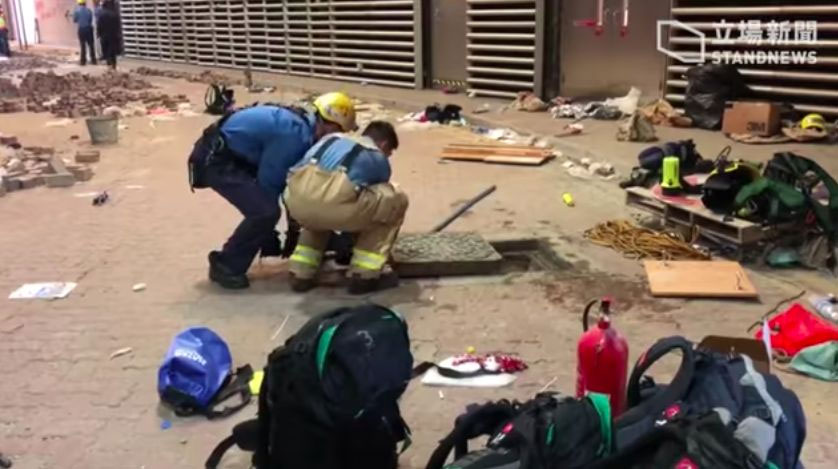 Some protesters tried to escape from the siege of PolyU, the Hong Kong Polytechnic from the sewers.

Related articles: The dramatic escape of the students from PolyU in Hong Kong, Hong Kong PolyU is under siege by the police

On Tuesday morning some protesters sought to leave the campus through an underground pipe network to avoid capture by the police.

Firefighters also searched the drainage system with reports that some people had tried to escape via the pipes, but have so far made no discoveries.

Some of them fell ill during the escape and had to be treated by medics.

One demonstrator reported having tried to continue through the sewers, but the pipes were too dirty.

The students said they were aware of the risks beforehand but decided to press on because no help was coming from outside.

According to local media, some students had gone missing after descending into the sewers.

The Fire Services Department searched the pipes but to no avail. 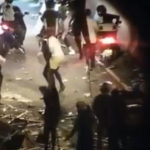 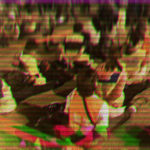 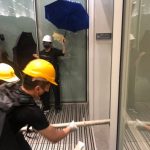 Yesterday several students had lowered themselves with ropes from the bridge of the polytechnic to escape from the university under siege by the police.

The polytechnic was occupied by protesters a week ago.

The police surrounded the area on Sunday, blocking all access to the campus.

From that moment the situation has deteriorated, with the police who tried in every way to force the barricades of the students who defended themselves with arrows, improvised catapults and incendiary bombs.

An arrestee in #PolyU successfully live-streamed the process of arrest, recording #HKPolice uttering death threats, and pepper-spraying them while they were detained. #SOSHK#StandwithHK #HongKongProtests pic.twitter.com/2XfJybwHP8

Student leaders appealed to the public for help, while police broke into campus arresting students, doctors and nurses.

Teams of doctors and firefighters intervened on the site to rescue the protesters in hypothermia due to the range of water cannons and wounded.

A large number of firefighters and medics went inside the PolyU campus at around 10am on Tuesday to treat the injured, with some having suffered from hypothermia since being repeatedly doused with water cannon on Sunday.

More than 1000 students have been arrested.

Poly U entrance in flames as riot police try to storm in #HK #HongKongProtests #StandwithHongKong pic.twitter.com/egcKyS4X5j