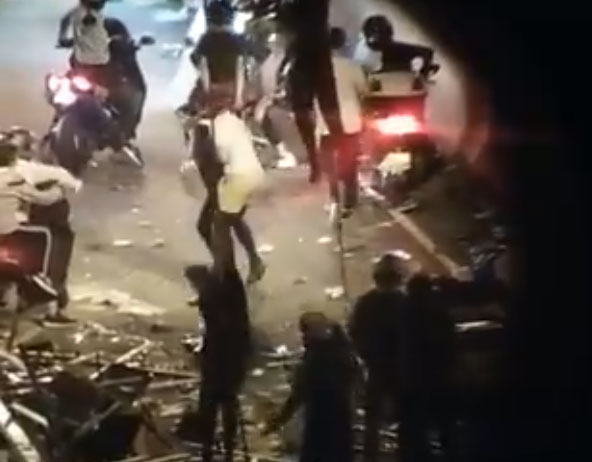 Videos circulating online show the dramatic escape of the protesters from PolyU.

Update – According to Hong Kong Free Press, Ip Kin-yuen, an education sector lawmaker, earlier cited police as saying that those under 18 inside the university would be free to go after recording their ID numbers and taking a photo— but the police reserved the right to arrest them later.

Police have issued an ultimatum to protesters they’ve now surrounded at the city’s Polytechnic University.

Protesters are attempting a daring escape through a bridge at Polytechnic University. Volunteers on motorbikes came in drives to drive them out.

Related article: Hong Kong PolyU is under siege by the police

Thousands of people are coming out to help save the students trapped in the university.

Thousands of people are coming out to help save the students trapped in #PolyU. But the police keep releasing tear gas and arrested a lot of protestors. #SOSHK #HKPoliceState #TiananmenSquareMassacre2019 pic.twitter.com/RZVMQSIhFv

Hong Kong riot police broke into the university campus of the Polytechnic and battled protesters.

The police used water cannons against the protesters at a short distance.

The #HKPolice uses the water cannon to the protesters only within near 10 metres. Then they shoot the bullets to them. They want to kill them all! It may cause the stampede! Hong Kong Police is worse than the devil.#SOSHK #HongKongProtest #PolyU #StandWithHongKong https://t.co/yn0lwYouFc

Hong Kong police bombarded students who left the university with round of teargas and rubber bullets.