No.223 (Lin Zhipeng, 林志鹏) is a photographer and freelance writer.

He was born in Guangdong province and graduated from Guangdong University of Foreign Studies with a major of financial English. No.223 is one of the most important members of the Chinese generation of photographers who have risen to prominence from social media. He started with a blog, that reach millions of views, where he posted his art photographs works. He has contributed to numerous creative and fashion magazines as editor and writer and has produced photo shoots. In 2005 he began his self-publish project.

Numerous are his solo exhibitions around the world. No.223 allowing the audience to get into fragments of real-life and feeling: homes, nights, couples at parties, bodies, people naked through nature, love, fetishism, taboo … A journey to images of the inexorable continuous evolution of identity in China that is both personal and international. He offered an intuitive photographic view almost unknown to Chinese young adults. No.223 currently lives and works in Beijing.

China-underground: What is the main reason that motivated you to get into photography?

No.223: What do you want to tell with your photos?

Life. Any moment and mood of life, my experience, and my friends.

How difficult was to portrait LGBTQ themes in China?

Not difficult for me. I don’t think it is difficult in China. There are no reasons to make it difficult.

What was the first reaction of the Chinese audience?

Has China lifestyle changed, compared to when you started photography?
What are the biggest challenges nowadays?

Of course, many things have changed. The economy of China is going fast. The lifestyle of most people is getting better and more open-minded. But in gay society, it’s not always going well. For example, Chinese biggest social media Weibo announce that words about gay would be deleted and blocked. It happens only 3 months ago. But finally, Weibo canceled this rule after people protesting in Weibo.

What is your experience as a photographer in the era of social media?

I built up my first blog in 2003 and kept posing my photography works on it. It got about 2millions view at that time. I also used Flickr as my photo album to release my photo works. As the blog disappearing, I started to use Weibo and Instagram. All of my social media are platforms to share my opinion and artworks. It’s a convenient way to let more people know about your works. I was a blogger first and then became a photography artist.

Through his lens and snaps, he portrays an intimate and private hidden China that is no different from global youth life feeling and culture

Can you share with us a moment from backstage of photo shooting?

I traveled to Madagascar in 2015, I came across an area “Red Tsingy”. It’s some kind of red earth and full of limestones. When I visited there, a voice in my mind to ask me I have to strip off and run into this big area. And I did so. I took a picture of the landscape with my iPhone. I showed it to my friend and ask her to keep shooting for me as the composition of the iPhone photo when I was running with shirtless.

Photography as a sign of time and existence, which creates interior journals that are an exclusive game of complexity and diversity

“No. 223” name is inspired from Wong Kar-wai’s Chungking Express. 223 is the badge number of the cop played by Takeshi Kaneshiro.

“My works are part of my life and only exist when I live my life.”

Photo courtesy of No.223 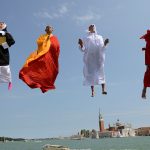 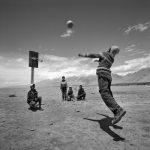 The life of Tajiks living in Xinjiang 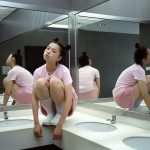 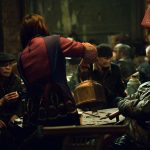 China has a huge hidden debt, according to S & P Global

1 thought on “Interview with Lin Zhipeng, No.223, Art Photographer”