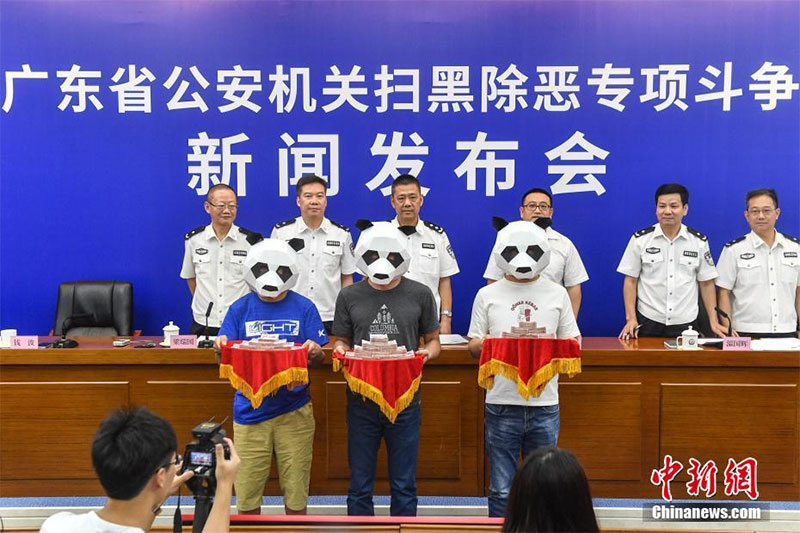 On the morning of 5 July, the Guangdong Provincial Security Bureau gave a total of 500,000 yuan (75,000 USD) to three people who reported crimal activities during a press conference on the fight against organized crime.

Related articles: History of the Triads in Hong Kong and China, the Green Gang in Shanghai

On the same day, the Guangdong Provincial Public Security Bureau reported that the Guangdong police had launched three centralized operations against organized crime recently, and successfully destroyed a batch of illegal activities in Guangzhou, Foshan, Shenzhen, and Shantou.

Chinese whistle-blower are rewarded according to the relevant provisions of the “Incentive Measures” law, with a maximum reward of RMB 500,000.

In the images, some moments of the press conference.

On July 5th, the items involved in the case were displayed in the Guangdong Provincial Public Security Department.

System recognizes your emotions in 3 seconds