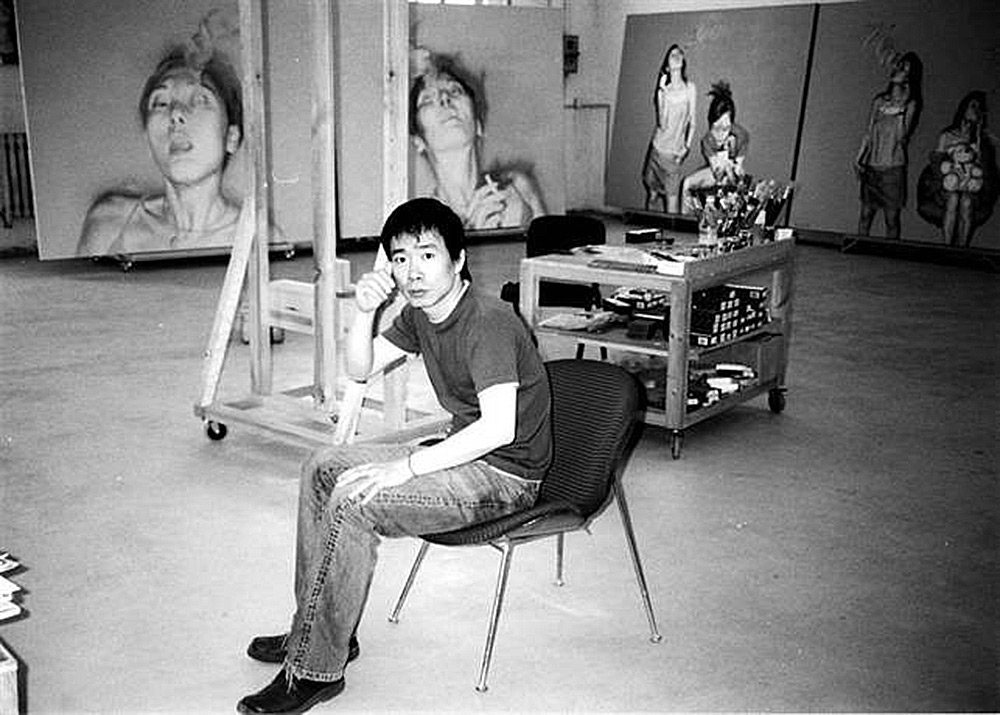 He Sen’s works have been displayed in Paris, Milan, New York, Hong Kong , Los Angeles and many other cities.

During the first decade of 2000s, He Sen created provocative portrays of youth struggling in China’s fast-changing modern society.

Most of his subjects are women smoking in their homes, presented in seductive underwear and poses, in contrast to their bodies & facial expressions.

China-underground: When did you start working? What led you to decide to become an artist?

He Sen: I started my second year of university in 1987, but I became an independent artist only in 1991.

What are the most important influences in your work?

What do you think of the new Chinese artists?

I believe that the new, young Chinese artists of the late ‘90s, are substantially different in the approach/application of ideas and materials compared to those artists who began working in the’ 80s. Moreover, the early contemporary artists used to use images such as Mao, Coca-Cola or Mac Donalds in their works. Today, however, young artists are more introspective, and give more attention to their private lives.

Why did you decide this theme (girl, smoke, toy)?

My interest derives from the fact that this specific “mood” is rampant in the new Chinese generations: they seem to be frightened by responsibility, almost as if they wanted to escape. These three things, the girls, the smoke and the toys, mixed together, seem to somehow exemplify this feeling. Moreover, the girl with a toy caught smoking a cigarette is still a child, she is young and still beautiful, but somehow it is trying to shy away from its responsibilities.

What do toys symbolize in your performances?

Toys are of course something that is associated with children, childhood, something that can be played by anyone without requiring a great deal of energy. Thus, in my paintings we see adults playing with toys for children. An easy thing to do, which does not require any effort. An escape.

Why do many characters in your paintings seem to not see? And if they can not, what do they not see?

This was obviously intentional: if there are no eyes, there is no soul. This represents a lack of widespread spirit among today’s youth. There is no true spirit. So, if people have eyes, they also have spirit, but these are not my true feelings. There is an expression of undefined boredom on the faces of the girls.

What types of materials do you prefer to use for your work? What is your attitude towards colors?

I only use oil paints, I have never used any other means. It is an expressive choice. In the past, I did not use a lot of colors. But I decided to change when I realized that using color would help me to achieve what I felt. Although I prefer red and blue, I decided to work with pink and pale blue for these last works. These two colors seem to be somewhat contradictory if used together: they are two colors that normally generate a certain tranquility of mind, but in the context of these paintings can not instead generate a kind of anxiety in those who enjoy the work, and anxiety is a product of a large number of current societies. 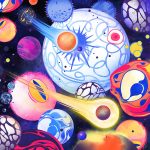 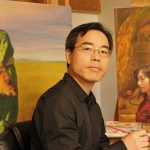 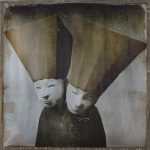 A Bonsai of My Dream – Works by Wong Cheng Pou
Previous