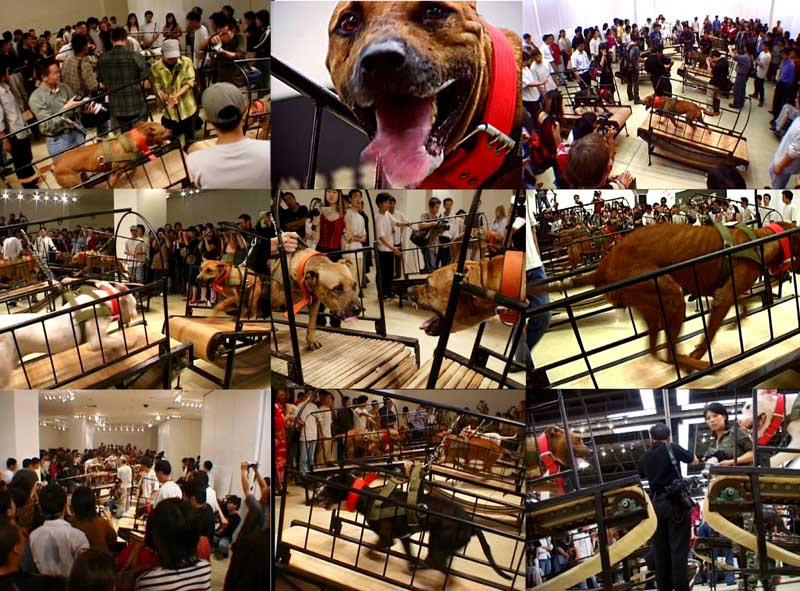 NEW YORK (AP) — The Guggenheim Museum in New York is facing pressure to remove a planned video installation showing dogs trying to fight each other.

The video, entitled “Dogs That Cannot Touch Each Other” is a recording of a 2003 Beijing art piece that had four pairs of American pit bulls on opposing treadmills charging at each other but not touching. The New York Times reports (http://nyti.ms/2wat9gO ) animal rights supporters call the video animal abuse and are running a petition encouraging the museum to remove it and other pieces.

Guggenheim said Thursday that the piece is intentionally provocative and the dogs in the video were not harmed.

The planned three-month exhibit, “Art and China After 1989,” will feature a number of similar pieces, including one involving live insects and reptiles.