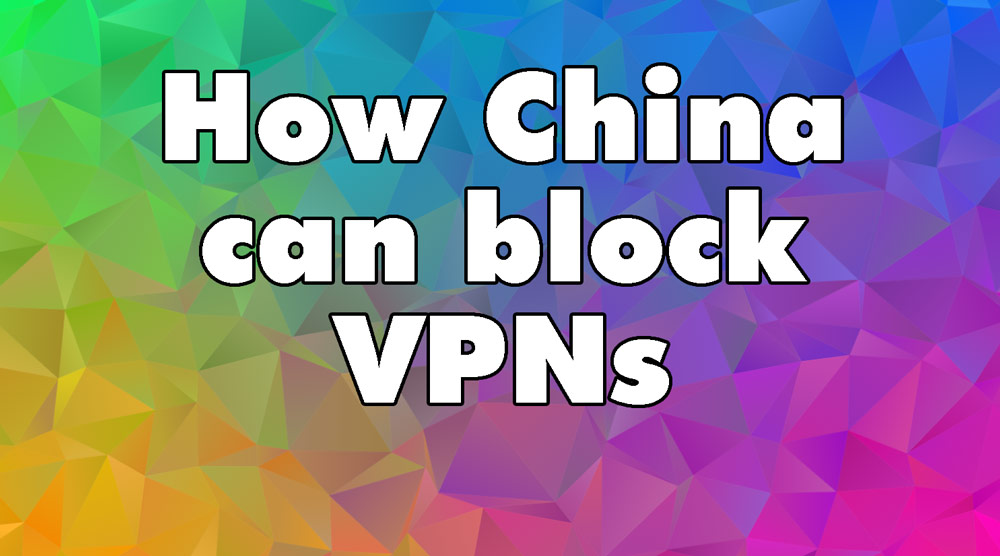 We try to do some ‘clarity on the VPNs ban in China.

Is China really able to block VPNs in the country? How? We asked these questions to representatives of the major VPNs providers for the Chinese market: VyprVPN, NordVPN, and ExpressVPN.

VyprVPN – In January of this year China, for the first time, officially asserted that VPNs are not allowed “without authorization” within the country. Although they’ve implemented VPN blocks in the past, this is the first time they’ve come out and said it – and announced regulations that effectively outlaw VPNs and other circumvention tools. Then, in July, they announced a full-on VPN ban to take effect by February 2018. China has been ramping up censorship actions aggressively in the weeks since this announcement – blocking VPNs and asking providers to remove VPN apps from the app stores (Apple removed 60+ major VPN apps from the China App Store last week) – indicating they are in fact serious about their announcement. Although the details are still a bit murky (we are working with a legal team to decipher the exact specifics), their actions indicate they are in fact planning to ban VPNs.

We created an infographic detailing the increased censorship, which is located below (Sunday Yokubaitis, President of Golden Frog, makers of VyprVPN; Liz Kintzele, VP of Sales & Director of Marketing).

ExpressVPN – There has always been an ongoing game of cat-and-mouse with China and VPNs – while recent developments indicate that censors are using new tactics, they are still a continuation of this “game.” (Harold Li, Vice President, Express VPN International Ltd).

If so, how China can technically block VPNs in the country?

VyprVPN – In the past, the blocking of VPN services within China has been a bit of a cat and mouse game. The government generally cracks down on VPN use (and increases other censorship measures) in advance of elections and major political events, then pulls back. In the past, they’ve implemented IP blocking to prevent VPN use, which in plain terms means the government identifies groups (blocks) of IPs used by various VPN providers then blocks access to these IPs.

Plans for the recently-announced VPN ban vary from this strategy, however. The new method is to block VPNs at the ISP level. To implement, the government has ordered the three largest state-owned telecoms (China Mobile, China Unicom, and China Telecom) to block access to any sites offering VPN services or other related tools (Sunday Yokubaitis, President of Golden Frog, makers of VyprVPN; Liz Kintzele, VP of Sales & Director of Marketing).

NordVPN – When it comes to China, nothing is ever certain, and that’s the approach we took from the get-go. It’s not yet clear how the Chinese government is going to implement the ban from the technical point of view (Jodi Myers, PR/Marketing, NordVPN).

ExpressVPN – Censors have a number of tools at their disposal, including blocking IP addresses, blocking a combination of IP addresses and ports, and DNS poisoning. As an established VPN provider, we have both the resources and the experience necessary to counter these tactics and mitigate their impact, and we are able to invest in preemptive measures to keep our services accessible and secure. This is how ExpressVPN has consistently managed to maintain a reliable level of service for our customers in spite of challenges over our eight-year history. (Harold Li, Vice President, Express VPN International Ltd).

VyprVPN – While I can’t say with certainty the VPN ban will go into effect – there’s been a lot of backlash against the recent actions of the Chinese government, and particularly Apple’s compliance with their regulations which will hopefully perpetuate change – I do believe censorship will continue to increase within the country. If not a full-on VPN ban, I think we’re in for more aggressive blocking tactics from the government and an increased crackdown on the distribution of these tools.

I can only hope that Internet users worldwide will continue to speak up and fight for their right to access an uncensored, unrestricted Internet. At Golden Frog, we’ll continue to fight against legislation that threatens Internet freedoms and work to offer a tool, VyprVPN, to enable access to a free and open Internet worldwide. We’re currently working on a filing to Apple regarding their recent removal of VPN apps from the China app store. We have also been in communications with the UTSR on the topic of VPNs in China, and how an outright ban would not only threaten Internet freedoms but present barriers to business. (Sunday Yokubaitis, President of Golden Frog, makers of VyprVPN; Liz Kintzele, VP of Sales & Director of Marketing).

NordVPN – We cannot be certain what will happen in 2018, but NordVPN will do everything within our power to enable our users to continue enjoying Internet freedom. (Jodi Myers, PR/Marketing, NordVPN)

ExpressVPN – It’s clear that VPNs play a fundamental role in China’s increasingly connected and globalized economy – whether it’s onshore, corporate VPN services like China Telecom’s or offshore, personal services like ExpressVPN. Given that VPNs are a critical tool for secure communication and global connectivity in China, we are optimistic that VPNs will continue to be accessible from China for the foreseeable future. (Harold Li, Vice President, Express VPN International Ltd).

‘Maniacal’ focus on China puts Steve Bannon out of mainstream