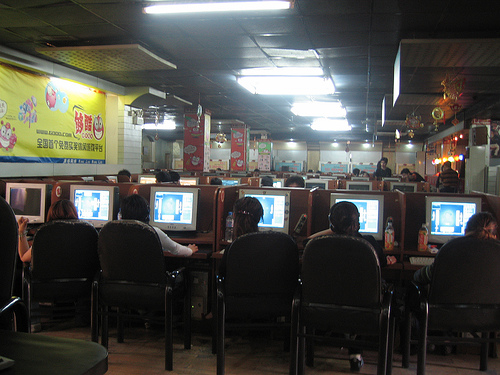 Meet the Chinese netizens who combine a hatred for the ‘white left’ with a love of US president Donald Trump.

If you look at any thread about Trump, Islam or immigration on a Chinese social media platform these days, it’s impossible to avoid encountering the term baizuo, or literally, the ‘white left’. It first emerged about two years ago, and yet has quickly become one of the most popular derogatory descriptions for Chinese netizens to discredit their opponents in online debates.

So what does ‘white left’ mean in the Chinese context, and what’s behind the rise of its (negative) popularity? It might not be an easy task to define the term, for as a social media buzzword and very often an instrument for ad hominem attack, it could mean different things for different people. A thread on “why well-educated elites in the west are seen as naïve “white left” in China” on Zhihu, a question-and-answer website said to have a high percentage of active users who are professionals and intellectuals, might serve as a starting point.

The question has received more than 400 answers from Zhihu users, which include some of the most representative perceptions of the ‘white left’. Although the emphasis varies, baizuo is used generally to describe those who “only care about topics such as immigration, minorities, LGBT and the environment” and “have no sense of real problems in the real world”; they are hypocritical humanitarians who advocate for peace and equality only to “satisfy their own feeling of moral superiority”; they are “obsessed with political correctness” to the extent that they “tolerate backwards Islamic values for the sake of multiculturalism”; they believe in the welfare state that “benefits only the idle and the free riders”; they are the “ignorant and arrogant westerners” who “pity the rest of the world and think they are saviours”.

Apart from some anti-hegemonic sentiments, the connotations of ‘white left’ in the Chinese context clearly resemble terms such as ‘regressive liberals’ or ‘libtards’ in the United States. In a way the demonization of the ‘white left’ in Chinese social media may also reflect the resurgence of right-wing populism globally.

However, Chinese netizens’ fierce attacks against the ‘white left’ seem curiously devoid of experiential motivation, since all these problems that conservatives in the west are concerned about – immigration, multiculturalism, minority rights, and affirmative actions – are largely unknown to Chinese society. This is not to say that discrimination against women and ethnic, religious and sexual minorities do not exist in China. They are no less serious or structural here than in any other societies. But cultural and identity politics has never gained much salience as political issues under an authoritarian regime, although feminist activists have received increased attention recently. Overall, there has been ‘too little’, rather than ‘too much’ political correctness as perceived by conservatives in the west.

In fact, heated discussions about baizuo on Chinese social media websites rarely make reference to domestic issues, except for occasionally and unsurprisingly insulting Chinese Muslims for being “unintegrated” or “complicit in the spread of Islam extremism”. The stigmatization of the ‘white left’ is driven first and foremost by Chinese netizens’ understanding of ‘western’ problems. It is a symptom and weakness of the Other.

The term first became influential amidst the European refugee crisis, and Angela Merkel was the first western politician to be labelled as a baizuo for her open-door refugee policy. Hungary, on the other hand, was praised by Chinese netizens for its hard line on refugees, if not for its authoritarian leader. Around the same time another derogatory name that was often used alongside baizuo was shengmu – literally the ‘holy mother’ – which according to its users refers to those who are ‘overemotional’, ‘hypocritical’ and ‘have too much empathy’. The criticisms of baizuo and shengmu soon became an online smear campaign targeted at not only public figures such as J. K. Rowling and Emma Watson, but also volunteers, social workers and all other ordinary citizens, whether in Europe or China, who express any sympathy with international refugees.

In May 2016, Amnesty International published their survey results indicating that the most welcoming country for refugees was China. Leaving the reliability of its sample and methodology aside, this finding was not at all taken as a compliment in the Chinese media. Global Times conducted their own online survey in response to Amnesty’s claim, and the results were quite the opposite: 90.3% said ‘no’ to the question ‘would you accept refugees in your own household?’ and 79.6% said ‘no’ to the question ‘would you accept refugees in your city, or would you like to be neighbours with refugees?’. Ironically, Amnesty’s portrayal of China as a welcoming country for displaced people was even read by some netizens as part of a foreign conspiracy, intended to pressure the Chinese government to accept more refugees. A senior researcher at the Chinese Academy of Social Sciences commented that this survey was “weird” and seemed to “incite citizens against the government”.

The anti-baizuo discourse in Chinese social media gained stronger momentum during the US presidential election campaign. If criticisms of the ‘white left’ in the context of the refugee crisis were mainly about disapproval of ‘moralist humanitarianism’ mixed with Islamophobia, they became politically more elaborate as Chinese critics of the ‘white left’ discovered Donald J. Trump, whom they both identify with and take inspirations from. Following the debates in the US, a number of other issues such as welfare reforms, affirmative action and minority rights were introduced into online discussions on the ‘white left’. Baizuo critics now began to identify Obama and Clinton as the new epitome of the ‘white left’, despite the fact that they were neither particularly humanitarian nor particularly kind to migrants. Trump was taken as the champion of everything the ‘white left’ were against, and baizuo critics naturally became his enthusiastic supporters.

To be sure, and fortunately, not all in Chinese cyberspace talk about the ‘white left’ in a derogatory way, just as not all appreciate the views and style of Trump. Rao Yi, a renowned neurobiologist and public intellectual, was one of the few to publically criticize the demonization of baizuo and Chinese netizens’ support for Trump on television. His statement stirred up a great deal of controversy online. An overwhelming majority of Zhihu users thought that Rao had only proved that he was typical of the ‘white left’: biased, elitist, ignorant of social reality and constantly applying double standards.

What are the possible explanations of the prevailing hostility to the ‘white left’ in Chinese social media? Only a fraction of the arguments can be considered interests-based, and they are made by established and newly arrived overseas Chinese in Europe and North America. Many students and job-seekers in Europe, for example, argue that it is simply unfair that they “have to work so hard to stay, whereas these refugees can simply come and claim asylum”. More or less established Chinese immigrants in the United States often make the case that affirmative action policies put Chinese-Americans in a disadvantageous position, and “Chinese should not pay the price for the wrongs white Americans have done”. It isn’t the place to analyse the pitfalls of these claims here; my focus is rather on why mainland Chinese people adopt such a strong and emotionally charged view on issues they do not have direct experience with. The following ideological, instead of interest-based factors might be at play in both domestic and international contexts.

From a domestic perspective, the proliferation of anti-baizuo sentiment is clearly in line with the dominance of a kind of brutal, demoralized pragmatism in post-socialist China. Many of the attacks on the welfare state and the idea that states have obligations towards international refugees appeal to the same social Darwinist logic of ‘survival of the fittest’. It is assumed that individuals should take responsibility for their own misery, whether it is war or poverty, and should not be helped by others. The rationale goes hand in hand with the view that inequality is inevitable in a market-economy-cum-Hobbesian-society. Although economic disparity in China has been worsening in recent years, sociologist Yu Xie found that most Chinese people regard it as an inevitable consequence of economic growth, and that inequality is unlikely to give rise to political or social unrest.

Pragmatism with an emphasis on self-responsibility seems to be the ideology of our post-ideological times. It is, in UK prime minister Theresa May’s words, ‘living within our means’. This is combined with a general indifference towards race issues, or even worth, with certain social Darwinist beliefs that some races are superior to others, leading many mainland Chinese netizens to dismiss struggles against structural discriminations as naïve, pretentious or demanding undeserved privileges.

Seen from the perspective of international relations, the anti-baizuo discourse can be understood as part of what William A. Callahan calls ‘negative soft power’, that is, constructing the Chinese self through ‘the deliberate creation and then exclusion’ of Others as ‘barbarians’ or otherwise inferior. Criticisms of the ‘white left’ against the background of the European refugee crisis fit especially well with the ‘rising China’ versus ‘Europe in decline’ narrative. According to Baidu Trends, one of the most related keywords to baizuo was huimie: “to destroy”. Articles with titles such as ‘the white left are destroying Europe’ were widely circulated.

In an academic-style essay that was retweeted more than 7000 times on Weibo, a user named ‘fantasy lover Mr. Liu’ ‘reviewed’ European philosophy from Voltaire and Marx to Adorno and Foucault, concluding that the ‘white left’ as a ‘spiritual epidemic’ is on its way to self-destruction. He then stated that Trump’s win was only “a small victory over this spiritual epidemic of humankind”, but “western civilization is still far from its self-redemption”. However ridiculous it may appear, the post is illustrative of how a demonized Other is projected onto seemingly objective or academic criticisms of the ‘white left’. Ultimately, the more the ‘white left’ – whatever it means – represent the fatal weakness of democracy, the more institutional and normative security the Chinese regime enjoys. The grassroots campaign against the ‘white left’ thus echoes the officially-sanctioned campaign against ‘universal values’, providing a negative evidence for the superiority of the Chinese self.

Finally, it should to be noted that the internet in China is subject to strict censorship. The Chinese government has been known to hire a large number of ‘internet commentators’ to fabricate social media posts. According to recent research conducted by scholars at Harvard University, 29% of such posts they investigated fell into the category of ‘taunting of foreign countries’. It is nonetheless impossible to know whether these accused posts are indeed written by government employees. Similarly, it is hard to tell whether some of the criticisms of baizuo are coming from fabricated commentators-for-hire. However, given the strict censorship regime, criticizing democratic values such as pluralism, tolerance, and solidarity is certainly one of the safest ‘critical’ opinions ordinary citizens can express online.

The article was originally published on Opendemocracy.net 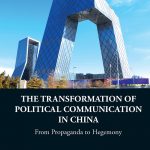 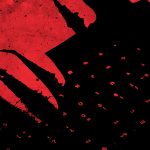