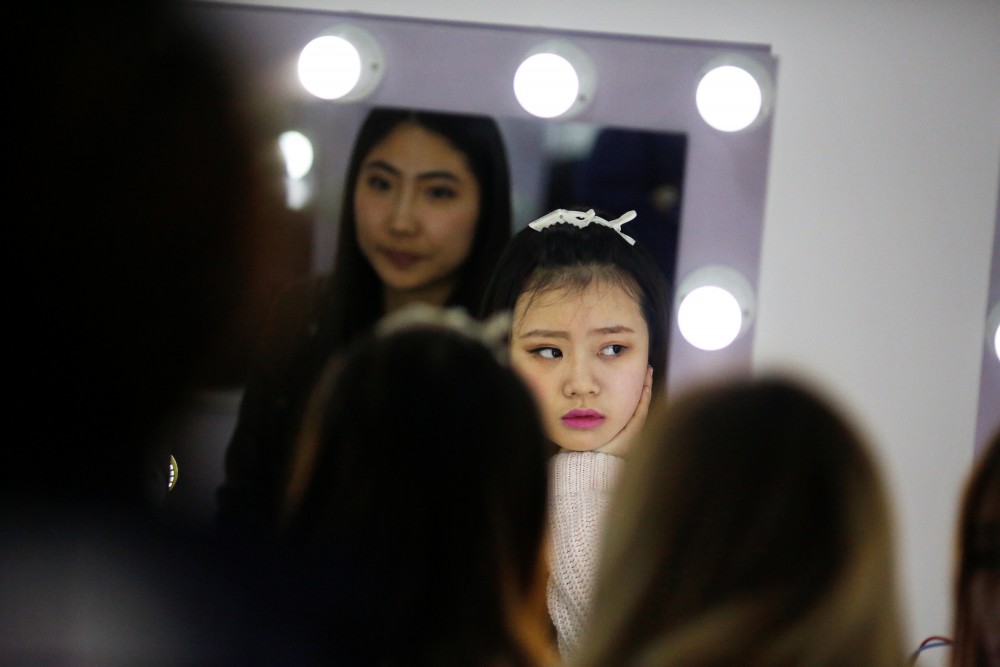 By Shu Zhang and Matthew Miller

After five hours of rhinoplasty and facial fat injections that left her with gauze covering her nose, eyes, forehead and cheeks, the 27-year-old said she felt “even worse than dead”. But the suffering was worth it.

Jing is among tens of thousands hoping to find online stardom as an anchor on the live video streaming phenomenon sweeping China’s media.

The fastest-emerging internet sector barely existed in China three years ago but last year produced revenues of more than 30 billion yuan ($4.3 billion) and according to an estimate by investment bank China Renaissance Securities, is set to more than triple that by 2020. That puts it on track to overtake cinema box office receipts in a few year’s time.

“I want more people to watch me, to spend Huajiao coins on me,” Jing explained, referring to the virtual gifts her online followers buy that she can later redeem in part for cash.

“In the end, I’ll be able to marry a tall, handsome and rich man,” Jing said.

The lure is some 344 million Chinese netizens – more than the population of every country on the planet bar China and India – who were watching live streaming sites in December. And that is only about 47 percent of all Chinese Internet users. There are about 150 live streaming platforms, most producing entertainment shows.

The importance of live streaming in lower-tier cities is greater than elsewhere in China. Access to the internet via a mobile phone is the major, if not the only, gateway to shopping and entertainment, said Karen Chan, equities analyst at Jefferies Hong Kong.

Live streaming has also bolstered the growth of ancillary businesses, including agencies looking to find the next live streaming star, consumer loans, and even cosmetic surgery.

At an office building in a suburb of Beijing, dozens of Deng’s female anchors work each day around the clock in three shifts. Each anchor sits in a small booth, decorated to appear like a girl’s bedroom, facing a computer.

They sing and flirt with fans, encouraging them to buy virtual gifts, like a rose, sportscar or villa. The cash for the gifts is split by the platforms, agencies and the anchor.

After the spurt of growth in live streaming and the rush of platforms it spawned, the arrival of tech giants is pointing to consolidation in the sector, analysts said.

“Live streaming has always been a ‘cash-burning’ industry,” a Douyu executive, who declined to be identified, told Reuters. “After an industry growth spurt, very few live-streaming platforms can survive until B round,” the executive said, referring to the next stage of a company’s financing.

In July, China’s culture ministry announced that it had shut down 4,313 online show rooms, firing or punishing more than 18,000 anchors. Twelve platforms, including heavyweights Panda TV, 6.CN and Douyu, were punished and ordered to make changes after offering illicit content that “promotes obscenity, violence, abets crime and damages social morality”.

Still, the prospect of change in the sector hasn’t faded the hopes of thousands of young Chinese who want to become internet stars.

“Live streaming cannot be faked and cosmetic surgery increases the chance of getting a virtual gift,” said Jin, who reckons about a fifth of Soyoung customers come from the live streaming universe.

Jing, the Huajiao anchor, said her goal was to become famous enough as a streaming anchor to open her own online e-commerce store.

“Using 72 hours of pain in exchange for three to five years of good looks is totally worthwhile,” Jing said following her cosmetic surgery.