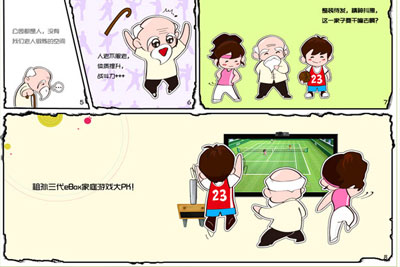 According to the CEO of Eedoo, Jack Luo, the Ebox(by Lenovo) will be released during the first quarter of next year.

However, Ebox will not be the official name of the console, since it’s only a code name. The official price is around 3000 RMB (450 USD!), which is the price that some 20 million Chinese households would be able to spend for a gaming system. At launch, Ebox will have 30 titles produced by Chinese mainland developers. The biggest problem of the Chinese market is piracy, which is why first the games will be included in the official price. According to Jack Luo, the technology behind Ebox will be able to compete with Kinect, the new Microsoft device to be released on November 4.

The Xbox 360 is still not allowed to be sold in China, however, according to the regulations of the WTO, China on March 19 2011, will need to open the market to foreign competitors. According to Ya-Qin Zhang, corporate vice president of Microsoft China, during an interview with a reporter of China Joy, Xbox 360 would officially enter the Chinese market next year. According to the expectations of Lenovo within two years, sales of Ebox should exceed one million units.

Once upon a time in China: Photos shot by tourist during the Qing dynasty