Rules of the Game in Experimental Ink and Wash.

I. Striving for the Independent Academic Status of Ink and Wash
The Starting point of experimental ink and wash is to solve the problem of the academic status of ink and wash, which is a vital technical and conceptual problem within the system and discipline. For in the traditional system and discipline, ink and wash is a technical problem within the scope of ink-applying technique but not an independent plastic language. Since the time when the classical style of writing was superseded by writings in the vernacular, written language has been very near to everyday spoken language. This not only has resulted in the loss of the poetic, calligraphic, literary and picturesque characters of classical texts, but the mentality of the public also has been transformed unnoticeably.

The status, position and knowledge based on the system of the classical style of writing gradually cease to be effective. With the general change of the instruments and materials for writing, people are increasingly out of practice at traditional techniques of writing. The rapid development of the means of transportation has changed thoroughly our mental feeling of time and distance affected by velocity. The feeling of slow walking caused by classical texts is completely different from the feeling caused by the high-speed transportation nowadays. The spread of the mass media and the development of the technology of propagation make information available to us at higher and higher speed. We involuntarily get involved in relevant or irrelevant events and have to seek for strategies to save ourselves form being driven to the periphery.

III. Experimental Scheme of Making Ink and Wash
After 1996, comparatively clear group sense began to appear in experimental ink and wash, and individual solutions of ink and wash also became more and more mature. There was a new development from two-dimensional deconstruction to the making ink and wash in which comprehensive means and mixed media are used. Making and writing became the dividing line between different rules of the game. Making is the basic idea and basic means in the times of industry. Is it necessary and possible to adhere to the traditional standard of writing in experimental ink and wash? It is a technical problem, and a problem of instrument and the transformation of context. The popularity of the instruments dicides their influence, and the more influential they are, the greater their competitive power will be. If traditional instruments and materials for writing are generally out of use in an era, the knowledge system based on traditional instruments and materials will cease to be effective. Calligraphic brushwork is the standard for writing in classical texts, and the mode of writing represents not only a kind of technique of writing but a whole set of aesthetic standards of techniques. The increase of rigidity and hardness of the instruments and materials for writing brings about both the convenience of writing and the general unfamiliarity with traditional instruments and materials for writing. The traditional technological aesthetics continues to lose the support of the context of reality or of the tacit understanding of traditional techniques on the part of the public.

IV. The Cultural Status of Experimental Ink and Wash
There is a prevalent view at present that the experiments not on the easel are more valuable than those on the easel. This means that experiments on the easel are unimportant or meaningless, or forms are not important and the most important thing is ideas. This viewpoint is inconsistent with common sense. Any mode of expression will not do without the support of forms. Even in performance, the body used to express the artist’s viewpoint is also a kind of form, and a kind of medium. The experiments on or not on the easel are the choices made by the artist according to the operability and the possibility of success. Experiments on the easel require not only wisdom but also the support of techniques and patience. Emphasis is placed on skill rather than means of designing. However, in installation and performance, competition of wisdom is directly carried on between tests, and emphasis is placed on means not on the easel. Seen from the angle of strategy, experiments not on the easel such as installation and performance cannot match texts of news and advertisement in speed and popularity, and cannot match political and legal texts in depth and forcefulness.

Artists make judgements according to operability and the possibility of success. It is the choice of the artists to produce texts within the discipline or texts with the character of news. The experimental texts with the strong character of news are surely more liable to gain success. However, in view of the development of the discipline, the problems of a discipline cannot be solved in a performance, and so the two-dimensional solution should be separated from the solution of performance and installation and different standards should be adopted. They are actions according to different rules of the game. The right of discourse of texts not on the easel with the character of news comes from the transferred right of the mass media, while that of the texts on the easel comes from the extent to which the technical problems within the discipline are solved and the discipline is propelled forward.

Thanks to Red Gate Gallery – Beijing 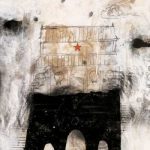 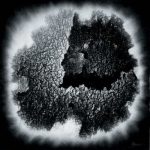 The Writing of Weddings in Middle-Period China
Previous