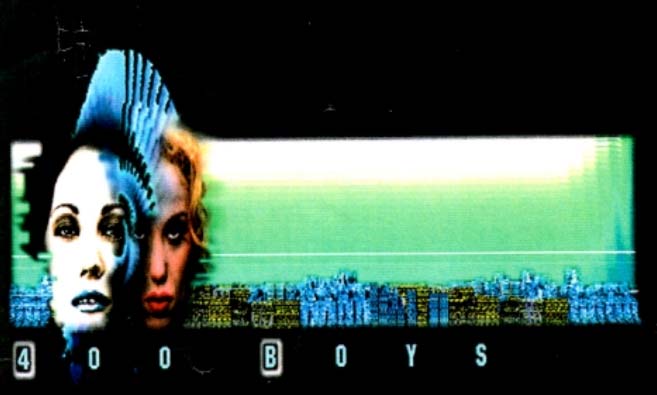 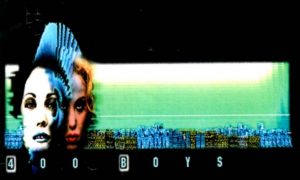 — Science Fiction - Your rating:
Not rated yet!

An electric town, a busy Pacific port, spilling with gaudy commerce, jarring, exhausting and exhilarating like a high powered bazaar where everything and anything is on sale.

An attractive, bright 20 year old girl Paiva, a drop out from MIT leads a dazzling tribe of modern day teenage pirates who run a scavenger operation on the Seas.

Nomads, they remain out of sight, wiring the tallest city skyscrapers and setting up camp for business on the rooftops practicing piracy the way others do a night shift in the 7/11.

Paiva is an idealist, obsessed with the idea of aleviating the miserable condition
of the dispossessed youth that swarm around her seeking out an existence more
certain than their orphaned past.

Paiva’s nemesis is Praxis, 35-40, a damaged beauty in her mid-life, with an incurable degenerative disease scheduled to slowly consume her whole body.

Criminally brilliant, a mistress of the seductive powers of evil, an awesome menace playing a deranged game for personal gain with her own mighty show.

Ruthless and frighteningly wealthy, Praxis has her finger in every criminal pie, but gladitorial combat and the legal and illegal gambling that surround this provide her bed and butter.

In exploiting laws which permit the trading of muscle tissue, in a lucrative side operation with kids on the street in need of cash she deals body parts for the affluent wanting to turn back time, and produces invincible fighters from worn athletes for her stadium fights.

Bicci and Doyle, agents of chaos, her karmicemissaries, prowl the streets at night clearing up any undesirable youth that litter the city providing a convenient hot-dog stand for these cosmetic activities.

Paiva and her gang play by a different set of rules. Life Inc. does not apply and they don’t hold out for any set of vagrant promises.

A survivor and a born leader she has a visionary plan to improve her life and
that of her followers.

For her a vast jigsaw puzzle is beginning to come together.

She is part mystic, part techno-head, a sonic connoisseur who experiments on her tribe with sound and altered states – a DJ who’s moved on from the body to the mind, who gives the kids who gravitate towards her a focus.

By mapping body sounds she stumbles across a sonic frequency which frees their imagination from the encumbrance of the past and clears their minds of any memories or nightmares.

In understanding that they are all vulnerable to a brain disease, wherein they are stuck trapped tuned to one certain frequency, tangled in fear and anticipation, she discovers a key to another frontier to life.

Using a frequency below normal hearing she can transform the gang making them fearless, and giving them vibrant energy and unprecedented physical powers.

Fantasy and actuality become interchangeable leading to new successes and more importantly financial gain with her gang in the downtown fighting stadium.

Her dream of a world in which love, self-respect, autonomy and loyalties rule fuel her determined and head-strong character. Live now not then, rather than dead at 30 buried at 70.

If only we had radio antennae instead of ears.

Praxis thwarted and infuriated by Paiva’s thieving and growing influence is consumed with jealousy and seeks the demise of Paiva’s gang Unhinged by Paiva’s success in the stadium Praxis becomes suspicious of foul play way beyond her own capabilities and investigates. She already dislikes Paiva who appears to control a sizeable portion of youth.

Surprised that Paiva’s sonic meddling may actually work, and that Paiva holds the key to transfer a vibrant personality from an ageing body into a new shell she stops at nothing to achieve her desire, dreaming of the voluptous and sensual body of Paiva herself.

Praxis must have this as it opens up the tantalizing prospect of rigging her gladiators and more importantly freeing herself from her failed body.

4000 weeks if your lucky….high over the city, River, good looking surfer boy, 27, spins an anarchic blog over the airwaves. Just 3 numbers shape the universe….a fortune teller with a 100$ bill clenched between the pinky and the finger of the sun, critical ex-Praxis employ who ran away from it all. It is him however who returns to remind Paiva of love, confessing to having been her saviour from the very hands of Praxis and who then fights to rescue her from herself and Praxis.

Friday an attractive 19 year old has grown up like a sister to Paiva although lacks confidence and is possessed by a phantom guilt about her own inadequacies. She has a love/hate relationship with herself and dares to question the morality of Paiva’s science.

When Paiva becomes heartless, Friday tries to attract her attention by the minor indiscretion of passing a piece of equipment to Praxis. This backfires and seals her fate as Paiva ceases to trust her.

Praxis however finds in Friday, a corruptability which she mercilessly exploits. Friday feels abandoned and neglected and is susceptible to the hideous seductive promises of Praxis who lures her into her camp kidnapping Paiva forcing her to work on the personality transfer that will liberate Praxis from her misery.

Off screen we hear the sounds of children laughing as we fade into the only sunny day we have seen with kids running and playing freely in the street.

In the standoff between a damaged beauty in her mid-life and a happy hour cocktail goddess in a lycra top, a war between two women inventing their own endings, a race against time between a woman who has everything and a girl who has nothing where one lives for the moment and one lives almost forever.

A gripping, bitching, fast, loud, savage and dangerous tale where the old are trapped in worn out bodies and the young fear life more than death.

Walking the wire is living, the rest is just waiting.