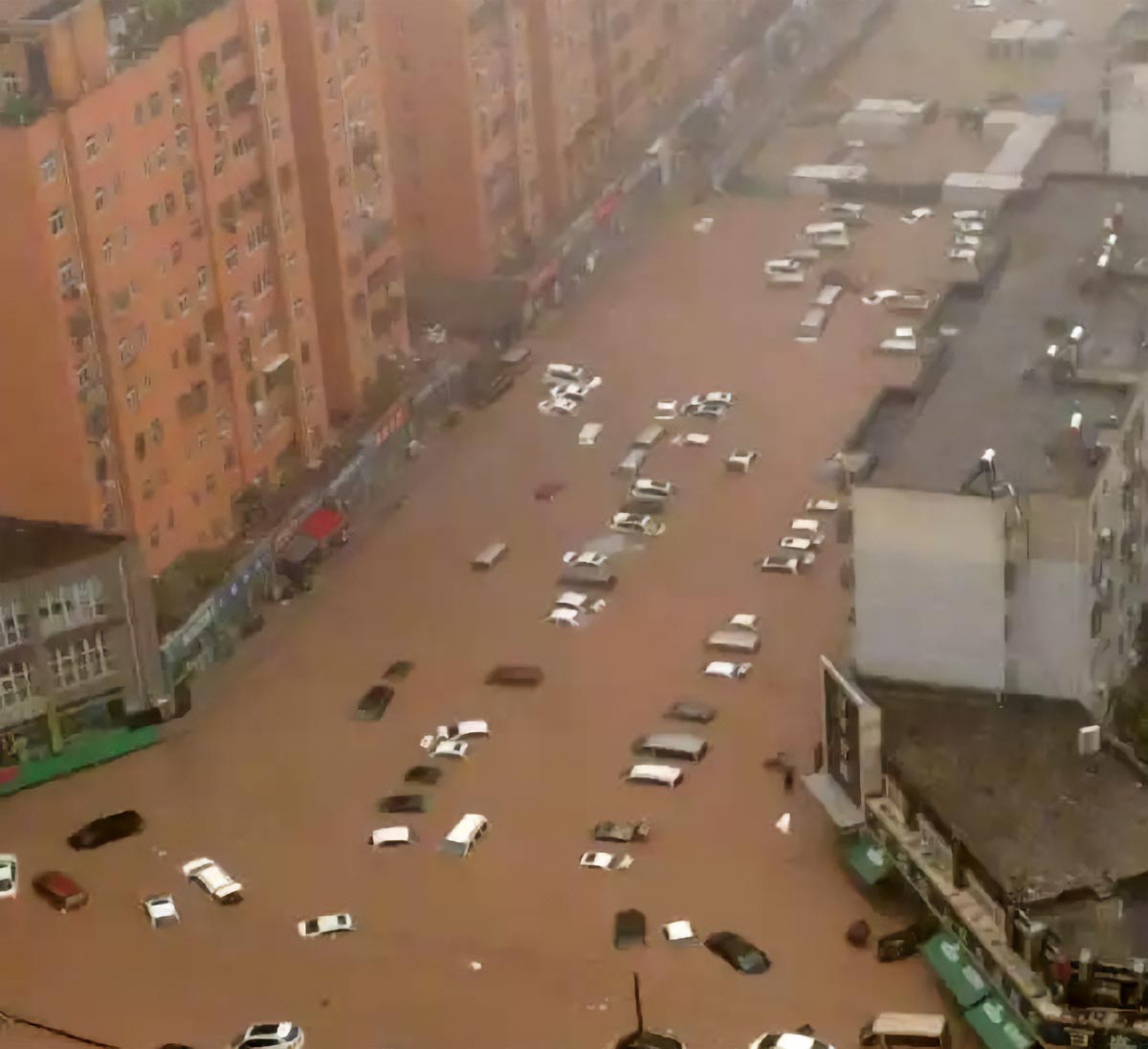 The central province of Henan experienced the worst rainfall in 1,000 years according to meteorologists.

At least 33 people have died in Zhengzhou the capital of the region, where about 200000 people have been evacuated following the flooding. No electricity or water in many parts of the city. 10,000 firefighters and soldiers have been deployed to cope with the situation and rescue the population. Weather conditions will not improve for the next three days. [updated]

Almost a year’s worth of rain fell between Saturday night and Tuesday morning, 617.1 mm in three days, not far from the annual average of 640.8 mm.

1/3 Some really distressing videos coming out of Zhengzhou in central China – this driver looks rather calm under pressure. But other videos on WeChat show what appear to be people clearly struggling to keep their heads above the flood waters. Death toll so far is 1, 2 missing pic.twitter.com/P8dEk1B1iC

The heavy rainfall caused rivers in the Yellow River basin to overflow, flooding the dozens of towns along its course.

A series of dramatic videos have been posted on social media depicting commuters trapped in subway with neck-high water.

Henan province is home to 94 million people. The capital Zhengzhou received 200 mm of rainfall in one hour on Tuesday.

This unconfirmed video is thought to be from inside the subway in the province.

Some of the videos also depict the later stages of recovering some of the victims, who drowned in the subway.

Hospitals in Zhengzhou are scrambling to move 600 patients in critical condition after blackouts triggered by the flooding.

China’s military has blasted a dam in the city of Luoyang to release floodwaters. Transports have been disrupted throughout the province, with torrents of rain turning streets into rapidly flowing rivers, washing away cars and rising into people’s homes.

The disaster in Henan province prompted public opinion to scrutinize the authorities’ preparedness, particularly the apparently inaccurate weather forecasts and the confusing disaster warning system. Many also questioned the decision to keep the underground running during the deluge. 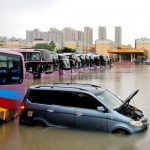 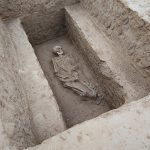 World’s fastest train made its debut in China