Mélodie Zhao is a Pianist Composer and Conductor that aim to make classical music young again.

Mélodie Zhao is a Swiss-born pianist and composer. She began studying the piano at age two, and she studied first at the Central Conservatory of Music in Beijing, with Jiaquan Chen until age nine. Then she entered the Geneva Music Conservatory to study with Mayumi Kameda and at 13 the Geneva Music University where she received the Bachelor and Soloist Master degrees at 16 in the class of Pascal Devoyon. She was awarded the Georges Filipinetti and Carola Pajonk prizes for the musician with the highest and most refined musical sensitivity. She then followed her professor to Berlin where she is presently based and obtained a second Master’s at the University of Arts. She also received lessons from Paul Badura-Skoda in Paris and Vienna. Mélodie played with major orchestras such as the Moscow Tchaikovsky Symphony, Orchestre de la Suisse Romande, Deutsche Radio Philharmonie, China National, and Shanghai Philharmonic, under the direction of conductors like Vladimir Fedoseyev, Howard Griffiths, Michail Jurowski, Gustav Kuhn, and Muhai Tang. She performed worldwide in prestigious concert halls such as Lincoln Center NYC, Tonhalle Zurich, NCPA Beijing, Victoria Hall Geneva, Théâtre du Châtelet Paris, LAC Lugano, and the festivals of Merano, Budapest, New Ross, Gstaad, Palermo, Valldemossa, Tiroler Festspiele Erl, Davos, etc. She has proven herself to be one of the most talented musicians of her generation throughout her numerous recordings – including Beethoven Complete Sonatas, Tchaikovsky Piano Concertos, Chopin Complete Etudes, Liszt Transcendental Etudes, among others – and international tours.

I have read that you began studying piano at age two. What are your fondest memories of training to become a musician?

I believe that I am still training every day – and probably until my very last – to keep myself as close as possible to my deepest musical cohesion. I express myself naturally with music like it’s my first language. Never have I really thought of “becoming a musician” as some kind of task I could strike through on my life’s to-do list. This being said, I am especially grateful for the thrill, the fun, and the exciting challenges that living with and from music inevitably brings.

Mélodie’s works include chamber, orchestral and religious music, as well as solo piano pieces where she often brings the virtuosity to a challenging level

How has music enriched your life? What inspired you to pursue a career in music?

Being on stage always attracted me, ever since I was a little girl. I remember loving to “put on a show” back then at any occasion. It was usually some creative pot-pourris with a mix of singing, dancing, acting, disguising, and story-telling. So I think I chose this path because I loved the stage and music, but also had the luck to have a family and friends that believed in my potential. Music has enriched my earthly experience in so many ways. I’m mostly enthusiastic about instant emotional connexion with people. The transcendence of giving your all during a performance gives my life meaning.

What are some sacrifices you faced pursuing your passion for music? What have been the greatest challenges of your career so far?

In my childhood and especially teenage years, the main sacrifice was probably my social life. I spent hours on my piano, and it paid off, but as I entered my adult life, I found myself terribly lost and lonely. I had to dig deep and work hard to find a healthy path again.

Career-wise, I’m probably facing right now my greatest challenge so far, which is to bet on bringing out my own new music (introducing new instruments like synths and my voice) and stage concept simultaneously to my career as a classical pianist. Daring to present something drastically new, especially as a classical musician, is scary – but exhilarating.

You were born in Switzerland, and you have performed in different countries for the love and passion of music. Did traveling influence your way to see life and be inspired? 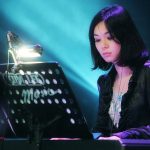 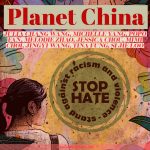 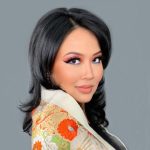 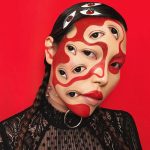 Yes. When I travel, I try to discover as much as I can about my destination: its history, language, architecture… I find it fascinating to get to know people with different backgrounds, mentalities, and physiognomies. Actually, foreign landscapes inspired my very first compositions.

How has the pandemic affected you? What was your reaction when you heard about the rise in anti-Asian hate crime during this period of Covid 19 and lockdown?

Like everyone in my industry, I had to face countless concert cancellations and postponements. On top of that, a close friend passed away in the early stages of the pandemic in Switzerland, just three days after showing symptoms. It was difficult not to give up, so I fought hard by giving weekly livestream recitals, composing music, and even starting a festival: www.spectrumfestival.ch

Racial discrimination is a problem I sadly witnessed first-hand already long before COVID. The pandemic outbreak, in my opinion, only exacerbated the issue and brought it to a new scale and visibility. The problem has deep and old roots. When I saw the countless unfair, stigmatizing, and violent actions taken against people who looked like me all over western countries, I knew I couldn’t stay silent, not anymore. With my filmmaker sister Cadenza, we are working right now on a project that brings awareness to the issue of racism, especially against East Asians. It will be released in the coming weeks on my YouTube Channel. The project will launch the Swiss Stop Asian Hate movement.

2021 is definitively a multicultural world. New technologies allow more knowledge and understanding that humans all belong to each other. We have various tools to help us taking action against bias and hate: art, music, movie, literature, etc. Why do you think stereotypes against Asians still exist?

I believe that anyone judging or condemning an entire group of people by creating or using stereotypes is just choosing the effortless path of ignorance. The stereotypes against Asians often seem to come from Asians’ traditions of modesty and respect, falsely interpreted as self-loathe and weakness. I have the conviction that taking proud and non-violent actions to defend our dignity will change things. It might take time, but that day will come. I wish for the Stop Asian Hate movement to bring awareness and incite each Asian person to stand up for himself over the long term.

She regularly conducts orchestras from the piano in many major piano concertos (Chopin 1 and 2, Beethoven Choral Fantasy, etc.) as well as her own compositions

Art creates awareness and imagines a more progressive world than reality. As a musician, what changes do you hope to see? What music can do to prevent and build a common solution against microaggressions based on stereotypes?

To me, music is the most instantaneous emotion inducer. Rhythm gets into our bodies as instinctively as our heartbeats. Bringing people together is music’s nature. I was myself “saved” by music several times, and I know people who abandoned their suicidal thoughts after discovering Beethoven’s symphonies. Music is a peaceful and hopeful way to tell stories and deliver messages directly to the heart. A song sung in unison could be as powerful as a thousand prayers.

In 2014, in just under a year of recording sessions, she became the youngest pianist in Music History, to record the complete Beethoven Piano sonatas, released by Claves Records under the supervision of her teacher Pascal Devoyon and her father Yuan Zhao

Some haters aren’t ready to have a conversation, but talking has become a priority. What would you like to tell them? What do you hope they will understand?

We, Humanity, must defend love together. Because love is the engine of everything. Love is compassion, love is Life. Love can’t be fear. I hope that every hateful mind may see that there really isn’t an “us and them” or “you and us”. There is just a big “us”, a big family of imperfect human beings, so similar to one another, yet all unique and interdependent.

Mélodie also received the François Dumont Prize for the best interpretation of a Beethoven sonata.