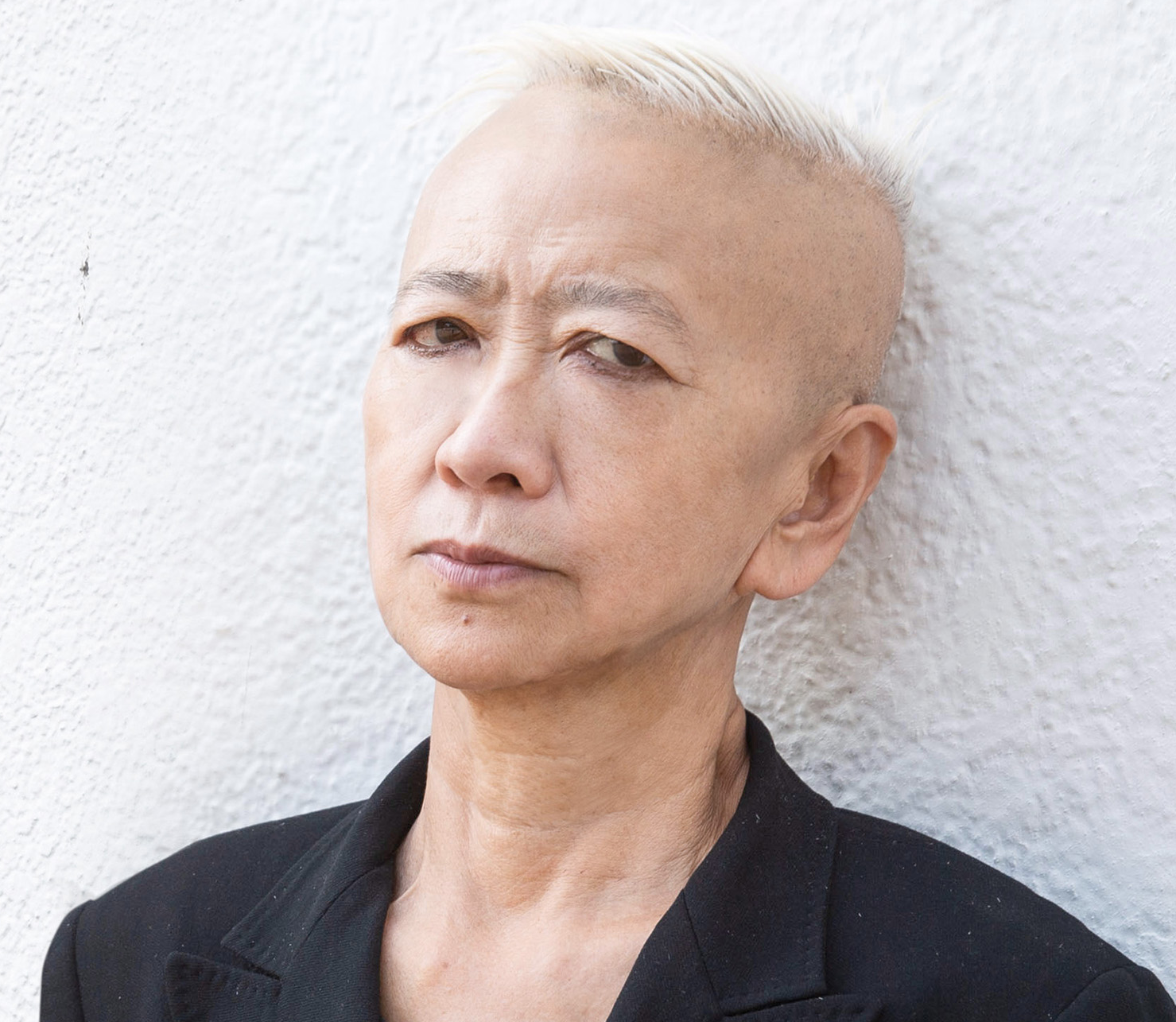 Shu Lea Cheang is an artist and filmmaker whose work aims to re-envision genders, genres, and operating structures. Her genre-bending gender hacking art practices challenge the existing operating mechanisms and the imposed boundaries of society, geography, politics, and economic structures. As a net art pioneer, BRANDON (1998-1999) was the first work of web art commissioned and collected by the Solomon R. Guggenheim Museum in New York. From homesteading cyberspace in the 90s to her current retreat to post-net crash BioNet zone, Cheang takes on viral love, bio hack in her current cycle of works. She represented Taiwan with 3x3x6, a mixed-media installation at Venice Biennale 2019. Cheang is currently at work on UKI, a sci-fi viral alt-reality cinema, and UNBORN0x9, a hacking performance.

What were the biggest challenges at the beginning?

I was much immersed in New York downtown ”scenes” – art, performance, independent filmmaking, and clubbing throughout the 80s and 90s. I took up all sorts of odd jobs while pursuing art-making and seeking funds to make my first feature film. The challenge lies in gaining access to the ever-updating technology as a woman/Asian/Queer, the triple minority. I started calling myself “high tech aborigine”, I do not own but borrow technology. By 1994, I released my first feature film ‘Fresh Kill” shot in 35mm and premiered at Berlinale Berlin Film Festival.

She is regarded as a pioneering figure in internet-based art, and a prominent figure in new media art.

I read that before relocating to the EuroZone you became a “digital nomad”. How much this period influence your way to see life and your new artwork?

In 1997, I gave up my New York residence following the typical landlord rent hike dispute and drifted myself into a “digital nomad”. This year, I was selected to compete in NTT[ICC]’s first media art Biennale. With “Buy One Get One” (1997), I traveled through Asia and Africa with a laptop-equipped custom-designed electronic bento box, transmitting “homeless” web pages to the gallery display in Tokyo. This project officially launched my claim as a “digital nomad”. For the next 10 years, I lived out of a suitcase, managed not to sign up an apartment lease or paying any fixed monthly electric bills. Taking up residencies and commissions, I traveled and worked through Eurozone, building networks, situating communities, and keeping the line of communication activities for years to come.

How much of you and from your personal life can we find in your art project?

I do believe artists work out of their own life experiences. I am faithful to the society/environment I am corresponding with. I do not ‘perform’ my life as is. My work constructs networked installation and multi-player performance in participatory impromptu mode; drafts sci-fi narratives in film scenario and artwork imagination; builds social interface with transgressive plots and an open network that permits public participation.

Since the 1980s, as a multimedia and new-media artist, she has navigated topics of ethnic stereotyping, sexual politics, and institutional oppression with her experimentations in digital fields

Do you have one of your art projects you are most attached to or particularly connected to…Can you share with us any meaningful story behind it?

BRANDON (1998-1999) as the first Guggenheim museum web art commission is a particularly challenging project for its one-year duration, its multi-interface and multi-artist-institution collaboration, its avant application of the web medium at the end of the 90s. Named after Brandon Teena, a young transgender being who was raped and murdered on the New Year’s eve 1993 after his anatomical gender was discovered, BRANDON sets out to explore issues of gender fusion and techno-body in both public spaces and cyberspace. For the research and production of the project, I traveled to San Francisco, Lincoln (Nebraska), Amsterdam, Boston engaging in trans and legal communities. The website (http://brandon.guggenheim.org) was restored and officially relaunched in 2017 by the museum. Yet the work, in its year-long duration with also two live events held at Theatrum Anatomicum in Waag Society, Amsterdam, was probably never seen/experienced by anyone in its full view except myself who produced it.

Shu Lea Cheang represented Taiwan at the 58th Venice Biennale in 2019. She is the first woman to represent Taiwan with a solo exhibition

You were the first woman to represent Taiwan with a solo exhibition, at the 58th Venice Biennale in 2019. What did it mean to you? Can you tell us more about this exhibition?

It was an honor to be selected by a 7 member panel to represent Taiwan for Venice Biennale, especially I have not lived in Taiwan since the late 70s. It was an intense/intimate collaboration with Paul B. Precciado, the curator I chose to work with. The work presented was 3x3x6, a mixed media installation, in which I restaged the rooms of the Palazzo delle Prigioni, a Venetian prison from the sixteenth century in operation until 1922, as a high-tech surveillance space, a digital panopticon while revealing the operating mechanism of system control. Taking as its starting point the story of libertine writer Giacomo Casanova, imprisoned in the Prigioni in 1755, I brought together ten historical and contemporary cases of subjects incarcerated because of gender or sexual dissent, including Marquis de Sade and Michel Foucault. The exhibition constructs a collective counter-history of sexuality, where trans-punk-science fiction, queer, and anti-colonial imaginations provide visual and critical frameworks to think through the histories of subjection and resistance.

Her work is often interactive, she creatively intermingling social issues with artistic methods

Your 1994 film “Fresh Kill” is set in an electronic detritus. You coined “eco cyber noia” to describe “massive intrusions of networking technology into people’s lives”. Do you think we are living in an “eco cyber noia”?

In one thread of FRESH KILL’s narratives, geeks/hackers in New York city are accidentally connected with the resistance against waste dumping in Africa and broke into mainstream media networks to advocate the urgency of African resistance. This was a pre-internet time when FRESH KILL was produced. The imminent cybernoia remains with us.

Since your early artwork you have always navigated topics of ethnic and gender stereotypes, sexual politics, and institutional oppression. Do you think that things are slowly changing, or there still much to do to accelerate the process?

Let’s just look at these two years – police violence, black lives matter, hostility and violence against Asians, trans rights’ affirmation, are we slowly changing? Or we are constantly expecting an ‘eruption”, an ‘insurgency”? Recently I went back to hear much of radio/film interviews with Angela Devis through the 70s, 80s and found her remarks still apply to today’s intense condition.

She was born during a time when the island of Taiwan was under martial law in 1954. After she moved to New York, she admitted to feeling liberated, calling it a process of “self-acknowledgment and affirmation.”

Art could move in different shapes. Humans learn lessons at different times frequency. Do you think social media and new technologies are influencing/manipulating the art and audience? What is the hardest part when it comes to communication?

For me, social media and new technologies are simply tools, medium/media. One chooses to use them as needs rise. There is possibly a” fad” “trend” that we are either part of or feel the need to be part of… I have come to adapt myself to various platforms depending on who I am communicating with. Social media creates clusters of communities derived from diverse interests. It has also proved crucial in organizing efforts with the mobile generation. I can also understand the resistance against the immersive use of social media.

She recalls, “When I first got to New York, I was more concerned about certain kinds of racial discrimination or stereotypes of being an Asian woman — there were many different kinds of fantasies about Asian women.”

The pandemic has an impact on the arts and cultural heritage sector. At the same time, the lockdown has pushed people to make abundant use of art from home thanks to the web. How the art world will adapt to Covid-19?

I am not so sure I am part of this “art world” in its general terms. We see art fairs got shut down; auction houses went online; NFT became a hot item and the canceled shows cutting off artists’ living hood. Covid-19 with its variants stays with us. We do not adopt, we divert the course. So, I am currently involved with a scholar who’s cultivating an indigenous forest in the snowy countryside; a plan to build mutating, growing architecture with mycelium and compost; a commission for a web project aiming to engage the public; programming a web platform to bring reading groups online; writing a script for a scifi viral alt-reality cinema. Virus becoming. Would this be our ultimate freedom? (Virus Becoming is my solo show at Musée d’arts asiatiques in Nice, France, postponed from January 15 opening, waiting for Spring 2021 launch.)