All of the world’s busiest ports are located in Asia, excluding the Port of Rotterdam in Europe. Nine ports are in East Asia, and seven in China alone (including Hong Kong).

Ports are ranked by the number of specialized cargo containers that pass through the port in a year.

The port of Shanghai with its 43.03 million containers, once again leads the ranking.

Shanghai is followed by Singapore, Shenzhen, Ningbo-Zhoushan, and Guangzhou.

Hong Kong is the seventh busiest port in the world.

The port (宁波舟山港) is located along the east coast of China in Zhejiang Province, south of Hangzhou Bay, overlooking Shanghai. The port was originally founded in 738, during the Tang Dynasty. In 2006, the port of Ningbo merged with the port of Zhoushan. 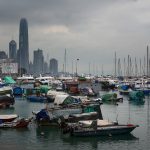 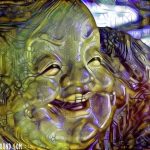 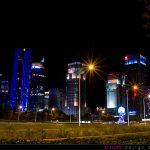 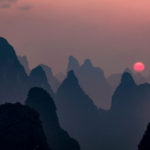 Shenzhen Port (深圳港) is a collective name that encompasses a number of ports along the coast of Shenzhen, Guangdong Province. Together they constitute one of the busiest and fastest-growing container ports in the world.

The Port of Guangzhou (广州港) also serves as an important economic and transportation center for the Pearl River Delta region and Guangdong Province. It is also a vital transportation hub for industries located in neighboring provinces. Since the time of the Qin Dynasty, the port has been of great importance to Chinese trade.

The Port of Busan (부산항) is the largest port in South Korea and is located in the city of the same name. The port was founded in 1876, at the mouth of the Nakdong River.

The Port of Qingdao (青岛港) located in Shandong Province consists of four areas about 40 km from the city of Qingdao.

The Port of Hong Kong (香港港口) is one of the busiest terminals in the world, both in terms of cargo movement, goods handled and passengers carried.

Tianjin Port, formerly known as Tanggu Port, has long been the most important port in northern China, serving as the gateway for maritime trade to Beijing. The port is also infamous for being the scene of two catastrophic explosions at a storage station on August 12, 2015, which left 173 people dead and over 800 injured.