Visit any casino and the one person that will stand out instantly is the high roller, with his extravagant spending and the courage to place massive bets.

High rollers are good for business, as they say, but things can go a little awry if you don’t work out their antecedents; it is very possible for organized crime elements to launder money through them. A recent investigation by leading Australian news organizations like Channel Nine News, Sydney Morning Herald and The Age, among others, into why Chinese high rollers prefer Australian casinos was directed to unraveling this conundrum.

Chinese gamblers have a fabulous playground to hone their craft: the gambling world of Macau, considered to be the gambling capital of the world. Gambling contributes to more than 50% of Macau’s economy annually. That is not all; in 2018, its gambling revenue was said to be more than 6 times that of Las Vegas, setting the official stamp on its claim to be the world’s numero uno gambling destination.

Chinese high rollers spend billions at casinos around the world, and that is not all. Once they are outside the Chinese mainland, they also get unrestricted access to the Internet. This means betting on regulated Australian online sports books and taking the risk and playing at online casinos in offshore jurisdictions, anonymously.

The fact that Chinese organizers spend such huge amounts regularly at casinos across the world became cause for major concern, amid fears that they could actually be laundering money for Chinese organized crime back into China.

The investigation revealed serious links between organized crime and gambling, specifically the Crown Casino of Australia. The people involved were Chinese nationals and, worse, one of them was a member of the family of Xi Jinping, China’s Premier.

As per the investigation, federal agents of the Australian government in 2016 came to Coolangatta Airport and searched a private jet for suspected money laundering at an international level. While there wasn’t enough evidence to justify an arrest, the people on board that flight were found to be worth billions, and one of them was Tom Zhou, who escaped from China to Australia to avoid arrest for involvement in gambling, had a Red notice to his name from Interpol.

It was the presence of the other person on that flight that caused serious concerns; he was Ming Chai, a cousin of Chinese Premier Xi Jinping and, surprisingly, considered to be a business partner of Tom Zhou and a VVIP at Crown Casino.

The investigation and its outcome could be a source of major embarrassment for the Chinese, given that the Chinese government led by Xi has been severely cracking down on gambling, which is illegal in mainland China. In 2015 100 people were arrested for operating an international online gambling racket. 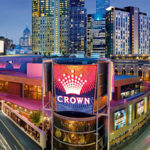 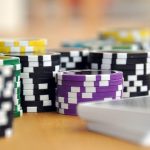 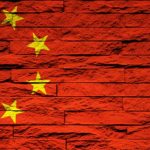 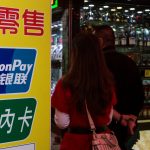 As part of the Chinese crackdown on illegal gambling, Chinese residents are allowed to carry only a maximum of $5000 when they travel outside the country. Zhou is said to have traveled with way more than the officially permitted amount of money when he traveled outside. This has been confirmed through documents leaked by Crown Casino and obtained by the Sydney Morning Herald and The Age.

The Investigation and Its Likely Outcome

As a result of that investigation, Australian authorities are now scrutinizing a number of social and business groups operated by Zhou and believed to be of a Chinese-Australian mix. That brought Chai under the scanner, especially his relationship with Zhou, who allegedly has connections with organized crime networks in China.

Of particular interest is the source of Chai’s funds. What gives the whole matter a sinister twist is the disturbing possibility of the involvement of members of the Chinese Communist Party (CCP) and their attempt to engage in money laundering through Australian casinos. The reason could be to channel the money to influence groups operating overseas, outside China.

That takes the whole matter beyond the realm of regular white collar crime, and it becomes critical to determine Chai’s role in the whole affair. The premise they are working on is simple: Chai and Zhou possibly tried to channel huge amounts of money out of China through shell companies that they set up in partnership in Hong Kong and Australia.

The reaction from the Chinese government has been on expected lines, with a party spokeswoman calling the whole thing irresponsible ‘gossip’ and an attempt to ‘smear China with groundless accusations based on some rumors’.

The Australian government, however, has taken serious note of the results of the investigation. It has now passed fresh laws to contain the operation of influence groups for the CCP in Australia. This too has drawn adverse reactions from the Chinese government.

Where Chinese Gamblers Ply Their Trade

Chinese gamblers have developed a reputation for being high rollers over the years. Year after year they have visited gambling hotspots in different countries like Australia, the Philippines, Cambodia, Laos, Saipan and many other countries. These high rollers are known to invest in overseas holdings and properties as a way of ensuring their money stayed free and outside China. The vagueness of these aspects is what gives the whole saga a murky feel.

One thing is clear so far from this investigation: there is no evidence of the Chinese Premier’s involvement in the whole affair. However, it is not clear if he actually knew about the activities that his cousin was involved in outside China. And arising out of the whole situation is another very important question: would Xi continue with his crackdown on gambling and corruption in China now that his own could possibly be involved in it?