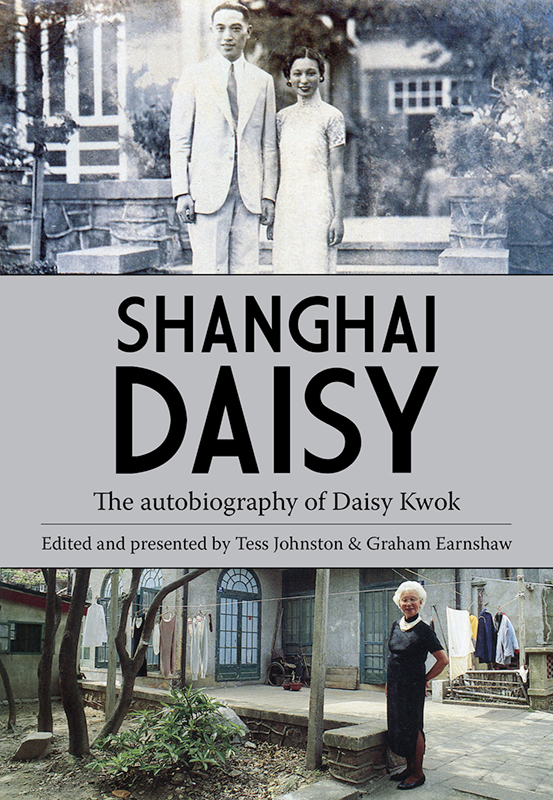 Daisy Kwok’s life spanned old Shanghai and modern Shanghai, old China, and “New” China in a way that no other did.

This book presents stories written by her of her life, stories from the high-flying years of Old Shanghai, and the desperate drama of the political campaigns in the 1950s and 1960s.

Through it all shines Daisy’s effervescent personality.

Daisy Kwok was born in Australia in 1908 and moved with her family to Shanghai in 1918. Her father founded the largest department store in East Asia, the Wing On Department Store and Daisy for decades lived the life of the rich and famous and one of the world’s most dazzling cities.

Then came the Japanese invasion in 1937 and the communist takeover in 1949, and unlike so many other wealthy residents, Daisy decided to stay in Shanghai, and was denounced as a capitalist before being rehabilitated in the late 1970s.

“Unbowed by decades of turmoil that robbed her of almost everything she owned and loved, Daisy showed no resentment. She was always alive and vital – and interested in everything.”
— Tess Johnston, author of A Last Look

“Reading Daisy Kwok’s memoir is like finding a missing jigsaw puzzle piece in the history of
Shanghai. Her story is at times funny, at times tragic, but always moving.”
— Tracey Willard, Editor of the Royal Asiatic Society China Journal

85+ Old Postcards of Taiwan under the Japanese rule
Previous