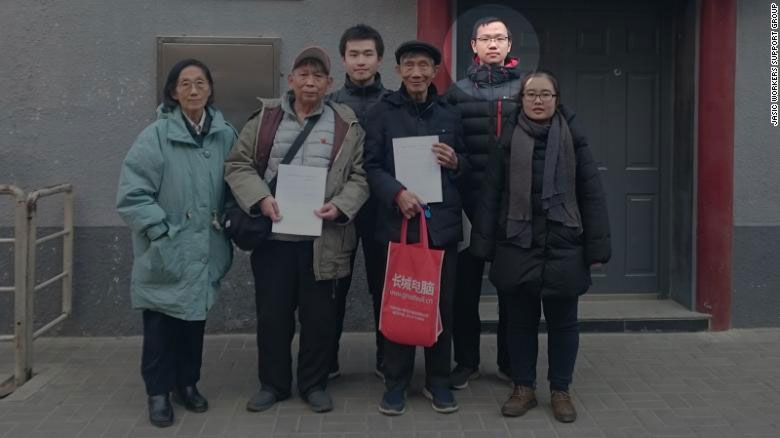 A group of activists near the six students announced their disappearance in a statement released on Tuesday.

CNN tried to reach the students by telephone but found their phones were switched off.

Since August 2018, Marxist students, including students from the prestigious Peking University, have been detained for their involvement in workers’ protests in different parts of the country.

The Chinese government, after stimulating the study of Marxist thought within the universities, it has shown itself to be very sensitive on these issues, crushing protests or trying to suppress those it considers to be subversive messages.

In China, May 1st takes on a special meaning, since China is at least nominally a communist country.

Since 2000 the holidays of the Labor Day extend throughout the week and have become peak seasons for travel and tourism.

The disappearances took place four days before President Xi Jinping’s announced speech to celebrate the 100th anniversary of the May 4th protests. Saturday, in fact, is the anniversary of the student protests against the then Republican government, following the Treaty of Versailles, seen by protesters as a humiliation for the nation towards the western foreign powers.

Former president of the Marxist Society of Peking University, Qiu Zhanxuan, announced on social media that he planned to head to a well-known labor market on the outskirts of Beijing, where thousands of migrant workers gather every day to find odd jobs.

Qiu Zhanxuan said he would spend the holidays next to the workers, adding that his plan would not be well received by the government.

“If doing this kind of manual labor makes me disappear, everyone knows who did it,” he wrote on his social media.

On Sunday, while walking with four other students, Qiu published a photo of six men who said they were plainclothes police officers who followed them.

Then, the posts on social media stopped.

The next day, a group of activists associated with Qiu announced that five members had disappeared.

It is not the first time that Qiu has disappeared.

In December, he was bundled into a car by plainclothes policemen.

Qiu and his group were not the only Peking University students to vanish in the last week.

On Sunday, student Shen Yuxuan sent messages to a friend saying she was harassed by a group of police and security guards on campus.

Shen Yuxuan had published a post in December to try to find out what had happened to another missing activist student, Jia Shijie.

Shen was also associated with the Marxist Society of Qiu.

She hid in a bathroom, according to messages seen by CNN, but the male attackers came in and dragged her out.

Contacted by the media, the Haidian district police district in Beijing and the university administration did not make statements.

Generally, these disappearances occur in conjunction with dates deemed sensitive by the Chinese government, such as anniversaries or celebrations.

Next June will also mark the 30th anniversary of the Tiananmen Square massacre, and further deaths or crackdowns are feared.

20 images of Heqing of the Bai people of Yunnan