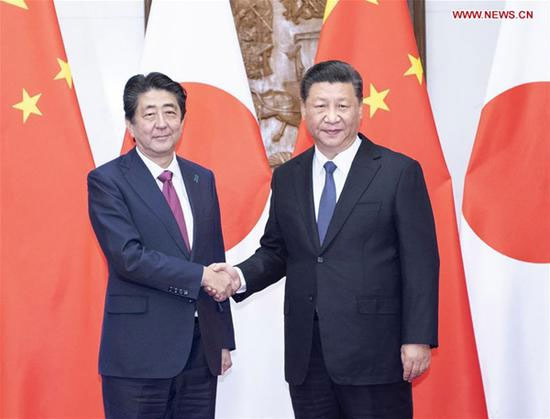 The two historical rivals have come closer because of US pressure to reduce trade deficits.

China and Japan on Friday said they will seek to strengthen economic cooperation, signing several agreements including a $30bn currency swap pact to address the uncertainties caused by the trade war with Washington.

Japanese Prime Minister Shinzo Abe and Chinese Premier Li Keqiang have agreed that the two countries will work together to achieve denuclearization on the Korean peninsula.

The agreements were reached during Abe’s three-day visit to Beijing.

Relations between China and Japan have always been tense since diplomatic relations were resumed in 1972.

Chinese Premier Li has said that more than 500 trade agreements worth US $ 18 billion have been signed between Chinese and Japanese companies, adding that relations between the two nations are back to normal and that China wants to develop these good commercial relations in the long run.

According to Abe, China and Japan are neighbors and partners, and should not become a threat to each other.

“With President Xi, I would like to establish a new era for China and Japan,” Abe said.

Xi Jinping said he seriously considered visiting Japan. Only the date is missing.

Both nations want to overshadow political divisions, to focus on developing trade relations.

Therefore, China wants to deflate regional crises, to focus on diplomatic problems with the United States, also worried by the slowdown in the Chinese economy, which instead could be partially marginalized through trade with Japan.

China is the main economic partner of Japan, with a bilateral trade exchange that reached 300 billion dollars last year.

In 2012, Sino-Japanese relations had dramatically worsened due to the Diaoyu Islands crisis.