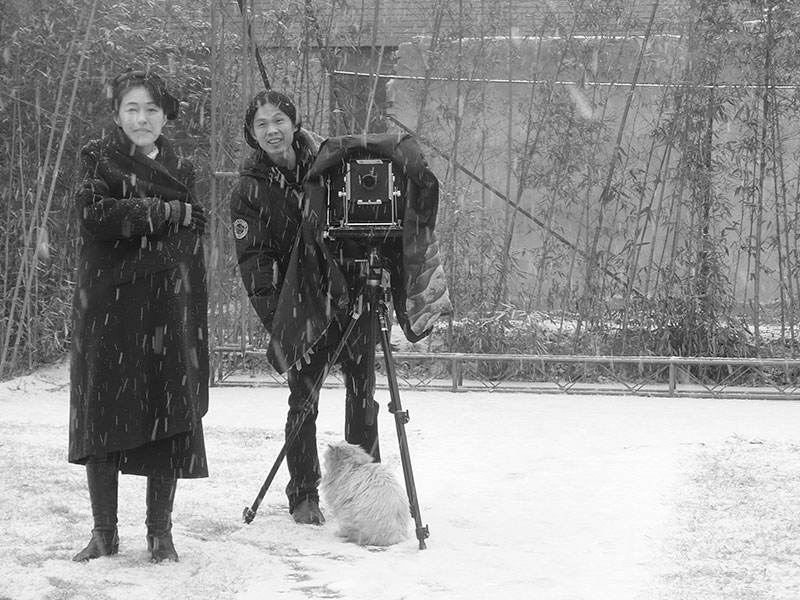 Rong Rong & Inri are a Chinese and Japanese photographer, that founded and run together Three Shadows Photography Art Centre ( 三影堂摄影艺术中心) in Caochangdi.

Three Shadows is a non-profit art center. The place, established in 2007, is the first contemporary art space dedicated exclusively to photography and other lens-based art in China. Gallery space was designed by renowned artist and architect Ai Weiwei.

Explore and showcase Chinese photography is important to rediscover photographic works from the past and give them the place they deserve in the history of photography.

China-Underground: How and when did you two get into photography?

Rong Rong: I have wanted to be an artist since I was young, but I failed at the beginning – no university accepted me. In 1988, though, when I was around 20, I had a chance to use a camera. It shifted my focus. I did have some other instruction before —I lived in Nanjing and learned drawing, but I kept failing an important exam. After that, I started to really focus on photography.

Inri: It was in middle school. My father bought me a disposable camera, and then I started to take some photographs with my friends.

Why did you choose photography as your style of communication? 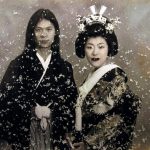 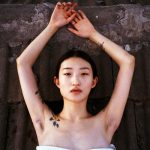 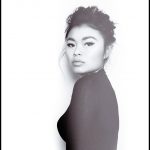 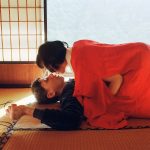 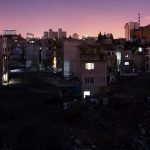 When I started to practice photography, I had very strong feelings about it. Photography speaks to my mind – it’s as if it opens a door for me. What I am trying to convey from the inside can be fully presented through photographs.

How did you two meet? What was your first impression of each other?

R: We met by chance. It was my first trip to Tokyo – I had an exhibition there. When the opening was almost over, Inri was looking at my work. She looked at my Wedding series for a very long time. She wanted to talk to me, but we spoke different languages, so she wrote some Chinese characters. I was surprised by her comments; it was as if she read my mind. We arranged to meet the next day, and she showed me her photos. In that moment, the work and the person were connected, because the work expressed her innermost thoughts. As a believer in photography, I was a lost explorer, looking for a path. At that moment, I felt that it had appeared before my eyes and that I had found a person with whom I could travel this road.

I: My first impression was of his work and the impact it made on me.

Do you have disagreements? How do you settle them?

R: At the beginning, Inri was unable to speak Chinese, and I couldn’t speak Japanese. Photography brought us together. We communicated through photos, and I think that we found something beyond language. There are many cultural differences between Japan and China, so we have learned from each other. We try to balance and complement each other in our relationship.

I: We often have different opinions. However, when we work, we’re photographers and we want to take pictures. Sometimes I take them, sometimes he does, and sometimes we take them together. After we’re finished shooting, we look at the work. We make choices and discuss the pictures together. In the end, we choose the most appropriate method for what we want to express. Talking too much before we shoot isn’t really very useful because we need to talk again after we’re done taking the pictures.

Is any of your photography work related to a moment that marked a significant change in your life?

R: The first important moment was when I lived in East Village after arriving in Beijing. In the 1990s, there was a group—many of them were performance artists—that formed an artist village. These “underground” people lived together, and they were the source of my East Village series. The first time I presented this work, it was commended by other people and became my first important series. The second important moment was when I met Inri. Beginning in 2000, when I met her, she gave me a lot – in work, in life. Inspiration. This includes our creative output together and the foundation of Three Shadows. The two of us became a vehicle for photographic ideals.

Have you had some unexpected moments during your photography projects?

R: Some of the artists in my early East Village works were arrested after I was done the shooting, and I was also in danger. I thought that art should be free. We simply wanted to express that we were interested in art. We wanted to find a language – an expressive, creative language – and then make some experimental performances. However, society was still closed off to this. It was an issue of knowledge and exposure; they had never encountered avant-garde art or contemporary art.

Can you share with us the story behind one of your photo projects?

R: In the Liulitun series, Liulitun was a backdrop because I had lived in this courtyard for eight years. When I was in Beijing, I really liked these courtyards, which are so particular to Beijing. You have the sky, you have the earth, and once you close the door, that sky belongs to you. In that place, you were very free, and you could do what you wanted. This was also where we lived together the first time Inri came. She really liked it. However, a lot of these courtyard houses were demolished in the run-up to the Olympics. One day we were notified that this place was going to be demolished. We felt this very deeply. If the place hadn’t been demolished, I believe that we would have lived there our entire lives, never wanting to leave.

We were very sad that day. Because we were renting this courtyard, we had no way of resisting the demolition. So, what could we do to show our affection for this courtyard? We took up our tools—which were our cameras—and we took pictures. We took pictures inside the courtyard of the workers demolishing buildings. We simply and silently watched it disappear before our eyes; we were really upset and rather depressed, and we wanted to express that. We just started talking about it and we went to buy 200 white lilies, and with these lilies, we gave the house a send-off. When you look at it, it seems like these flowers were living in what was actually our bedroom. In the last moment, after negotiating with the workers, we climbed up on the roof and took the picture.

Rong Rong: There’s no “if,” only fate.
Inri: “If” is for the future, not for the past. BEIJING KIDS

How would you describe your experience working on the Three Shadows Photography Art Centre?

R: Me and Inri are the founders of Three Shadows. Photography is something that we can now rely on for a living. I liked photography, so I pursued it, but what we have received has far outstripped what we initially thought or expected we’d get from it. We want to return to our beginnings. Today, through photography, we want our voices to be heard, which was our original starting point. In China, our situation is unique. I think, actually, that taking photographs is no longer the most important thing for me. I have changed my voice; it may no longer sound like the click of a camera shutter. I think that started when Three Shadows born. When I saw the state of Chinese photography, there was no home for Chinese photography and Chinese photographers. In the beginning, when I wanted to do exhibitions in China or abroad, I realized that my earliest works really couldn’t be exhibited in China.

What criteria do you use to collect photos? Do you like to collect work with a main theme or specific message?

R: When Three Shadows had not yet been established, the collection was entirely based on what we liked. But once the Centre was founded, we gradually realized that there were a lot of voids in the history of photography in China. If you look at the Republican period, or even after 1949, there are many holes in the history of Chinese photography. We’re doing what we can about that.

“Dao begets One, one begets Two, two begets Three, three begets all things. Three Shadows gets its name from this saying. We hope it will continue to develop and create infinite worlds through photography.” INDEPENDENT COLLECTORS

How much has China changed compared to when you started working together? Does this affect your way of creating work or seeing the world?

R: As a space, Three Shadows was built with our resources, and it’s unbelievable that it’s been able to continue. This was just a small dream of ours, but now, in the last ten years, the entire thing—what we’ve built and what has changed—has of course transcended us. It has expanded gradually—its functions have expanded. There are residency spaces, a darkroom, and exhibition spaces.

Everything in China has been moving very fast, so there is demand for this. In the last ten years, many things have changed, including the photography festival. When you look at the people who have shown as part of the Three Shadows Photography Award, you see just how many new faces there are at every edition. When we first established the prize, we were just trying something, and we didn’t know how it would turn out, but the quality of each edition has actually been really good. I’ve looked at the work of young artists from around the world, and the work of Chinese photographers—their creativity, their vitality, their use of the medium, their materials—is equal to that of their international counterparts.

They may even have surpassed their peers abroad in recent years. They just need resources. Because of the richness of Chinese reality and society, I think that our artistic accomplishments are by no means inferior, but there are too few platforms like ours in China.