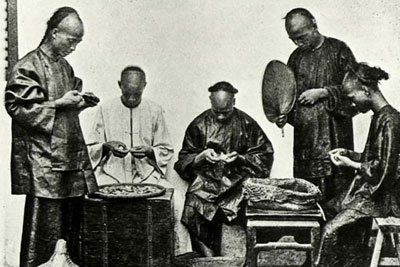 The US and China have undisputedly had a complex history for centuries now, and it certainly hasn’t been one full of friendships and warm welcomes.

Both countries are massively different in almost all aspects, including culture and political views. The US has always had an undying interest in China, firstly starting out as an economic interest, however this has evolved overtime. Here, we’re going to take a look at the relationship history between both countries, although we’d always recommend visiting China and obtaining a USA ESTA to visit America to gain a proper understanding of the sequence of events.

The relationship was kindled due to Americans looking for new markets to buy a range of goods from, as at the time, Britain was refusing to deal with the US. Fast forward to the 19th century, and the relationship between China and the US had grown. American missionaries began to preach in China during the 1830’s due to the converts of Christianity among China’s population. These missionaries were able to witness Chinese culture and language first-hand, helping to strengthen the relationship between the two countries.

America’s feelings towards China were reciprocated though, as the Chinese saw a wealth of opportunities available in America, with the California Gold Rush and Transcontinental Railroad. Chinese immigration to the US was encouraged, and many Chinese leaders were inspired by America and the political systems in place.

The Impact Of The Age Of Imperialism

During the late 1800’s both Japan and Europe were expanding colonial empires, with many believing that China should also split into separate colonies, however the US disagreed with such proposals and thus supported an ‘Open Door policy’. This meant that China was able to accept foreign trade and investment, however no nation had the power to control this. The strong opposition between Japan and America led to the Pearl Harbour attack in 1941, resulting in China’s inclusion as one of the five Permanent Members of the U.N. Security Council.

Despite this, relations between Sino-American’s and China haven’t always been optimal. In 1882, the Chinese Exclusion Act was passed by America, which marked the first time in which the US had restricted Chinese immigration. Furthermore, America also prohibited any Chinese immigrants from obtaining citizenship into the country on racist grounds. Moreover, during the Boxer Rebellion, the US joined other nations in order to protect Europeans and American’s in Peking, which left the US branded as a foreign exploiter by many Chinese citizens.

The 1900’s saw the biggest rise of conflict between both the US and China. When Mao Zedong’s Communists drove Chiang Kai-sheks’s Nationalists into Taiwan, there was an explosion of conflict during the Korean War between both American and Communist Chinese forces. In fact, the US and the PRC were on the edge of nuclear war, and the US travelled across to Vietnam in order to prevent Chinese Communism from spreading further.

President Richard Nixon decided enough was enough in 1972 however, and declared that relations between the two countries needed to be resolved. The issue was highly complex, as even though Mao’s successor Deng Xiaoping wanted to bring China closer to the West, he also had a strong belief that the Communist Party should remain in power. Eventually, after the Tianamen Massacre and the Cold War, relations between the US and China were slightly reshaped, however several complications have still followed.

While the US and China are happy to trade with each other today, the trust between the two nations is almost non-existent. Despite having the largest economies in the world, their views are very opposite when it comes to national security and foreign policy issues. What do you think the future holds for their relationship? 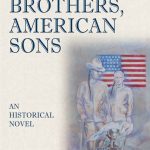