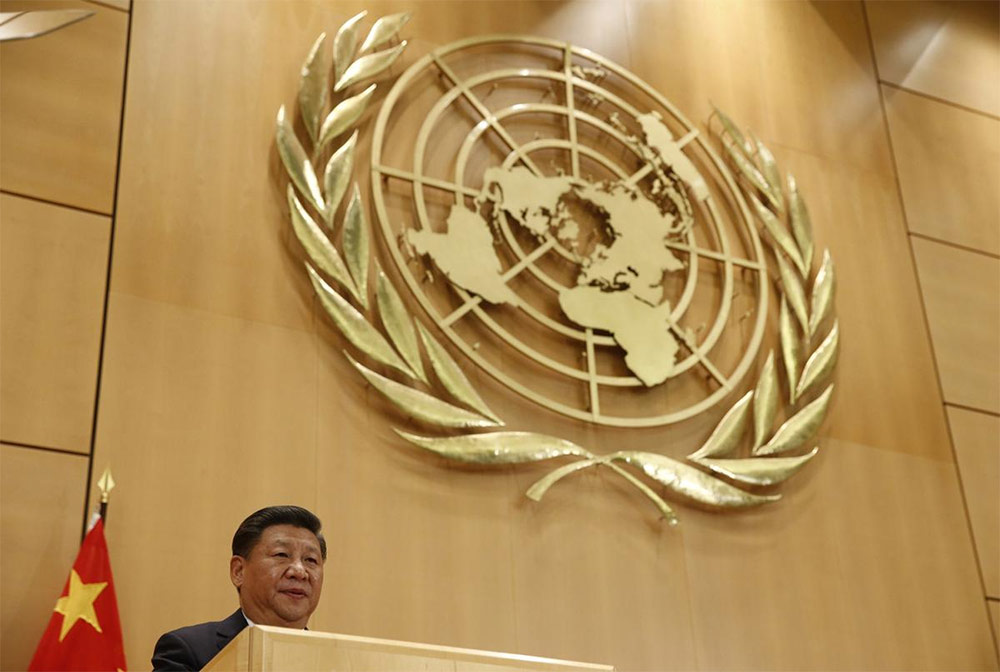 UN agencies should vigorously resist China’s attempts to restrict access to the UN for human rights groups and activists who work on China.

“China engages with the UN on human rights but often with the goal of aggressively silencing criticism and eroding access for activists who work on China,” said Kenneth Roth, executive director of Human Rights Watch.

“China is not the only country that acts terribly at the UN, but its Security Council membership, global influence, and fierce crackdown on civil society at home make it a model of bad faith that challenges the integrity of the UN rights system.”

Chinese officials have photographed and filmed activists on UN premises in violation of UN rules, and restricted travel by mainland activists to the UN Human Rights Council in Geneva. China has also used its membership on the Economic and Social Council’s Committee on Non-Governmental Organizations (NGOs) to block NGOs critical of China from being granted UN accreditation, and it has sought – and succeeded in – blacklisting accredited activists from participating in UN events.

The report is based largely on interviews with 55 people who have direct knowledge of China’s interactions with UN human rights mechanisms, including 20 UN officials and experts, 15 foreign diplomats, and 20 civil society representatives.

One expert told Human Rights Watch that, “the whole UN machinery tries to make space for civil society while [China’s] machinery works the other way, trying to shrink space for NGOs.”

In a particularly egregious example, authorities in China in 2013 detained activist Cao Shunli after she urged Beijing to consult with Chinese civil society in drafting its report for its UN human rights review, and tried to travel to Geneva to participate in human rights training sessions.

After Cao became gravely ill in detention and died, the Chinese delegation in Geneva in March 2014 took the extraordinary step of challenging and blocking a ruling by the Human Rights Council president allowing a moment of silence called for by NGOs.

“China is slated for its next Universal Periodic Review in 2018, but Cao Shunli’s death has sent an enduring, chilling message to Chinese activists: participate at your own risk,” Roth said.

At times, UN officials have pushed back against improper Chinese pressure or ignored Chinese efforts to influence their work.

But in other circumstances, such as when it comes to maintaining access to the UN for critics of the Chinese government, including the Dalai Lama, Tibet’s exiled spiritual leader, and Dolkun Isa, a well-known ethnic Uyghur activist, UN officials have capitulated to Chinese pressure, presumably to avoid confrontation with China.

Such acquiescence at times has led to soft-pedaling of UN concerns about China’s rights record, Human Rights Watch said. In January 2017, when Chinese President Xi Jinping visited Geneva to give a speech at the UN’s Palais des Nations, UN officials took the highly unusual steps of sending home early many of the approximately 3,000 staff and barring nongovernmental organizations from attending the speech.

“The UN system offers one of the few remaining channels for activists from China to share their views and press for improvements in Beijing’s abysmal rights record,” Roth said. “

Unless the UN and concerned governments put a stop to China’s efforts to manipulate or weaken UN human rights mechanisms, the UN’s credibility, and indeed its ability to defend rights in China and around the globe, are at risk.”