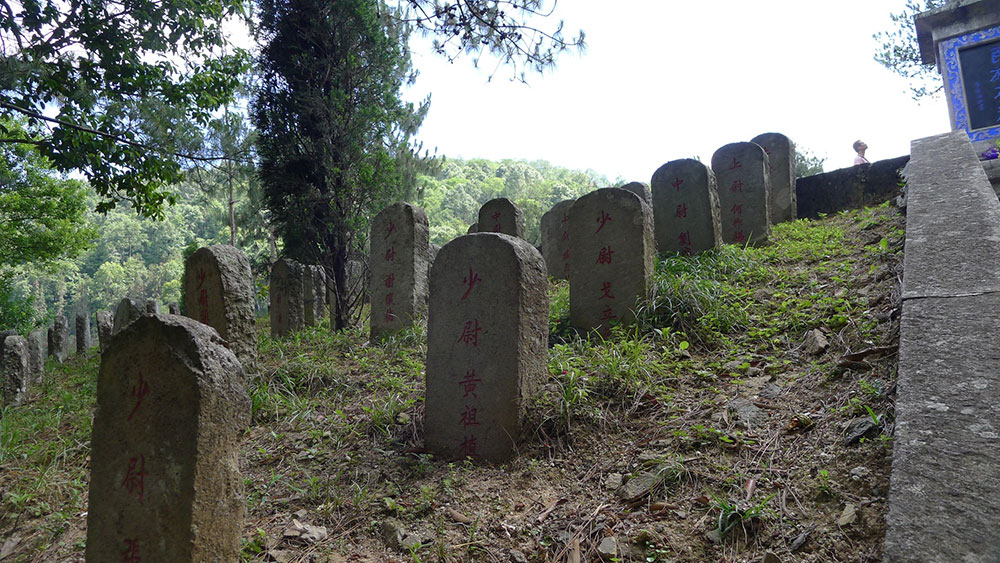 The Cemetery (国殇墓园) was built in July 1945, at the foot of the Laifeng Mountain, Baoshan, 1 km southwest of downtown.

Within the graveyard were tombs of 3,346 army officers and men sacrificed in the battle recapturing Tengchong. In China, this is the largest and intact memorial graveyard of martyrs who fought on the frontline during the anti-Japanese War. Main buildings include the tombs, a tower, and a Memorial Hall.

It is under national protection.

Map of the Graveyard of the National Heroes, Baoshan

Entrance → the high platform → the Hall for the Martres → Xiaotuanpo → the cemetery of No. 19 Ally soldiers

Located at the foot of the Laifeng Hill, 3 kilometers southwest of the county seat, the Graveyard of National Heroes is the largest and best-preserved cemetery of over 8,000 Chinese expeditionary soldiers who devoted their lives in the Anti-Japanese War in Tengchong.

In May 1944, the armies of China, Britain, and America counterattacked the Japanese invaders in West Yunnan. Six divisions of the right flank of the 20th Group Army of the Chinese Expedition Forces crossed the natural barrier of the Nujiang River, initiated the bloody battles of Nanzhaigongfang and Beizhaigongfang, and finally besieged and attacked the town of Tengchong. However, depending on the strong city walls built of pumice stone and the various defense works, the Japanese put up a desperate resistance. 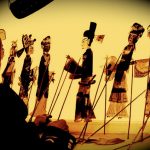 The Chinese army suffered heavy casualties. Later, with the help of the pilots of the 14th American Air Force Group, a section of the city walls was blown up, thus the Chinese troops could fight into the city. Then even more fierce street battles were waged in the city. After 45 days’ fighting, all the Japanese invaders were wiped out. During the four months of the Tengchong recovery war, more than 40 bloody battles were fought, in which over 6,000 Japanese soldiers were killed and 8,672 Chinese soldiers gave their lives. This constituted a heroic and moving page in the history of the Anti-Japanese War in China.

After the recovery of Tengchong, Li Genyuan proposed that a graveyard is built to honor and commemorate the martyrs. The name of the graveyard (Guo Shang) derived from “the Poetry of Chu” by Qu Yuan, a famous patriotic poet in Chu State during the Warring States Period (475 B.C.—221 B.C.). The construction started in 1944 and completed on July 7, 1945. Covering a total area of over 5.3 hectares, the graveyard is mainly made up of the memorial tower, the martyrs’ tombs, the memorial hall, and the gate.

Entering the gate of the graveyard, tourists can see dense pine and cypress trees on both sides of a hundred-meter passage leading to the memorial hall. In the front of the high platform where the hall stands, there is an inscription with four Chinese characters “Bi Xue Qian Qiu” (meaning “The just cause for which they shed their blood lasts forever and ever”) composed by Jiang Zhongzheng and written by Li Genyuan. Over the central door is a big board inscribed with “the Hall for the Martres” written by Yu Youren, a patriarch of Kuomintang and a famous calligrapher. On the columns of the hall are couplets written by some high-ranking officers of the Chinese expedition forces. Inside the hall, on the front wall is a portrait of Sun Yat-sen and his will. On the sidewalls are carved the names of 8,600 martyrs. In the portico, there are several steles, one inscribed with “A letter to the countrymen in West Yunnan” by Li Genyuan, another with an account of the battle of recovering Tengchong and of the reasons for building the graveyard, a third with “A reply to Tajima” by Zhang Dewen, the county magistrate during the Anti-Japanese War. In the wing houses of the hall are displayed 274 photos, which describe what was happening in the battle of recovering Tengchong.

Behind the Memorial Hall is a hill called Xiaotuanpo, where 3,346 martyrs were buried. The whole slope is covered with the martyrs’ tombs. In front of each tomb is a tablet with the martyrs’ name, birthplace, rank, and title carved on it. On the hilltop stands a memorial tower as high as 8 meters. The front side of the tower base is inscribed with four Chinese characters meaning “National Heroes” On the other side are accounts of the battle of recovering Tengchong. On the front and both sides of the tower is engraved with “Memorial Tower for the Soldiers of the 20th Group Army of the Expedition Forces Who Died in Recapturing Tengchong” written by Zhai Kuizhang, Commander-in-chief of the 20th Group Army. The whole hill is filled with solemn tranquility.

In addition, besides the Memorial Hall, tourists will see a piece of grassland. That is the cemetery of 19 Ally soldiers who gave their lives in the battle of recovering Tengchong. Nineteen tablets with the martyrs’ names and ranks stand on the grassland. Behind the grassland is a big memorial tablet called “Honor List of the Ally Soldiers in Sino-Japanese War in West Yunnan”. The tablet is carved with a brief account of these soldiers and of why to build the cemetery.

The graveyard is a testimony of Anti-Japanese War in West Yunnan, which is of high historical value. It is a state-protected historical and cultural site and a patriotism education base, attracting a lot of visitors who pay their respect and homage to the martyrs.