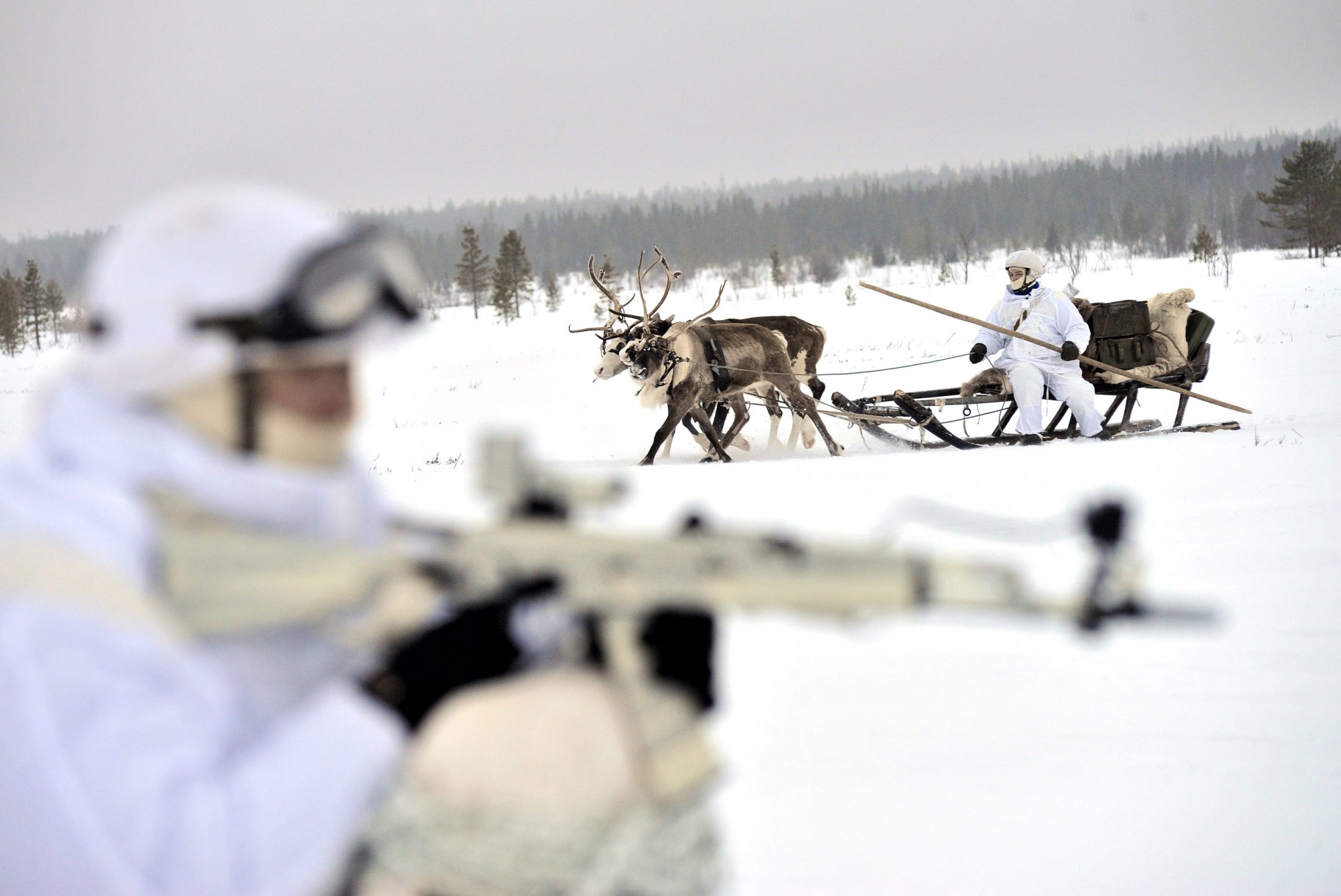 MURMANSK, Russia (Reuters) – The nuclear icebreaker Lenin, the pride and joy of the Soviet Union’s Arctic great game, lies at perpetual anchor in the frigid water here. A relic of the Cold War, it is now a museum.

But nearly three decades after the Lenin was taken out of service to be turned into a visitor attraction, Russia is again on the march in the Arctic and building new nuclear icebreakers.

It is part of a push to firm Moscow’s hand in the High North as it vies for dominance with traditional rivals Canada, the United States, and Norway as well as newcomer China.

Interviews with officials and military analysts and reviews of government documents show Russia’s build-up is the biggest since the 1991 Soviet fall and will, in some areas, give Moscow more military capabilities than the Soviet Union once had.

The expansion has far-reaching financial and geopolitical ramifications. The Arctic is estimated to hold more hydrocarbon reserves than Saudi Arabia and Moscow is putting down a serious military marker.

“History is repeating itself,” Vladimir Blinov, a guide on board the icebreaker Lenin, which is named after communist revolutionary Vladimir Lenin, told a recent tour group.

“Back then (in the 1950s) it was the height of the Cold War and the United States was leading in some areas. But we beat the Americans and built the world’s first nuclear ship (the Lenin). The situation today is similar.”

Russian army in the Arctic

Under President Vladimir Putin, Moscow is rushing to re-open abandoned Soviet military, air and radar bases on remote Arctic islands and to build new ones, as it pushes ahead with a claim to almost half a million square miles of the Arctic.

It regularly releases pictures of its troops training in white fatigues, wielding assault rifles as they zip along on sleighs pulled by reindeer.

Russia is building three nuclear icebreakers, including the world’s largest, to bolster its fleet of around 40 breakers, six of which are nuclear

The Arctic, the U.S. Geological Survey estimates, holds oil and gas reserves equivalent to 412 billion barrels of oil, about 22 percent of the world’s undiscovered oil and gas.

Low oil prices and Western sanctions imposed over Moscow’s actions in Ukraine mean new offshore Arctic projects have for now been mothballed, but the Kremlin is playing a longer game.

It is building three nuclear icebreakers, including the world’s largest, to bolster its fleet of around 40 breakers, six of which are nuclear. No other country has a nuclear breaker fleet, used to clear channels for military and civilian ships.

Russia’s Northern Fleet, based near Murmansk in the Kola Bay’s icy waters, is also due to get its own icebreaker, its first, and two ice-capable corvettes armed with cruise missiles.

“Under (Soviet leader Mikhail) Gorbachev and (Russian President Boris) Yeltsin, our Arctic border areas were stripped bare,” said Professor Pavel Makarevich, a member of the Russian Geographical Society. “Now they are being restored.”

The build-up, which echoes moves in Crimea and Kaliningrad, has been noticed in Washington. U.S. Defense Secretary James Mattis told his confirmation hearing this month it was “not to our advantage to leave any part of the world” to others.

Mattis, in a separate written submission, described Moscow’s Arctic moves as “aggressive steps” and pledged to prioritise developing a U.S. strategy, according to Senator Dan Sullivan.

That poses a potential dilemma for President Donald Trump, who wants to repair U.S.-Russia ties and team up with Moscow in Syria rather than get sucked into an Arctic arms race.

The build-up is causing jitters elsewhere. Some 300 U.S. Marines landed in Norway this month for a six-month deployment, the first time since World War Two that foreign troops have been allowed to be stationed there.

And with memories of Russia’s 2014 annexation of Ukraine’s Crimea still fresh, NATO is watching closely. Six of its members held an exercise in the region in 2015.

The Soviet military packed more firepower in the Arctic, but it was set up to wage nuclear war with the United States not conventional warfare. Arctic islands were staging posts for long-range bombers to fly to America.

But in an era when a slow-motion battle for the Arctic’s energy reserves is unfolding, Russia is creating a permanent and nimble conventional military presence with different and sometimes superior capabilities.

Sergei Shoigu, the defence minister, is presiding over the re-opening or creation of six military facilities, some of which will be ready by the year’s end.

They include an island base on Alexandra Land to house 150 troops able to survive autonomously for 18 months. Called the Arctic Trefoil, officials have said they may deploy military jets there. MiG-31 fighters, designed to shoot down long-range bombers, or the SU-34, a frontline bomber, are seen as suitable.

Moscow’s biggest Arctic base, dubbed “Northern Shamrock“, is meanwhile taking shape on the remote Kotelny Island, some 2,700 miles east of Moscow. It will be manned by 250 personnel and equipped with air defence missiles.

Soviet-era radar stations and airstrips on four other Arctic islands are being overhauled and new ground-to-air missile and anti-ship missile systems have been moved into the region.

“The modernisation of Arctic forces and of Arctic military infrastructure is taking place at an unprecedented pace not seen even in Soviet times,” Mikhail Barabanov, editor-in-chief of Moscow Defense Brief, told Reuters.

He said two special Arctic brigades had been set up, something the USSR never had, and that there were plans to form a third as well as special Arctic coastal defence divisions.

“Russia’s military activity in the Arctic is a bit provocative,” said Barabanov. “It could trigger an arms race.”

In Murmansk, home to Russia’s icebreakers and just an hour from the Northern Fleet’s headquarters, the prospect of an Arctic renaissance is a source of pride.

The city is steeped in Arctic and military history. The conning tower of the Kursk submarine, which sunk in 2000 after an explosion, looks down from a hill above the port.

And in central Murmansk, scale models of dozens of icebreakers crowd the halls of the Murmansk Shipping Company, while sailors, wrapped in great coats, barrel along its streets.

“These Arctic bases are on our territory. Unlike some other countries we are not building them overseas,” said Denis Moiseev, a member of the Russian Geographical Society.

“Other countries are also very active in trying to push their borders towards the North Pole. Our army must be able to operate on all our territory in extreme conditions.”

One country regularly mentioned as an unlikely Arctic rival is China, a close Moscow ally, which has observer status on the Arctic Council, the main forum for coordinating cooperation in the region, and is starting to build its own icebreakers.

Politicians are keener to discuss a commercial Arctic push.

New roads and a railway are being built and ports overhauled as Moscow expands its freight capacity and, amid warmer climate cycles, readies for more traffic along its Arctic coast.

It hopes the Northern Sea Route, which runs from Murmansk to the Bering Strait near Alaska, could become a mini Suez Canal, cutting sea transport times from Asia to Europe.

But while the route’s popularity inside Russia is growing, relatively high transit costs and unpredictable ice coverage means it has lost some of its lustre for foreign firms.

Grigory Stratiy, deputy governor of the Murmansk Region, told Reuters there was strong interest in sea route from Asian nations however and that new icebreakers would allow for year-round navigation in the 2020s.

“Whatever the weather, the Northern Sea Route will be needed. Its use will definitely grow,” said Stratiy, who said Russia was keen to attract foreign investment to the Arctic.

When asked about his country’s military build-up, he smiled.

“There’s no reason to be afraid I can reassure you,” he said, saying it was driven only by a need to modernise.

“Russia has never had any aggressive aims and won’t have them. We are very friendly people.”

Topic: Russian army in the Arctic 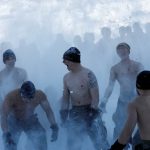 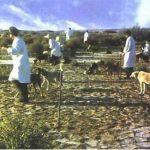