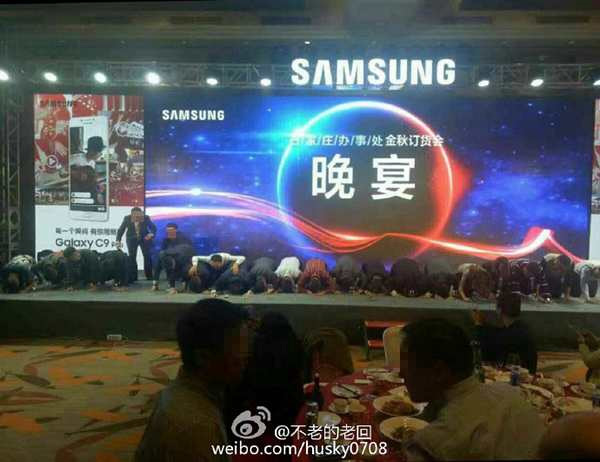 During a meeting in Shijiazhuang, Samsung Chinese executives got down on their knees to request more orders from dealers.

On Oct. 29 Bulaodelaohui, a Chinese Internet user, posted a picture showing several people kneeling on stage during a Samsung press conference. The executives were forced to kneel down and beg for orders. The user claimed Samsung disrespected Chinese culture and traditions, humiliating Chinese employees. Obviously, the post soon went viral on Chinese social media with the hashtag #SamsungMakesChineseKneelForSales. The post was viewed almost by almost 2 million people and gained many comments condemning Samsung for its inhuman behavior.

A press officer from Samsung China told to Thepaper.cn:”Despite the scandal of the Note 7 battery explosion, many dealers have shown their support for Samsung by ordering [our products], which has moved Samsung’s Korean executives. They knelt down to show their gratitude. Their Chinese counterparts were touched by the scene and also knelt down.”

The recent recall of the Galaxy Note 7 cut Samsung’s mobile business earnings 96% year-on-year in the third quarter of 2016, costing the company 87.6 million of USD, reaching the lowest level in eight years. 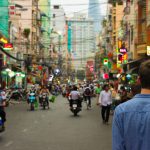