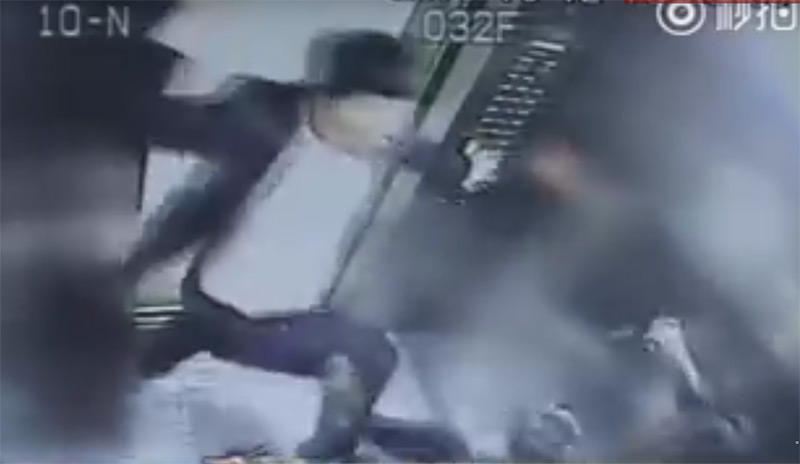 In the video, a man was seen beating a woman in front of her kid crying, after she asked him not to smoke. The video was recorded by a surveillance camera on October 12, in Langfang, Hebei.

As the man fled, Li, the woman, called the police. Local police are still hunting the man.