This pagoda near Fuzhou was known at the time as Lo-Sing, Pagoda Island. Fujian province was noted at the time for its many beauty spots, the River Min itself winding through spectacular tree-lined valleys and gorges. Thomson traveled extensively in Fujian province, formerly Fukien, southeast China, from late 1870 to early 1871. The book records his journey up the River Min by boat from Fuzhou to Nanping, a distance of about 160 miles. Thomson was one of the most significant travel photographer-explorers of the nineteenth century.

John Thomson (14 June 1837 – 29 September 1921) was a pioneering Scottish photographer, geographer, and traveler. He was one of the first photographers to travel to the Far East, documenting the people, landscapes, and artifacts of eastern cultures. Upon returning home, his work among the street people of London cemented his reputation and is regarded as a classic instance of social documentary which laid the foundations for photojournalism.

After a year in Britain, Thomson again felt the desire to return to the Far East. He returned to Singapore in July 1867, before moving to Saigon for three months and finally settling in Hong Kong in 1868. He established a studio in the Commercial Bank building and spent the next four years photographing the people of China and recording the diversity of Chinese culture.

Thomson traveled extensively throughout China, from the southern trading ports of Hong Kong and Canton to the cities of Peking and Shanghai, to the Great Wall in the north, and deep into central China. From 1870 to 1871 he visited the Fukien region, traveling up the Min River by boat with the American Protestant missionary Reverend Justus Doolittle, and then visited Amoy (Xiamen) and Swatow.

He went on to visit the island of Formosa with the missionary, Dr. James Laidlaw Maxwell, landing first in Takao in early April 1871. The pair visited the capital, Taiwanfu, before traveling on to the aboriginal villages on the western plains of the island. After leaving Formosa, Thomson spent the next three months traveling 3,000 miles up the Yangtze River, reaching Hupeh and Szechuan.

Thomson’s travels in China were often perilous, as he visited remote, almost unpopulated regions far inland. Most of the people he encountered had never seen a Westerner or camera before. His expeditions were also especially challenging because he had to transport his bulky wooden camera, many large, fragile glass plates, and potentially explosive chemicals. He photographed in a wide variety of conditions and often had to improvise because chemicals were difficult to acquire. His subject matter varied enormously: from humble beggars and street people to Mandarins, Princes, and senior government officials; from remote monasteries to Imperial Palaces; from simple rural villages to magnificent landscapes. [Wikipedia] 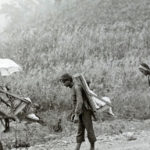 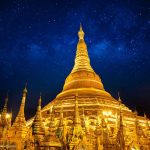