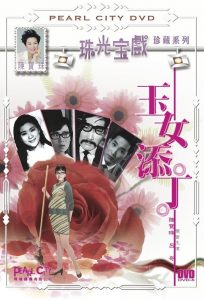 Chor Yuen crafted a stylish comedy-thriller with In My Dream Last Night, unfolding a mystery that keeps audiences guessing to the end.

In My Dream Last Night opens as a woman drives her car along a secluded road at night, stops at a verge, steps out and lets her car roll off a cliff. Post-credits, Cheung Siu-ong (Chow Chung) is driving home drunk and knocks down a woman (Nam Hung) on the street. Fearing trouble if he reports the accident, he takes her to his home. When she later wakes, the woman has no idea who she is or what happened, so Cheung lets her stay until she gets better. It soon turns out the woman’s name isn’t the only mystery. At night Cheung’s servant Shing (Ng Wui) spots the woman heading into the nearby woods, in a daze and dressed in white, before returning to bed.

And after Cheung, an amateur photographer, holds an exhibition with a shot of the woman, three sinister men separately come onto the scene, each claiming the lady as a relative and wanting to take her away. With conflicting stories coming left, right and centre, Cheung must sort out the fraudsters and deliver the woman to safety. Worthy of greater recognition for its mystery elements alone, In My Dream Last Night shows Chor Yuen well in control at the helm. Noirish stylings and suspenseful buildups characterise the film, set mostly after dark and with atmospheric images like a misty forest, overhead shots of rooms and swinging interior lights enriching scenes. Chow Chung puts in a wonderful performance throughout, stuck in an increasingly strange situation while continuing a fun nonsense comedy dialogue with his servant Shing. Nam Hung is delightfully ambiguous as the mystery woman, playfully frustrating the two men as the tension builds.