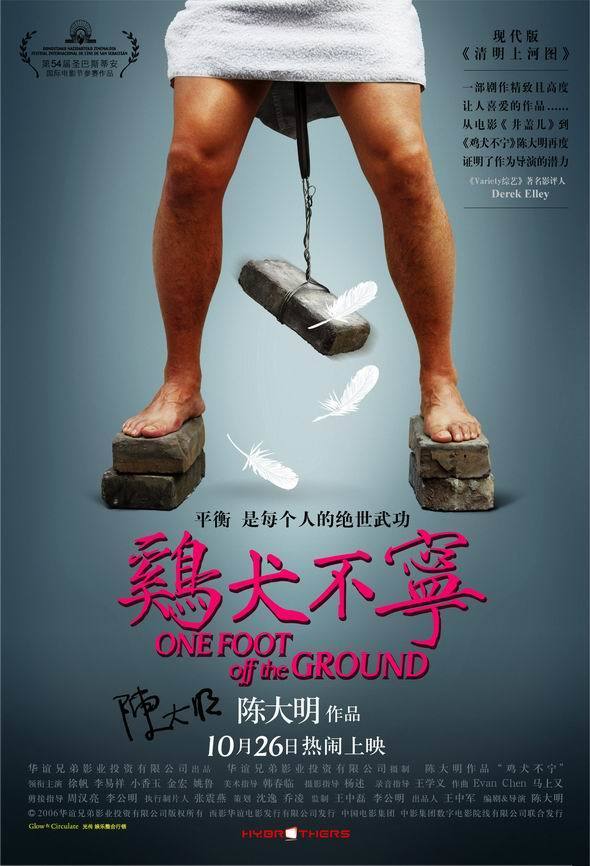 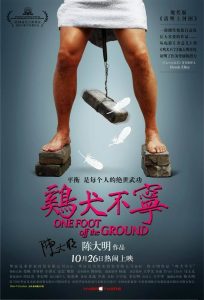 Collections: Daming Chen
Tagline: A comedy about losing your footing and regaining your balance.
Genres: Comedy

One Foot is a character-based comedy, a wryly observed, gently funny, deeply felt story of the members of a traditional opera troupe who face a contemporary China far different from the world they came from. The story is set in central China’s Henan province in the ancient capitals of Kaifeng and Luoyang (represented in the story by the fictional Daliang city).

It begins with the troupe’s leader Director Dong (Yu Genyi) crashing his bicycle and in the process losing his wallet, which contained the money he had raised to allow the opera troupe to continue. Unbeknownst to Dong, a fraud artist and pickpocket “F4” (a character named after the super popular Taiwanese boy band, and played by Jia Zhangke regular Wang Hongwei) snatches the wallet as Dong waits for an ambulance. Without the funds, Dong has no choice but to disband his troupe, who haven’t received their pay for months. Five members then seek to find their own ways in a China devoted to brutal market-place competition. The troupe’s star, Su Mei (played by TV, film and stage star Xu Fan) disappears to Shenzhen, in southern China, a place known for frontier capitalism and the shadiest kind of “entertainment” industries.

Her husband, Sihai (Jin Hong) decides to raise and sell dogs, whose value he finds he can enhance with a quick paint job: a white mutt can become an expensive Dalmatian with a few dabs of ink. Liu Bing (Yao Lu) has a photographic studio and developes a middle-aged lust for up and coming starlet Ju Hua (Ren Silu). And Ma San (Li Yixiang) trains his chicken to be a champion cock-fighter, though he has limited success in this black market small-city gambling racket. Soon fraudster F4 reappears in town, claiming to be a filmmaker, still holding onto that wallet with the troupe’s money. Su Mei returns and joins her jealously gossiping troupe-mates, who are reduced to performing desultory kitsch renditions of their repertoire in a traditional restaurant for a dwindling number of patrons. The inevitable catfight ensues. When Director Dong reappears, and tries to reactivate the troupe, its members have been put through the wringer of their various love, money, and career pressures. What’s remarkable about Chen Daming’s film is the way it embraces and respects all of its main characters.

The jokes, farcical situations, and amusing dialogue all stem from three dimensional, compassionately articulated characters whom the fine cast animates with energy and precision. Layered on top of this is a cleverly structured screenplay whose puzzle structure only becomes clear towards the end of the film (I won’t give it away in advance, though remembering a key quote from All the President’s Men wouldn’t could be helpful). With a light hand, One Foot showcase the rich legacy of a past and culture being left behind. We see this in the way, even now, children still undergo the strenuous training required to perform traditional Henan Yu Opera.

But, as one character points out, the kids are only there for the free room and board, since there is no future in an opera career. The Kaifang and Luoyang settings, too, are neatly exploited for their legacy of old neighbourhoods, lanes, and architecture, all implicitly threatened by the cities’ inhabitants rush to make as much money as quickly as possible, heritage be damned. But the film keeps a positive and optimistic attitude in the face of pell mell social change, banking on the decency and industry of its characters to overcome every kind of obstacle in their paths.