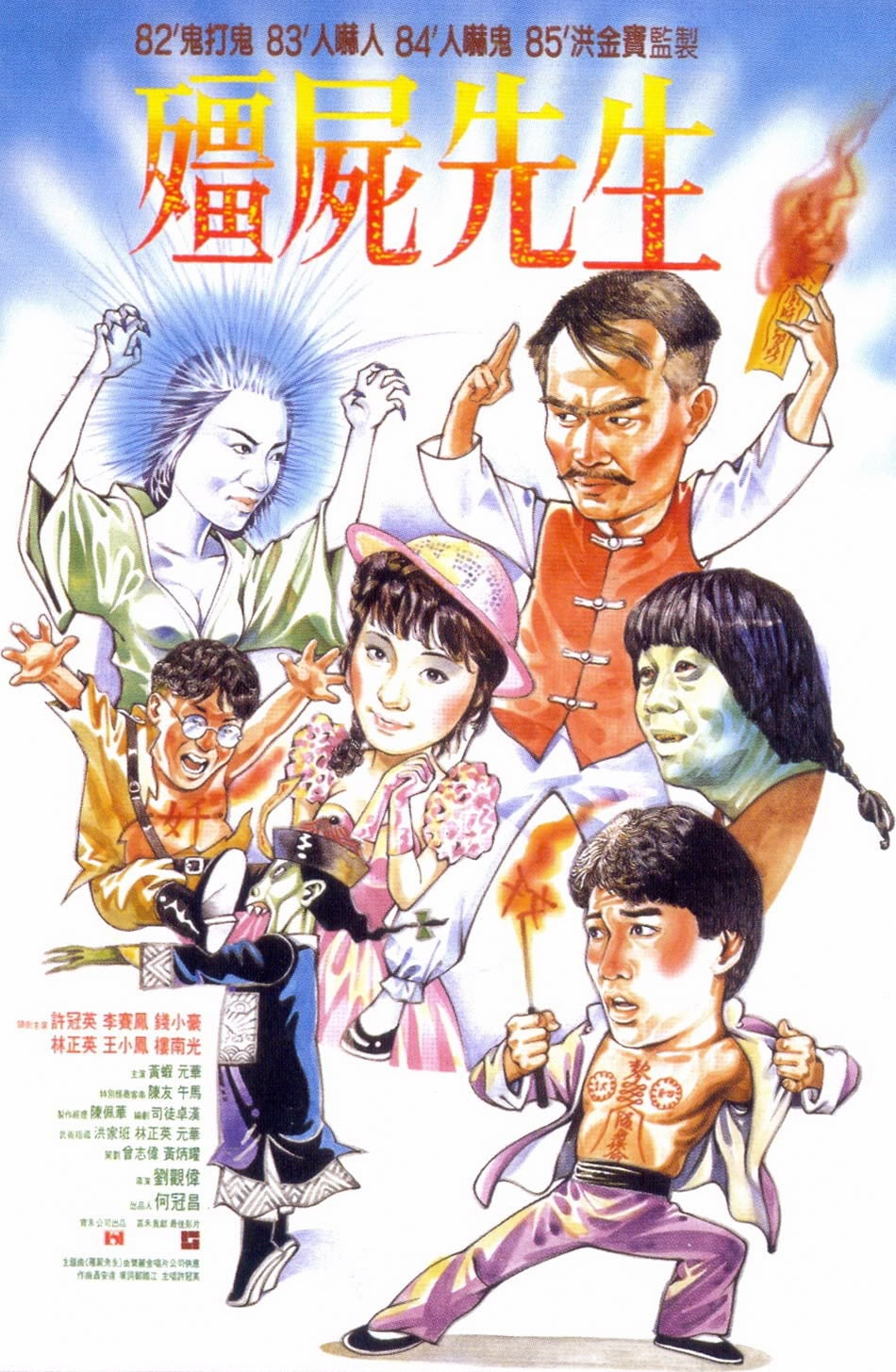 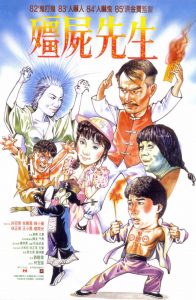 The planned reburial of a village elder goes awry as the corpse resurrects into a hopping, bloodthirsty vampire, threatening mankind.

Mr. Vampire is a 1985 Hong Kong comedy horror film directed by Ricky Lau in his directorial debut, and also produced by Sammo Hung. The film’s box office success led to the creation of a Mr. Vampire franchise, with the release of four sequels directed by Ricky Lau from 1986 to 1992, and subsequent similarly themed films with different directors released between 1987 and 1991. The Vampire of the film is based on the jiangshi, the hopping corpses of Chinese folklore. The film was released under the Chinese title 暫時停止呼吸 (literally: Hold Your Breath for a Moment) in Taiwan. The film was the breakthrough success of the jiangshi genre, a trend popular in Hong Kong during the 1980s, and established many of the genre’s recognisable tropes.

Master Kau is a Taoist priest who performs magic that maintains control over spirits and irrepressible vampires. Together with his inept students, Man-choi and Chau-sang, he resides in a large house protected from the spiritual world with talismans and amulets.

One day, he accepts an assignment from a wealthy businessman, Yam, to remove Yam’s deceased father from his grave and rebury him, with the hopes that doing so will bring more prosperity to the Yam family. Unfortunately, upon opening the coffin, Kau notices the body is still intact, even though it has been years since he died. Realising that it is a vampire, Kau orders it to be moved to his house for further study and to be subject to spells that will prevent it from awakening. Kau deduces that Yam’s father had died angry, and his last breath became stuck in his body for years, causing it to keep him “alive” and reducing it to a mindless state.

Once in the house, Choi and Sang cover the coffin with enchanted ink to keep the vampire from escaping. However, they forgot to cover the bottom of the coffin, and the vampire breaks out two nights later and escapes from the house, heading straight for Yam’s home. It savagely kills Yam and goes into hiding before morning.

Wai, an incompetent police inspector who is smitten with Yam’s daughter Ting, blames Kau for murdering Yam and arrests him. Kau is imprisoned in the local jail and Yam’s body is placed in a makeshift morgue nearby. Choi stays at Yam’s house to protect Ting. Sang breaks in to free his master, only to witness Yam reawakening as a vampire. Kau and Sang engage it in battle and kill it. Wai realises his mistake in framing Kau earlier and accepts the fact that another vampire is on the loose.

The vampire again invades Yam’s house, forcing Choi and Ting to hide. Kau and Sang arrive in time to wound it in battle and forcing it to flee, but not before it attacks and critically wounds Choi. Kau invites Ting to stay at his house for safety. The next morning, after examining Choi’s wounds, Kau claims he too may become a vampire. He orders Sang to feed Choi with glutinous rice, claiming it may decrease the vampire’s venom in Choi’s body and bring him back to his normal state. While shopping for the rice, however, Sang fails to notice that the shady merchant deliberately mixed different kinds of rice in the bag. While Sang rides home, he is lured by a mysterious woman into her home. He soon deduces she is a spirit, but she uses her supernatural power to seduce him. They sleep together for the night.

When Sang arrives back at Kau’s house, the priest is quick to notice his student’s predicament. That night, he silently follows Sang to the spirit’s house. The spirit transforms into a hideous ghoul and attempts to kill Kau, but fails at the hands of his talismans. She bewitches Sang to turn on his master, but after a brief fight, Kau breaks the spell and she escapes.

The next night, Kau ties Sang to a chair and prepares to capture and eliminate the spirit. Sure enough, she arrives at their house and Kau chases her throughout. As Sang tries to free himself, Choi turns into a vampire and attacks him. Amidst the chaos, Kau restrains Choi and almost terminates the spirit, but stops when Sang begs him to let her go. Saddened she can no longer be with Sang, the spirit flies away.

Over the next few days, Kau restores Choi’s health and turns him back to human. Wai brings in news that the vampire is now active again. When Kau leaves to investigate, the vampire, now in an almost demonic form, invades Kau’s place. After pushing Choi off a balcony, it turns its attention to Ting and Wai, but Kau and Sang again divert its attention. Their combined efforts, however, are not enough to destroy it. Finally, Kau’s fellow Taoist priest, Four Eyes, shows up by coincidence, and they manage to destroy the vampire by burning it alive. The film ends with Four Eyes realising that the vampires he is escorting have accidentally been destroyed in the fire as well. [wikipedia]