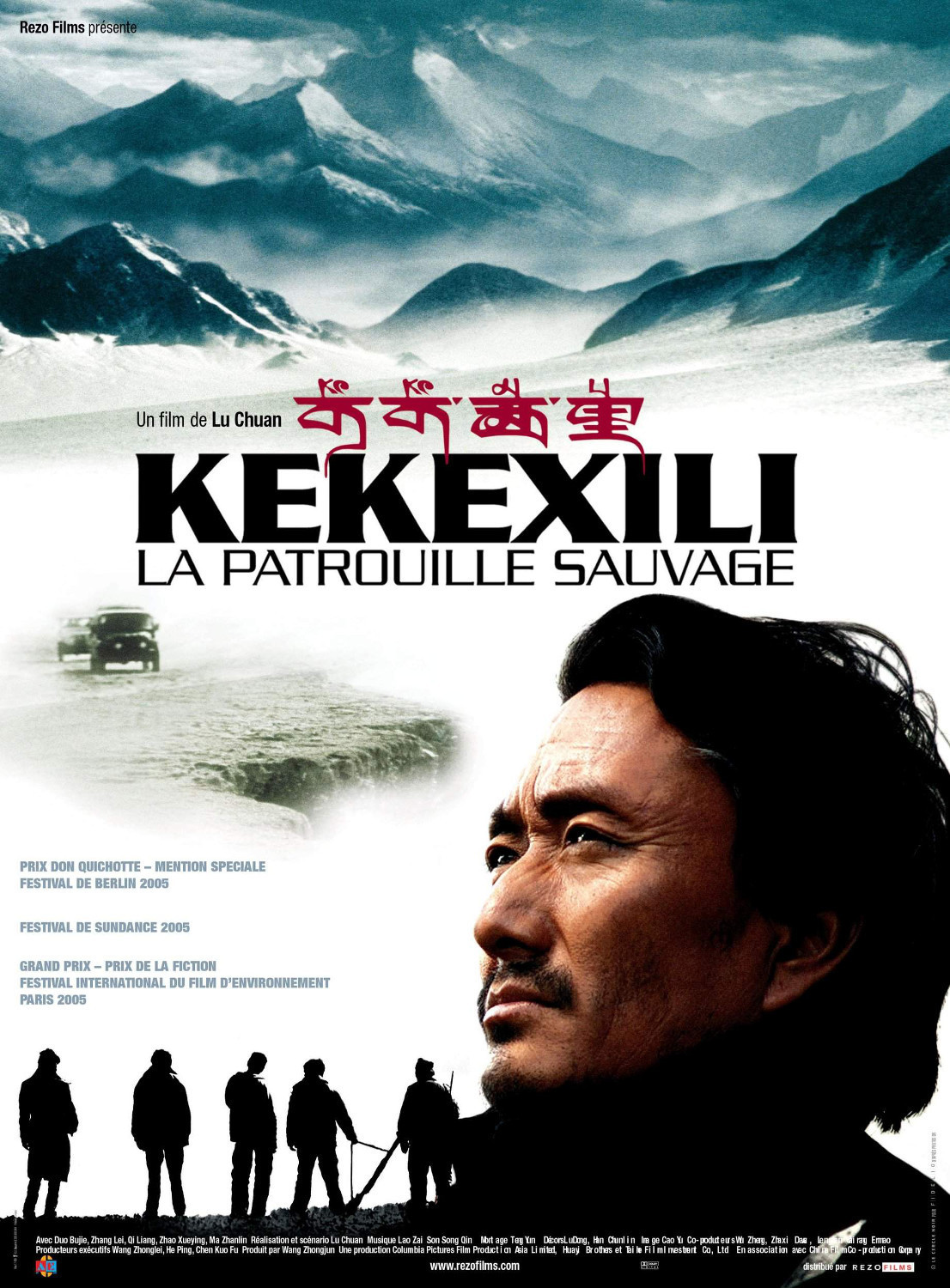 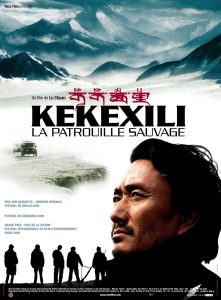 A moving true story about volunteers protecting antelope against poachers in the severe mountains of Tibet.

A moving true story about volunteers protecting antelope against poachers in the severe mountains of Tibet.

Kekexili: Mountain Patrol (Chinese: 可可西里; pinyin: Kěkěxīlǐ) (ཨ་ཆེན་གངས་རྒྱལ། in Tibetan) is a 2004 film by Chinese director Lu Chuan that depicts the struggle between vigilante rangers and bands of poachers in the remote Tibetan region of Kekexili (Hoh Xil).

It was inspired by the documentary Balance by Peng Hui.

Despite its realistic, detached style, the film evokes the dramatic Western genre in several ways. This includes the portrayal of a masculine, harsh way of life and culture of honor at the frontier of civilization; but also the depiction of a rugged, majestic landscape (captured to great effect by cinematographer Cao Yu) that becomes a star of the film. This characterization is made explicit when the characters profess their love for their homeland, whose very name evokes “beautiful mountains, beautiful maidens” to them.

The film was inspired by the Wild Yak Brigade, a real-life volunteer group that patrolled the Tibetan Plateau during the 1990s, and events that took place between 1993-1996.

Ritai is the leader of the vigilantes who, despite poverty and the lack of any government support, roam the land to protect the endangered Tibetan antelope from extinction.

Ga questioned the sales of antelope skins and learns from Ritai that they have received no funds from the government for at least a year.

Ritai ask them to wait for the other car to return and pick them up, but severe weather forces them to trek their way home.

Liu Dong, travelling alone on the way back to join Ritai with his vehicle fully stocked with supplies, is swallowed by dry quicksand when his vehicle gets stuck.

Ritai’s body is brought back home for a Sky burial.

After the authorities initially arrested four patrol members for selling pelts, public pressure had them released, but the patrol is nevertheless disbanded.